‘Denial’ honors the memory of the Holocaust by debunking its deniers 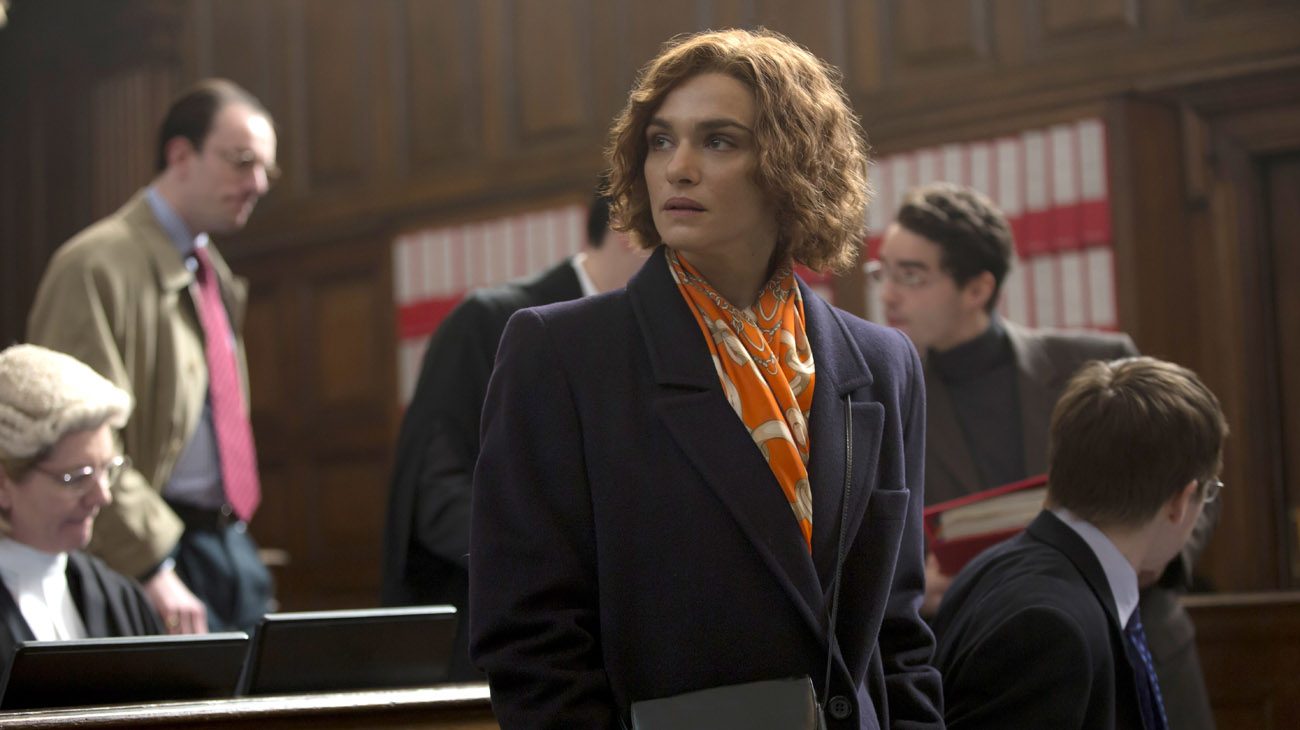 Rachel Weisz stars in a scene from the movie "Denial." (CNS photo/Bleecker Street)

NEW YORK (CNS) — A prominent attempt to erase one of history’s most notorious genocides — and the possible strategies for defeating that effort — are explored in “Denial” (Bleecker Street).

In her 1993 book, “Denying the Holocaust: The Growing Assault on Truth and Memory,” Lipstadt had labeled Irving a Holocaust denier. Following the appearance of a British edition of the work, Irving sued both Lipstadt and her U.K. publishers, Penguin Books.

Lipstadt believes that passionate testimony from survivors can prove the existence of the Holocaust and win a difficult trial in which, under British law, the burden of proof is on the defendant. Her expert lawyers are determined to bore in instead on the false theories espoused by Irving, a churlish self-taught historian of World War II who’s gone over to the dark side.

Sourced from Lipstadt’s 2005 memoir, “History on Trial: My Day in Court with a Holocaust Denier,” David Hare’s script mostly avoids courtroom histrionics in favor of delineating how the defense arguments were constructed. He also shows how Lipstadt, a professor of Jewish history at Emory University in Atlanta, misunderstood her legal team’s tactics nearly to the end of the trial.

The big break in the actual proceedings, held in London in 2000, was Irving’s misguided decision to serve as his own prosecutor, rather than use barristers to represent him. An additional advantage was gained when, in keeping with the rules of evidence, the defense was given access to Irving’s vast diaries, compiled over 20 years.

The film’s emotional heart is in quiet scenes filmed at the Auschwitz death camp in Poland, where Jackson takes care to show melting snow on barbed wire as if the fences are weeping. Here, too, Lipstadt recites El Maleh Rachamim, the traditional funeral prayer of Ashkenazi Jews.

The camp, of course, offers its own indisputable testimony in the form of its gas chambers. But lead barrister Richard Rampton (Tom Wilkinson), who’s been taking notes on how the executions operated, uses the setting to observe that the lack of a complete scientific investigation of the death machinery has given a foothold for cranks like Irving. They insist that Zyklon B, manufactured as a pesticide, was used only for delousing, not mass murder.

There’s no real question of how the trial will end. Spall plays Irving with bug-eyed malevolence. Irving even goes so far as to turn up at one of Lipstadt’s book readings to heckle her and announce that he’ll give $1,000 in cash to anyone who can prove that Hitler intended to slaughter Jews.

To keep control over the testimony and deny Irving a forum for grandstanding, Lipstadt’s lawyers refused to put either their client or any victims of the Holocaust on the stand. In response to Lipstadt’s pleas for a contrary approach, solicitor Anthony Julius (Andrew Scott) admonishes her, “A trial, I’m afraid, is not therapy.”

“Denial” makes a powerful point about moral as well as intellectual truth. Gainsayers of the worst horrors will always be with us, but they must be fought at every turn.

The film contains detailed discussions of atrocities and a single rough term. The Catholic News Service classification is A-III — adults. The Motion Picture Association of America rating is PG-13 — parents strongly cautioned. Some material may be inappropriate for children under 13.

PREVIOUS: ‘Monsters’ may be one of your favorite things

NEXT: Memoir on path to Catholicism could inspire many