Critics of Congolese relief project got it wrong, CRS says 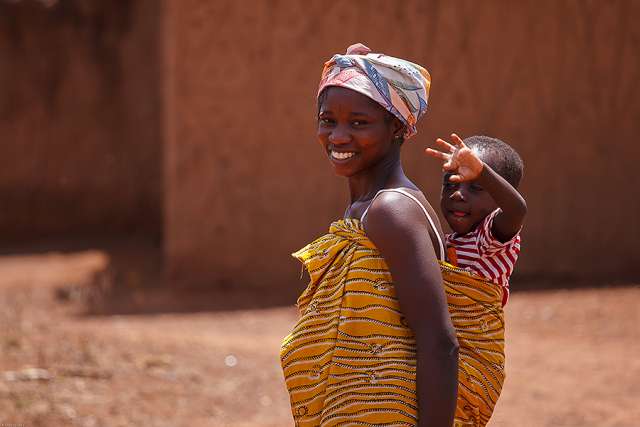 BALTIMORE (CNA) — Catholic Relief Services (CRS) says claims that it took part in contraceptive distribution as part of a Congolese aid project were based on a lack of clarity in the project reports.

“Those who are concerned by these allegations can take further reassurance from the 12 bishops on our board, the USCCB and Congolese Bishops’ Conference who all continue to stand by us,” Catholic Relief Services told CNA Oct. 24.

CRS is the official overseas relief and development agency of the United States Conference of Catholic Bishops (USCCB) based in Baltimore.

On Oct. 17, the Lepanto Institute website charged that public reports about the Catholic relief agency’s participation in the Project AXxes mother and child health project showed that it received and distributed contraceptives. The project took place in the Democratic Republic of Congo from 2006 to 2010, with funding from the U.S. Agency for International Development.

“CRS currently uses an elaborate ongoing review process for our programming, involving bishops on our board and top moral theologians, to ensure that we uphold Catholic teaching in all we do. If we ever do find a problem, we correct it immediately,” the relief agency said in an Oct. 19 response.

CRS said it promoted natural family planning and distributed cycle beads for this purpose. It said the Lepanto Institute did not contact the agency about the Congolese project report. Such a query “would have provided clarification.”

Catholic Relief Services said that the Project AXxes reports “do indeed seem to show CRS as receiving contraceptives,” but said the report used “unclear wording” and was prepared by “another organization that did not understand how important absolute clarity on this point is to CRS.”

The agency said another implementing organization of the project, IMA World Health, was responsible for “an alternative mechanism for the training, storage and distribution of contraceptive products,” according to an Oct. 5 letter from Richard Santos, president of IMA World Health and the lead partner in Project AXxes.

Santos said it is “plausible that reports are unclear to an outside person,” but the project reports attributing responsible zones to CRS do not mean it provided all services in the area.

The Lepanto Institute, citing publicly available inventory reports, had charged that Catholic Relief Services stored and dispensed 2.25 million units of abortifacient contraceptives and condoms in the Democratic Republic of Congo as part of Project AXxes. The project’s final report said a “key objective” was “the provision of high quality, integrated and accessible family planning services,” including provision of “a full complement of family planning methods.”

The Lepanto Institute is headed by Michael Hichborn, formerly of the American Life League. It lists no other staff on its website.

The Conference of Congolese Bishops in a Sept. 29 letter said it “stands behind the work” of CRS.

The relief agency also cited the U.S. Conference of Catholic Bishops’ Administrative Committee’s 2013 statement that Catholic Relief Services’ public critics “do not speak for the Catholic Church” and that the faithful should “exercise caution and consult the CRS website for clarification before endorsing or giving credence to the groups’ critiques.”