‘Almost Christmas’ is almost a classic, but not quite 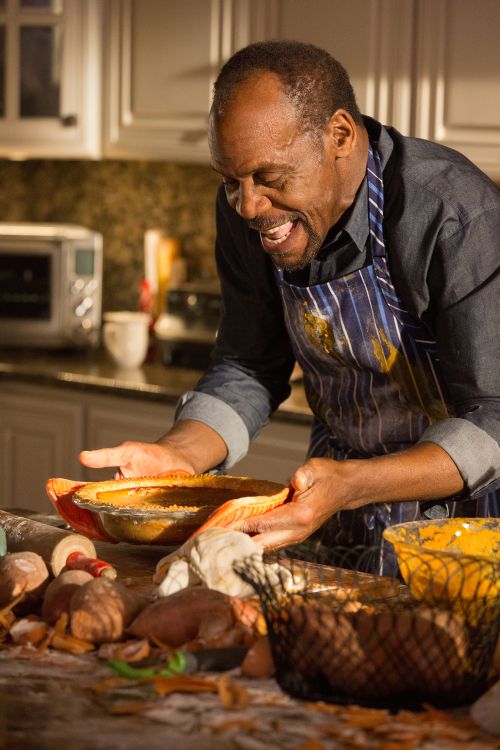 Danny Glover stars in a scene from the movie “Almost Christmas.” (CNS photo/Universal)

While its fundamental values are savory enough, however, dialogue larded with vulgarity taints the familiar recipe Talbert employs. Along with some mature themes and references, that makes the resulting dish unfit fare for kids.

As yuletide approaches and his combative relatives gather at his Birmingham, Alabama, home, recently widowed family patriarch Walter Meyers (Danny Glover) has only one goal in mind: keeping the peace. The principal challenge to his desire for harmony comes from the longstanding rivalry between his two daughters, successful dentist Cheryl (Kimberly Elise) and cash-strapped, newly divorced single mom Rachel (Gabrielle Union).

The roving eye of Cheryl’s husband, Lonnie (JB Smoove), as well as the unresolved grief and consequent prescription-drug addiction of Walter’s youngest child, college athlete Evan (Jessie T. Usher), also threaten to cause disruption. So, too, does the sassy tongue of Walter’s good-hearted sister-in-law, May (Mo’Nique), a globetrotting backup singer.

As the dysfunction-driven proceedings follow their predictable path, the mood ranges from raucous to sentimental. Talbert uses flashbacks to showcase the model marriage Walter shared with Grace (played in youth by Rachel Kylian and in maturity by A. Sabrena Farmer). His script also sends the whole clan to an upbeat church service and some of its members to help out at a homeless shelter.

Despite Walter’s long-standing attachment to it, the latter institution is endangered by the political ambitions of his elder son, would-be congressman Christian (Romany Malco). At the behest of his scheming campaign manager, Alan Brooks (John Michael Higgins), Christian agrees to seek the backing of real estate developers who want to gentrify the area around the shelter, forcing it to shutter or relocate.

The sadness caused by Grace’s absence receives more skillful treatment than the machinations. On the whole, though, “Almost Christmas” fails to make much of a lasting impression. In fact, it’s likely to have dropped from viewers’ memories by the time this year’s crop of indoor evergreens hits the mulcher.

The film contains off-screen adultery, drug use, some sexual humor, a few instances of profanity, a handful of milder oaths and frequent crude and crass language. The Catholic News Service classification is A-III — adults. The Motion Picture Association of America rating is PG-13 — parents strongly cautioned. Some material may be inappropriate for children under 13.