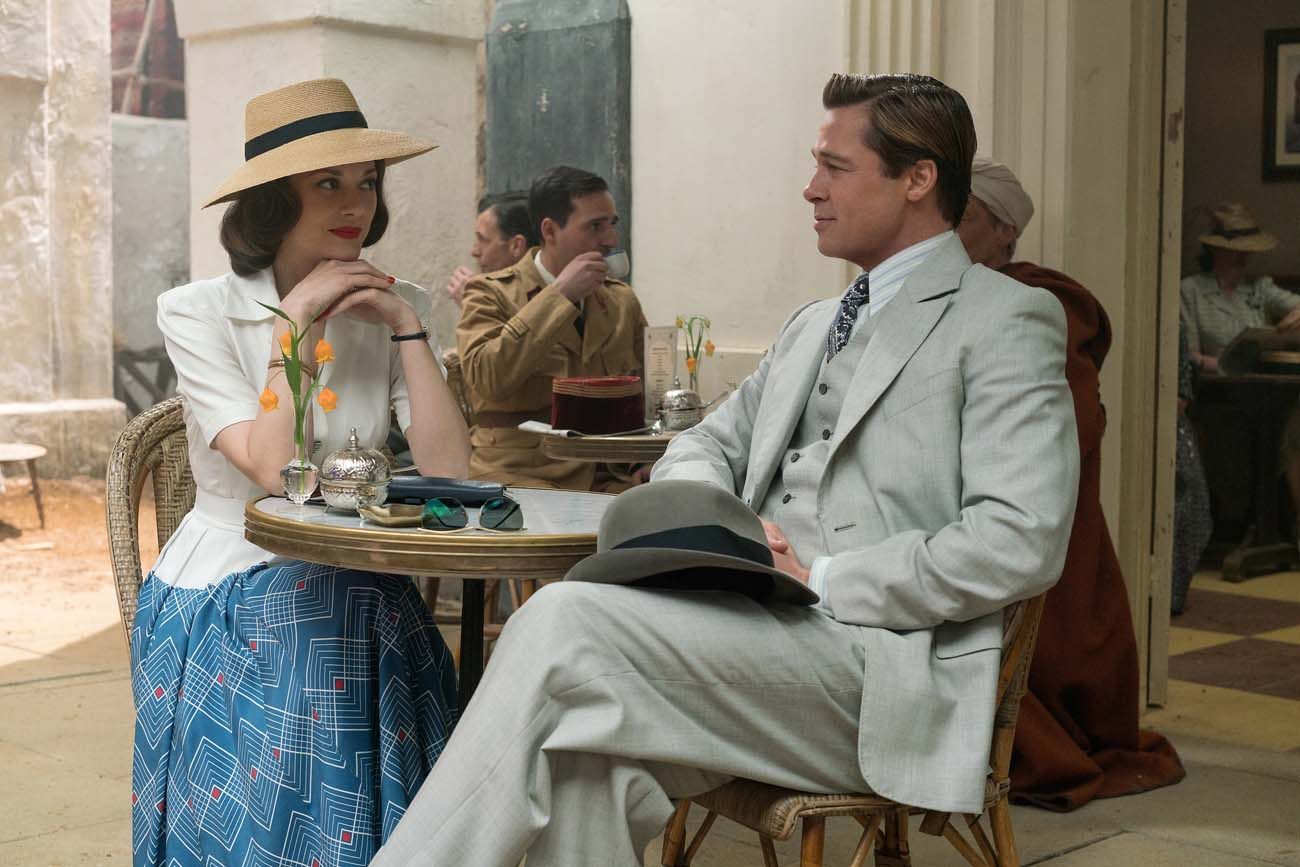 NEW YORK (CNS) — Like time travelers from the Golden Age of Hollywood studio films, the characters played by Brad Pitt and Marion Cotillard in “Allied” (Paramount) don’t allow a little event like World War II to muss their elegant coifs.

Whether taking out the German ambassador in Casablanca with their burp guns or having their daughter born outdoors in London during an air raid, this perpetually chic couple keeps matters neat and nice, laundered and pressed.

This is not necessarily a bad thing. The overwrought plot — which combines doomed love, purse-lipped Nazis and occasional choruses of chanteuse Rina Ketty’s occupation-resonant hit “J’attendrai” (“I Will Wait”) — has no surprises.

So why not enjoy the journey as a costume drama? Cotillard’s impressive collection of silk negligees and Pitt’s crisp double-breasted suits are their own show.

The downfall of such an approach comes, however, when the duo shed their clothes — as they do more than once — to demonstrate that they are lustily in love. These peeks into the bedroom considerably restrict the appropriate audience for director Robert Zemeckis and screenwriter Steven Knight’s drama.

Pitt’s Max, a Canadian wing commander, and Cotillard’s Marianne, a French resistance fighter with a murky past, are first shown as part of an espionage operation in which they have to pass themselves off as husband and wife.

In keeping with the cherished rules of this formula, they hit it off for real, and decide on a hasty wedding in London, despite a warning from Max’s commanding officer, Frank (Jared Harris). “Marriages made in the field,” he admonishes, “never work.”

Oh, but theirs flourishes. At least, it does so until Max is summoned to an underground warren to be informed that British intelligence thinks Marianne, who allegedly took part in a botched mission in Paris, may not be the person she appears to be. In fact, she may be passing secrets to the enemy.

The resulting stakes are nothing short of staggering: If the accusation against Marianne turns out to be true, Max himself will be obliged to shoot her.

PREVIOUS: ‘Bleed for This’ gets boxing’s brutality right, and its language