‘Bleed for This’ gets boxing’s brutality right, and its language 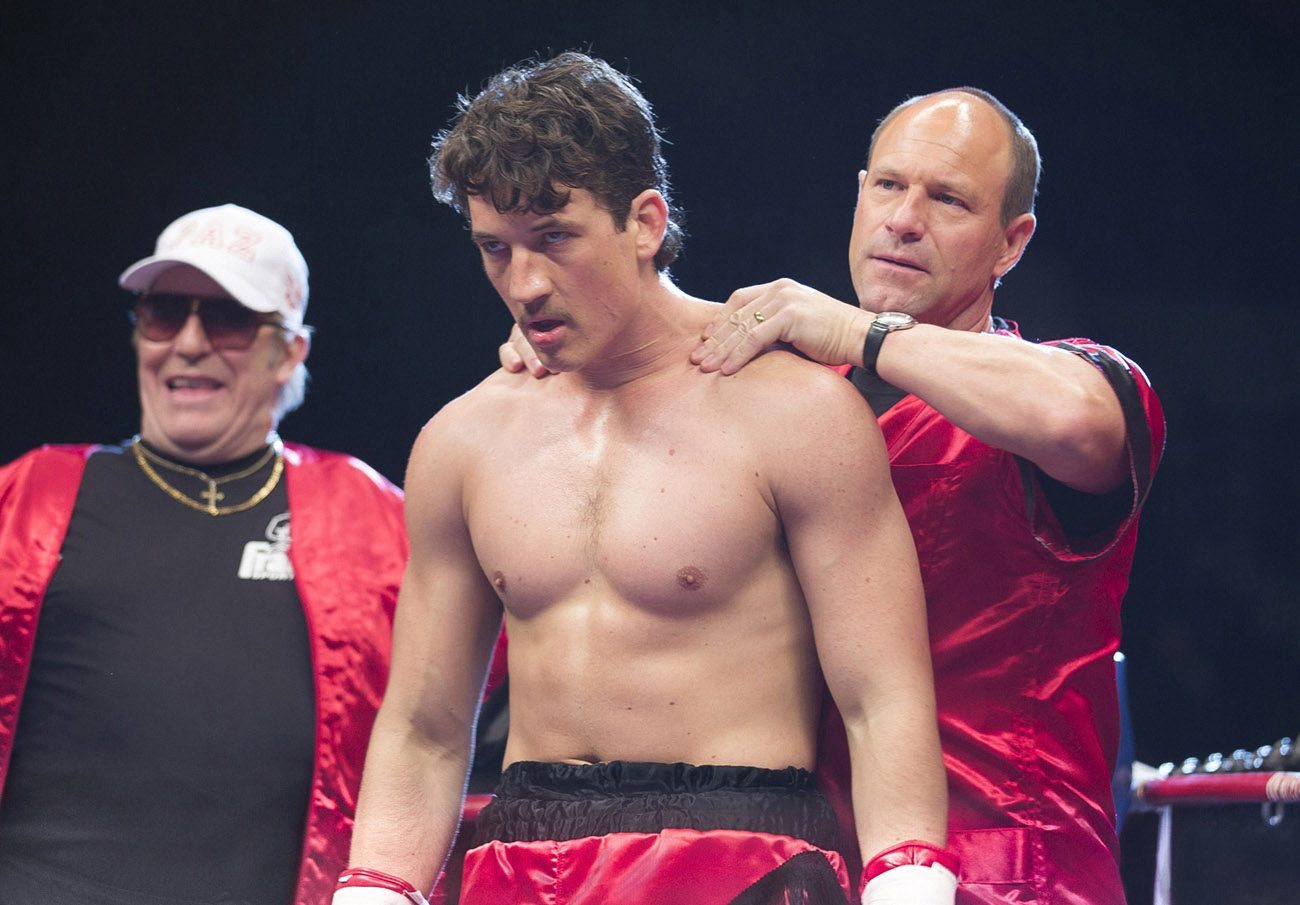 NEW YORK (CNS) — No boxing movie can ignore the fact that inflicting and enduring physical damage is an essential part of the sport.

The question is whether and how a particular film succeeds in finding drama in — and thus teasing out meaning from — the bodily harm that inevitably occurs.

As its title suggests, “Bleed for This” (Open Road) doesn’t try to gloss over boxing’s inherent brutality and violence. Fortunately, it doesn’t wallow in it either, and is not excessively graphic.

In telling the story of real-life pugilist Vinny Pazienza, nicknamed “The Pazmanian Devil,” it strikes a balance between truthfully depicting the physical suffering and making inflated claims about what it might signify.

Yet, while the film’s visuals are kept within the bounds of taste, the dialogue is another matter. The preponderance of offensive language is such that it disqualifies this aesthetically impressive movie from receiving approbation.

Hailing from Cranston, Rhode Island, Pazienza (Miles Teller) was a champ in the super lightweight division during the mid-1980s. But by 1988, when the movie begins, his career has stalled.

After his manager drops him, he joins forces with down-and-out trainer Kevin Rooney (Aaron Eckhart). Rooney moves him up in weight class and the results are excellent.

Then, tragically, Vinny breaks his neck in a car accident and faces the prospect of never walking again, let alone returning to the ring.

While mounting an incredible comeback, Pazienza is supported by his tight-knit, Italian-American family, in particular by his father, Angelo (Ciaran Hinds), a gym owner who has guided his son’s career. The ordeal will test the limits of their bond, as well as Vinny’s relationship with the alcoholic Rooney.

Using a spare script and unadorned visual style, writer-director Ben Younger boils Vinny’s story down to its essentials. He doesn’t sugarcoat, intellectualize or emotionalize. And he refrains from offering a psychological analysis or a technical study of boxing.

If Younger had shown similar restraint in choosing the words he puts into the mouths of his cast, his gritty but artistic character study might have been endorsable for at least some adults.

The film hinges on the phenomenal performance of Miles Teller, a fast-rising actor who is no stranger to playing figures driven to physical and mental extremes — his role in 2014’s “Whiplash” springs immediately to mind. In addition to convincingly embodying Pazienza’s brawling, go-for-broke fighting style, Teller adeptly communicates the quiet, interior side of his struggles.

For six months following his accident, Vinny wears a Halo, a medical contraption designed to prevent his spinal cord from severing. The Christian symbolism of the device is difficult to ignore, though for Vinny it’s more like a crown of thorns than a saint’s nimbus. Yet Younger leaves it to the viewer to consider the implications, if any.

This refusal to probe too deeply beneath the surface or speculate about motives has a plus side when it comes to the Catholic faith of Vinny’s mother, Louise (Katey Sagal). Unable to bear watching him fight, during his bouts she prays the rosary while sitting at home in a small nook filled with votive candles and other devotional objects.

Many contemporary filmmakers would handle this with condescension or humorous derision. Younger treats it matter-of-factly and without judgment.

Not pretty or glamorous, the movie gains authenticity through exacting period details (costumes, cars and decor) as well as the liberal use of actual footage from news programs and other coverage of Pazienza’s story. The sound design is also highly evocative.

Rooted in respect for the so-called “sweet science,” for Vinny’s grit and fortitude, and for the blue-collar milieu he came from, “Bleed for This” doesn’t shy away from showing flaws. Younger is willing to let his protagonist’s achievement speak for itself.

PREVIOUS: ‘The Edge of Seventeen’ goes over the edge of exploitation