It’s still a wonderful life, if you ‘Believe’ 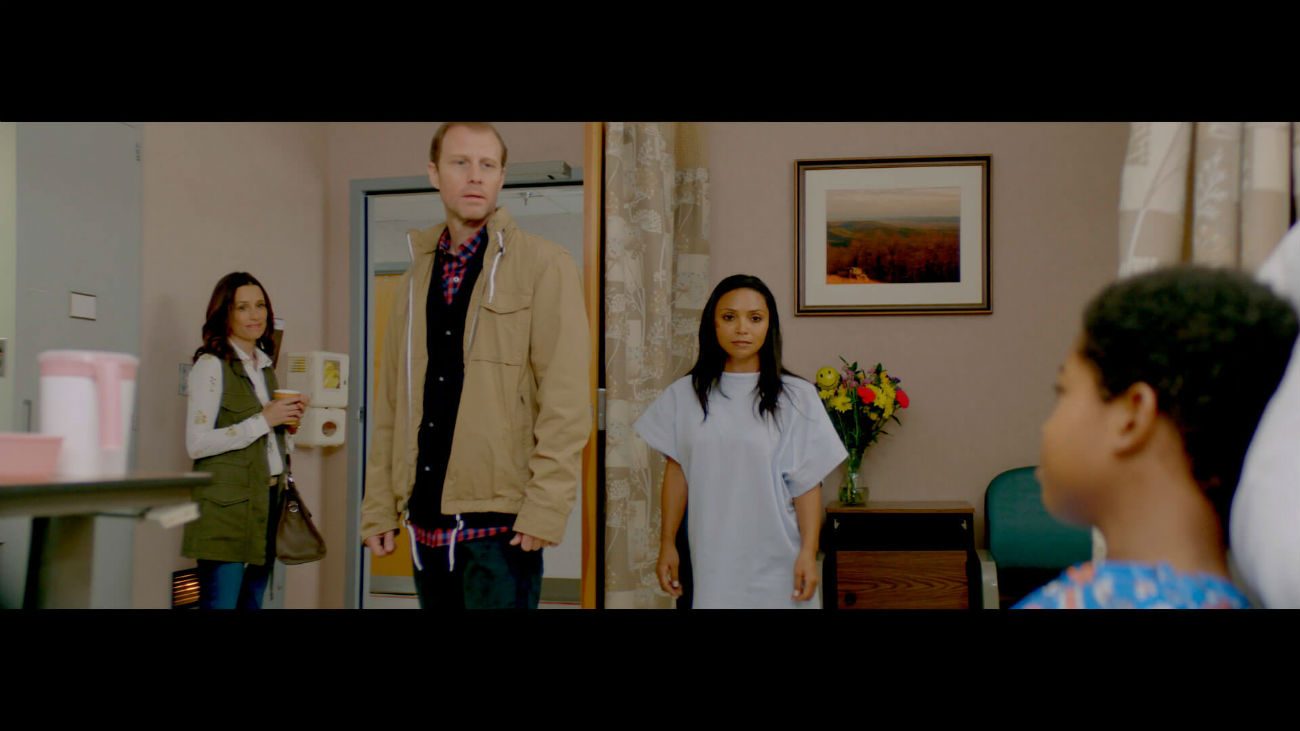 Shawnee Smith, Ryan O'Quinn, Danielle Nicolet and Issac Ryan Brown star in a scene from the movie "Believe." The Catholic News Service classification is A-II -- adults and adolescents. The Motion Picture Association of America rating is PG -- parental guidance suggested. Some material may not be suitable for children. (CNS photo/Believe the Film)

NEW YORK (CNS) — Evangelical Christian faith hovers in the background of the holiday-themed drama “Believe” (Freestyle). Though not as rose-colored in its outlook as some religiously-inspired projects, the movie — which is suitable for most age groups — lacks polish.

Cash-strapped factory owner Matthew Peyton (Ryan O’Quinn) faces both the impending collapse of his business and the end of the annual Christmas fair his family has long sponsored in his small hometown. In fact, he’s in danger of becoming a local pariah since not only are his workers on strike against him, but his neighbors — many of whom make a substantial profit from the carnival, though he puts it on for free — stand to lose out as well.

As Matthew struggles to decide whether to sell his company to save the festival, he draws support from his best friend since childhood, physician Nancy Wells (Shawnee Smith). He also gets emotional backup from a duo of newfound acquaintances: impoverished, ailing single mother Sharon Joseph (Danielle Nicolet) and her indefatigably cheerful little boy, Clarence (Issac Ryan Brown).

Matthew met the Josephs when Clarence took on the role of good Samaritan, rescuing Matthew after he was beaten up by thugs who also set his car on fire. This physical attack is only the starkest of the negative developments Job-like Matthew must cope with as the often downbeat proceedings move forward.

Matthew has moments of self-doubt and occasionally seems to give in to despair. He also doesn’t shy away from confrontation with his opponents, which helps give “Believe” the kind of dramatic backbone faith-driven movies often lack.

That’s all the more welcome since at least some viewers are likely to react to Clarence’s unquenchable good humor, and the cavorting by which he gives vent to it, with an echo of W.C. Field’s famous growl, “Go away, kid, you bother me.”

Still, Clarence manages to brighten Matthew’s mood as the latter doggedly holds out for a Capraesque happy ending. Along the way, writer-director Billy Dickson mostly avoids preachiness and keeps the imperative of his title Bible-based but nondenominational.

Mention of golden-age Hollywood director Frank Capra is almost inevitable, given that both Clarence’s name and his ambition to play an angel in the pageant that caps off the Christmas fair obviously recall Capra’s much-cherished yuletide classic “It’s a Wonderful Life,” in which Henry Travers played an eponymous heavenly messenger. Similarly, Matthew’s plight mirrors that of Jimmy Stewart’s George Bailey in the earlier film.

While “Believe” is hardly in the same league as the beloved predecessor it evokes, the absence of most objectionable material does make it a safe choice for a large cross section of the family.

The film contains some nonlethal violence and a single crass term. The Catholic News Service classification is A-II — adults and adolescents. The Motion Picture Association of America rating is PG — parental guidance suggested. Some material may not be suitable for children.

PREVIOUS: Director Martin Scorsese talks about his home in the Catholic faith

NEXT: Scholar explores significance of menorah to Jews, Christians, Muslims