Director Martin Scorsese talks about his home in the Catholic faith 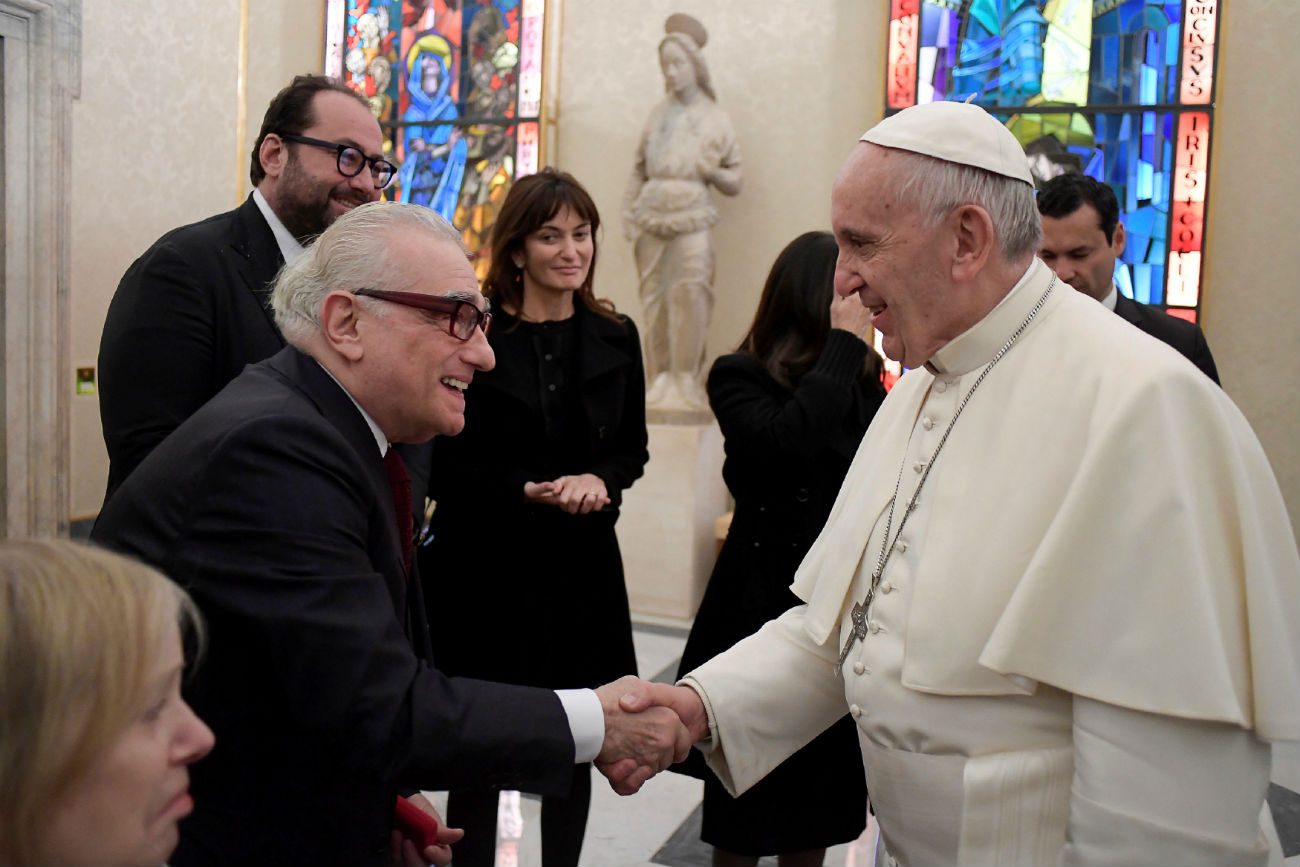 ROME (CNS) — In two long interviews with Jesuit publications, director Martin Scorsese described his new film “Silence” as a major stage in his pilgrimage of faith, a pilgrimage that included flunking out of the minor seminary, investigating other religions and recognizing that the Catholic Church was his home.

Growing up in New York, “I was extraordinarily lucky, because I had a remarkable priest, Father (Frank) Principe. I learned so much from him, and that includes mercy with oneself and with others,” Scorsese told Jesuit Father Antonio Spadaro, editor of the journal La Civilta Cattolica.

“This man was a real guide. He could talk tough, but he never actually forced you to do anything — he guided you. Advised you. Cajoled you. He had such extraordinary love,” the director said in the interview, published Dec. 9.

A day earlier, America magazine released an interview with Scorsese conducted by Jesuit Father James Martin, who also provided advice during the making of “Silence,” a film based on the novel by Shusaku Endo. The book and film are a fictionalized account of the persecution of Christians in 17th-century Japan; the central figures are Jesuit missionaries.

Scorsese had wanted to make the film since reading the book in 1989. Actually making the film, he told Father Martin, “it becomes like a pilgrimage. It’s a pilgrimage. We’re still on the road and it’s never going to end. I thought it would for a little while, but once I was there, I realized no. Even in the editing room, it’s unfinished. It will always be unfinished.”

The film is set for a Dec. 23 release in the United States.

In the interview with Father Spadaro, the 74-year-old Scorsese said, “When I was younger, I was thinking of making a film about being a priest. I myself wanted to follow in Father Principe’s footsteps, so to speak, and be a priest. I went to a preparatory seminary but I failed out the first year.

“And I realized, at the age of 15, that a vocation is something very special, that you can’t acquire it, and you can’t have one just because you want to be like somebody else,” he said. “You have to have a true calling.”

One thing he always wondered about Father Principe and other priests, he said, was “how does that priest get past his ego? His pride?” and focus on the needs of his parishioners. “I wanted to make that film. And I realized that with ‘Silence,’ almost 60 years later, I was making that film. Rodrigues (one of the main Jesuits in the story) is struggling directly with that question.”

Scorsese told Father Spadaro that while he would not describe himself a regular church-goer, “my way has been, and is, Catholicism. After many years of thinking about other things, dabbling here and there, I am most comfortable as a Catholic.”

“I believe in the tenets of Catholicism. I’m not a doctor of the church. I’m not a theologian who could argue the Trinity. I’m certainly not interested in the politics of the institution,” the director said. “But the idea of the Resurrection, the idea of the Incarnation, the powerful message of compassion and love — that’s the key. The sacraments, if you are allowed to take them, to experience them, help you stay close to God.”

Father Spadaro asked Scorsese if, like Father Rodrigues, he ever felt God’s presence when God was silent.

“When I was young and serving Mass,” the director responded, “there was no doubt that there was a sense of the sacred. I tried to convey this in ‘Silence,’ during the scene of the Mass in the farmhouse in Goto. At any rate, I remember going out on the street after the Mass was over and wondering: How can life just be going on? Why hasn’t everything changed? Why isn’t the world directly affected by the body and blood of Christ? That’s the way that I experienced the presence of God when I was very young.”

PREVIOUS: Study: Parents just as attached to devices as their kids are

NEXT: It’s still a wonderful life, if you ‘Believe’