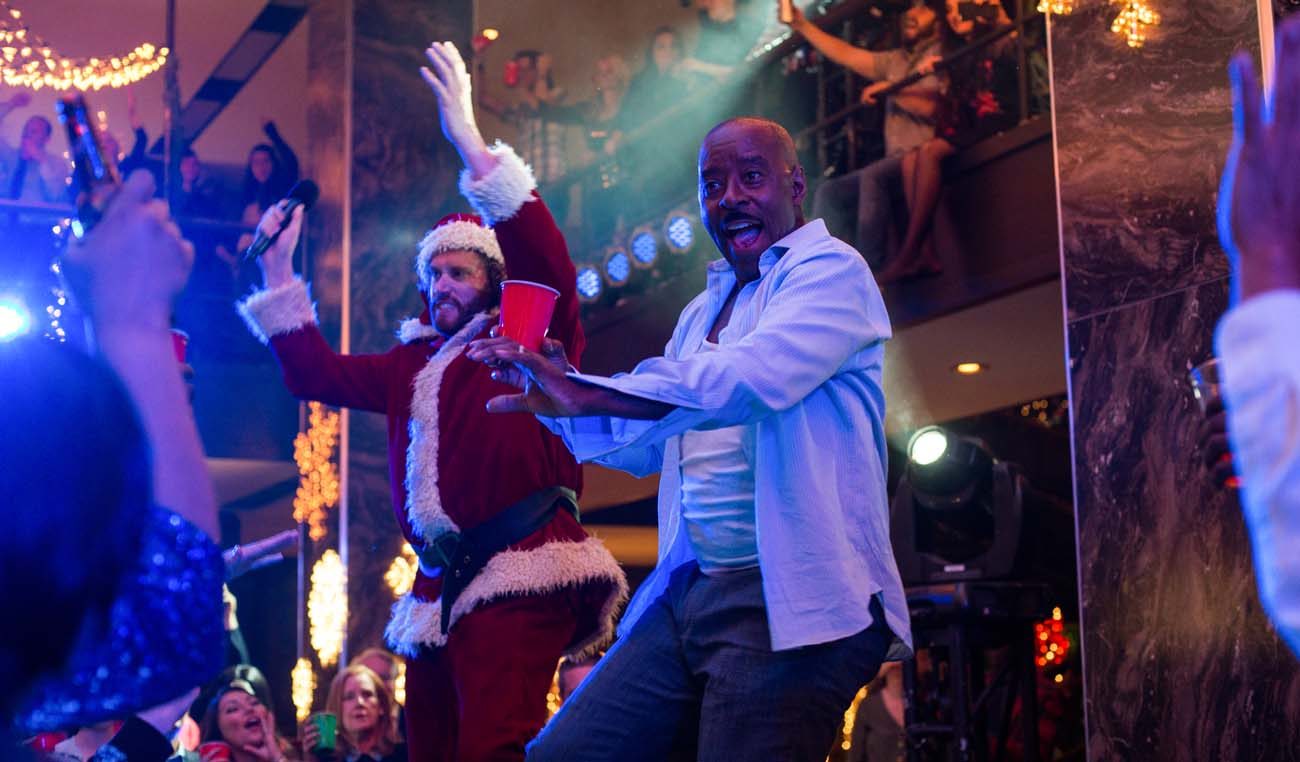 T.J. Miller and Courtney B. Vance star in a scene from the movie "Office Christmas Party." (CNS photo/Paramount)

What matters here is that seemingly respectable bourgeois business types should be emboldened, via the consumption of vast amounts of alcohol, to Xerox their bare backsides and use a 3-D copier for a still more vulgar purpose. What most emphatically does not matter is the plot that gets them there.

Predictably, things get out of hand with destruction and debauchery running rampant. Cocaine winds up in a fake-snow blower; Nate (Karan Soni), the resident geek, hires a call girl named Savannah (Abbey Lee) to pose as his girlfriend; and we get a peek of group sex going on in a bathroom stall.

As all that suggests, directors Will Speck and Josh Gordon’s grossly stupid get-together is a regrets-only affair that viewers concerned either with taste or morality — or, better yet, with both — will happily decline to attend.

NEXT: Movie review: The Bounce Back