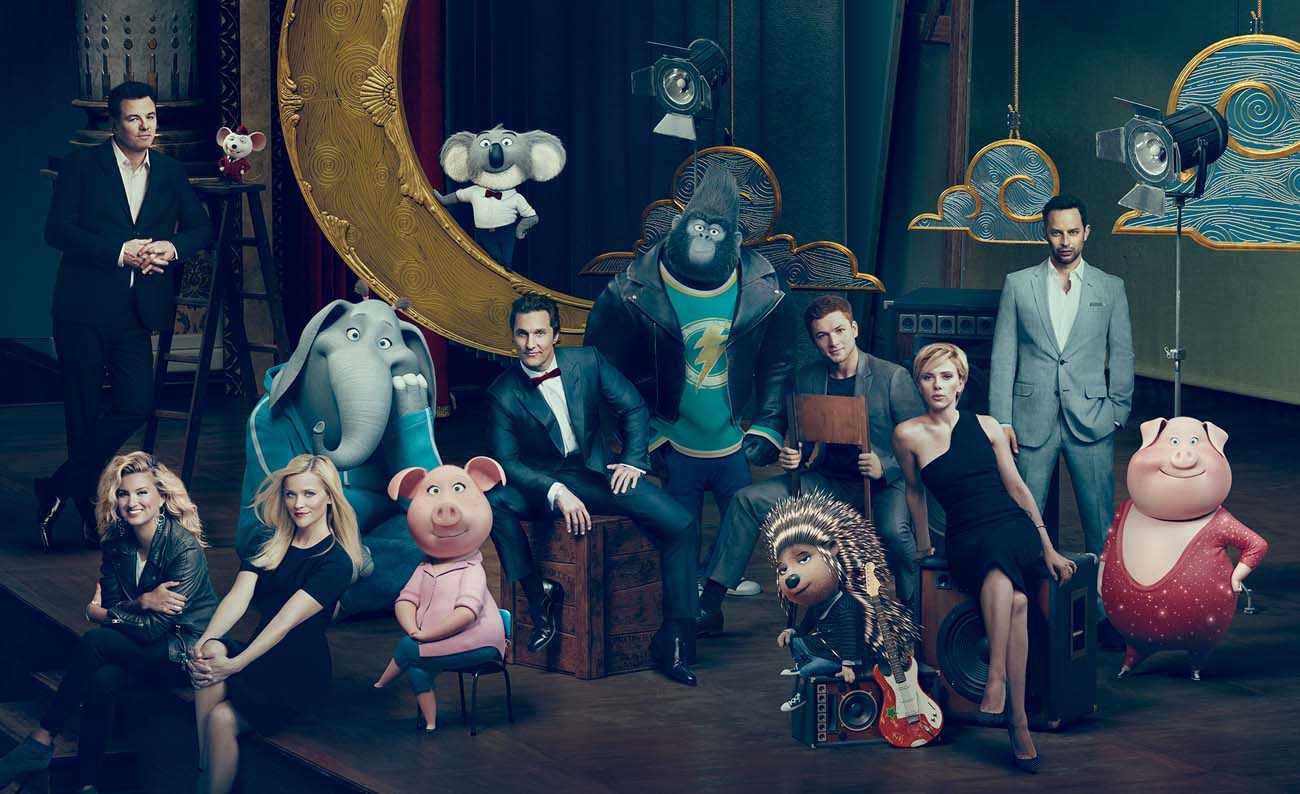 This is a publicity image from the animated movie "Sing." (CNS photo/Universal)

NEW YORK (CNS) — “Sing” (Universal) is a generally amiable but flawed musical cartoon, populated mostly by animals. While the essential values of this show-biz fable are respectable enough, writer-director Garth Jennings incorporates elements into his film that make it unsuitable for youngsters.

With the theater he owns failing financially, koala bear Buster Moon (voice of Matthew McConaughey) aims to revive his business by staging a singing contest. After some predictably humorous tryouts, a quintet of finalists emerges.

Harried sow housewife Rosita (voice of Reese Witherspoon) has to balance her vocal ambitions against the needs of her overworked husband, Norman (voice of Nick Offerman), and their litter of 25 kids. Johnny (voice of Taron Egerton) is a Cockney gorilla gangster’s son who would rather belt out Elton John tunes than help his dad (voice of Peter Serafinowicz) steal.

And then there’s Ash (voiced by Scarlett Johansson), a porcupine punk rocker coping with the selfishness of her live-in boyfriend, Lance (voice of Beck Bennett).

Friendship and loyalty are triumphant amid plot complications that include a typo escalating the winner’s prize a hundredfold. But Jennings — who also provides the voice of Miss Crawly, the good-hearted but dimwitted lizard secretary responsible for that error — not only includes a living arrangement that’s out of bounds for a kids’ movie, he also presents us with a semi-cross-dressing character.

Chosen by Buster to be Rosita’s stage partner, German-accented pig Gunter (voice of Nick Kroll) exudes swishy enthusiasm and favors glitzy leotards. By contrast with emotionally neglectful Norman and narcissistic Lance, who together represent a rather negative image of masculinity, Gunter is grouped with most of the female figures on the credit side of the ledger.

Grown viewers will obviously be well equipped to take such material in stride. And “Sing” is also probably acceptable for mature teens. But the most impressionable viewers, presumably a prime target demographic for the movie, will find it less than harmonious.

The film contains cohabitation, some scatological humor and scenes of peril. The Catholic News Service classification is A-III — adults. The Motion Picture Association of America rating is PG — parental guidance suggested. Some material may not be suitable for children.