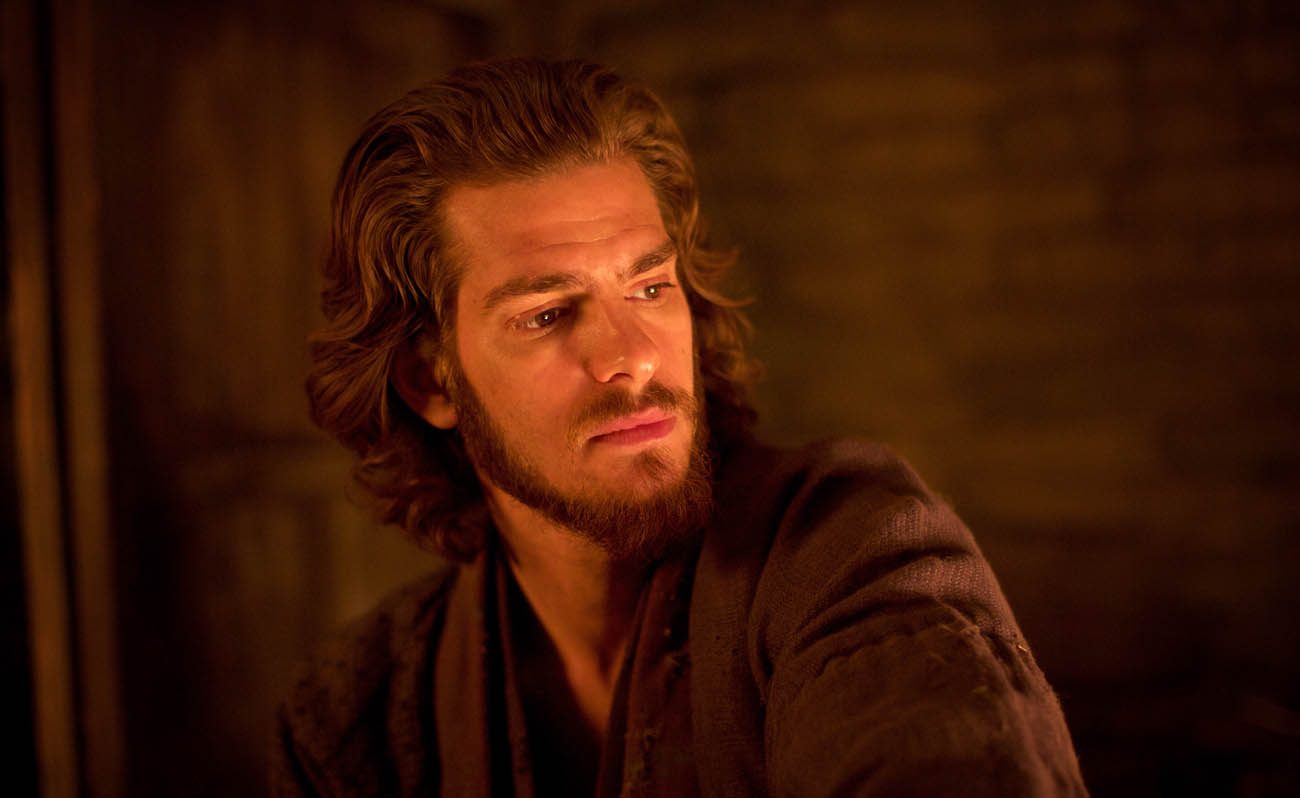 Andrew Garfield stars as Father Sebastian Rodrigues in a scene from the movie "Silence." Garfield underwent the spiritual exercises of St. Ignatius of Loyola, founder of the Society of Jesus, as part of his preparation for playing a Jesuit priest in Martin Scorsese's new film. (CNS photo/Paramount) See GARFIELD-SILENCE Jan. 12, 2017.

WASHINGTON (CNS) – Actor Andrew Garfield underwent the spiritual exercises of St. Ignatius of Loyola, founder of the Society of Jesus, as part of his preparation for playing a Jesuit priest in Martin Scorsese’s new film, “Silence.”

Garfield’s spiritual adviser for this Jesuit journey was Jesuit Father James Martin, editor at large of America magazine, a Jesuit journal, the author of several books, and who has some measure of television fame for being the chaplain of the old “Colbert Report.”

“I studied with Father Martin all things Jesuit and attempted to crack what it means to be a soldier for Christ. The basis of that was the exercises for me,” Garfield told Catholic News Service in a Jan. 11 telephone interview from New York.

Garfield, whose ancestry is Jewish but who was raised in a nonreligious household, did the 30-day retreat, although not in the customary way. He spent the third week of the retreat at a retreat house in Wales. “It was a silent week, and intense,” he recalled. The actor, who has dual British-American citizenship, said he returned to the United States for the conclusion of the retreat near his Los Angeles home.

“Yeah, it was remarkable, really. I was so grateful for the sacred time,” he said.

Garfield was also given a small mountain of books and films by Scorsese to prepare him for the role of Father Sebastian Rodrigues, a 17th-century Portuguese Jesuit who goes to Japan in hopes of refuting a report that a favorite priest who once taught him in the seminary had renounced the faith during his missionary work there. Despite Garfield’s box-office success in two “Amazing Spider-Man” films, he had to audition for the role.

“I was sent the script by my agent,” he told CNS. “He said Marty’s (Scorsese) been trying to make this film for 28 years, and it’s looking good this time.” Upon reading the script, Garfield added, “I really connected to the material. I was really interested in the themes and the journey the character goes on.”

Another key aspect of his preparation for the role was fasting so Garfield’s frame would look believable on screen. “The physical rigor of losing weight was very, very, very painful and tricky, and created a tremendous kind of psychosis, but it was also very useful and was the only appropriate thing. … It was a spiritual process as well. It was a very immersive thing that I’m grateful for,” he said. Filming in Taiwan with his newly gaunt body, though, was another thing: “My goodness, it was hot.”

Garfield said his takeaway from “Silence” is “endless. What I’ve been given by playing this role and being with Marty, being with Father Martin, doing the exercises, it’s impossible to sum up. I’ve been given so many different graces for the whole experience. By the end of the it, of filming, I don’t even need the film to come out or for people to like it. The year of preparation, those months making the film were worth it.”

He added he doesn’t like to watch himself on screen, but “I do have to say when I was watching ‘Silence,’ I forgot that I was in the film because the film is so overwhelming and transportive. … It’s a great film.

Garfield’s assessment is shared, at least in part, by John Mulderig, CNS’ associate director for media reviews. “Silence” is “dramatically powerful but theologically complex work best suited to viewers who come to the multiplex prepared to engage with serious issues,” Mulderig said. “Those willing to make such an intellectual investment, however, will find themselves richly rewarded.”

Mulderig called the film “an often visually striking drama that’s also deeply thought-provoking and emotionally gripping. And the performances are remarkable all around. But the paradoxes of the narrative demand careful sifting by mature moviegoers well-grounded in their beliefs.”

It received a classification of L — limited adult audience, films whose problematic content many adults would find troubling — for religious themes requiring mature discernment, much violence, including scenes of gruesome torture and a brutal, gory execution, as well as rear and partial nudity.

NEXT: With book on sex abuse, author hopes to help himself, others heal