‘Call Me Francis’ examines the pre-papal life of Jorge Bergoglio 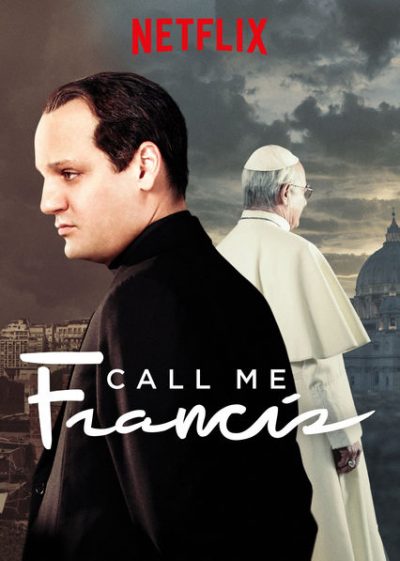 NEW YORK (CNS) — “What am I doing in Rome? People retire at my age,” a pensive, melancholy Cardinal Jorge Bergoglio (Sergio Hernandez) says early on in “Call Me Francis.” Netflix’s miniseries renders a textured, honest, yet sympathetic portrait of our current pontiff before he was pope.

Having recently arrived for the conclave that would eventually see him succeed Pope Benedict XVI, the Argentine cardinal stands on his balcony outside St. Peter’s Square as a reverie transports the 76-year-old back to his youth.

Italian director Daniele Luchetti and his co-writer, Martin Salinas, use this scene to frame Bergoglio’s story from his entrance into the Jesuits to the conclave of 2013.

Originally produced as an Italian feature film, “Call Me Francis” has been recast as a series of four 50-minute episodes, in which Hernandez plays the older Bergoglio, and Rodrigo de la Serna plays him in youth.

The series contains some gratuitous profanity; it also depicts the Argentine military dictatorship’s brutality and use of torture during their “dirty war” of the 1970s and ’80s. The scenes of abuse are difficult to watch, but essential to the story and not lurid in their presentation.

In this context, “Call Me Francis” makes appropriate viewing for discerning adults. In Spanish with English subtitles, the dramatization became available for streaming Dec. 16.

As a Jesuit novice, Bergoglio displays his arrogance and naivete to his superiors when he expresses his desire to become a missionary to Japan, confident of his untested ability to win souls. First, his more seasoned confreres advise Bergoglio, he needs “to learn how to do simple stuff.”

His theology instructor, Father Franz Jalics (Alex Brendemuhl), introduces Bergoglio to Ignatian spirituality, which encourages believers to use their imagination to place themselves amid the scenes of the Lord’s earthly life.

Bergoglio’s devotion to this form of meditation brings him to the attention of Father Pedro Arrupe (Bernardo Baras), the order’s superior general. Father Arrupe made Bergoglio provincial superior of the Argentine community in 1973, when he was only 36.

Bergoglio was provincial during a period when strongman Gen. Jorge Videla’s regime killed more than 7,000 people and more than 30,000 persons suspected of sympathizing with the guerillas fighting the government were “disappeared.”

When Father Jalics and a brother Jesuit named Yorio (Agustin Rittano), who have been living among Argentina’s poor people, fall under suspicion, Bergoglio tells the priests he can’t protect them — and the military kidnaps them.

Although the film depicts Bergoglio appealing directly to Videla for the duo’s freedom, it doesn’t reveal that Yorio, who was finally released after a five-month ordeal, didn’t forgive the provincial. The series depicts Bergoglio and Father Jalics reuniting, but doesn’t tell us what happened when they met, missing an opportunity to explore more fully this reconciliation’s impact on Bergoglio.

“When the pain is great, Ignatian discernment is useless,” Bergoglio says to a Venezuelan woman he meets in a German church in the late 1980s.

Though ostensibly in Germany to study theology, Bergoglio was really sent there for a very different reason that the series doesn’t mention: Father Arrupe’s successor, Father Peter-Hans Kolvenbach, is said not to have approved of Bergoglio’s style as a seminary rector because of his emphasis on pastoral work and religious piety. These concepts were out of fashion among the Jesuits, who now focused primarily on social justice instead.

“Call Me Francis” doesn’t dive deeply into Bergoglio’s total estrangement from his own religious order, however, missing an opportunity to craft as full and complex a portrait of this future pope as it could have.

Looking at a painting on the church’s wall, the woman explains that it represents Mary under her title, Untier of Knots. This powerful image moves Bergoglio to tears, begins to liberate him from his pain and informs his work as an auxiliary bishop in Buenos Aires in the 1990s.

The series’ most moving scene occurs during this period in Bergoglio’s life. When developers threaten to uproot poor people to make way for a large commercial development, Bergoglio helps them save their homes. The people lift their bishop up and bounce him like a football coach celebrating a championship.

De la Serna ably shifts from rigid, yet conflicted Jesuit, to liberated and compassionate bishop. And Hernandez may not match the pope’s physicality, but well communicates the older man’s warmth and wisdom.

Enhanced by Ivan Casalgrandi and Claudio Collepiccolo’s super-saturated color cinematography, “Call Me Francis” is largely true to the difficulty, pain, controversies and misgivings which shaped the man who today challenges Catholics and non-Catholics alike to reclaim the joy of the Gospel.