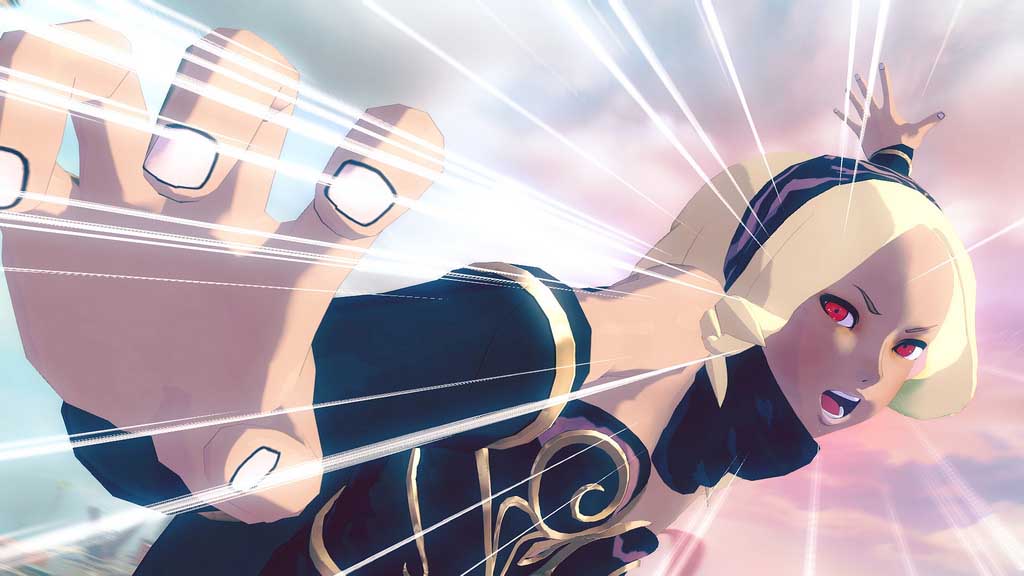 This is a still from the video game "Gravity Rush 2." (CNS photo/Sony Interactive Entertainment)

Five years later, the follow-up, “Gravity Rush 2” (Sony Interactive Entertainment), is designed for the more powerful PlayStation 4 console. This upgrade results in very significant improvements over the original: richer colors, a grander setting and adventures that include more side plots.

“Gravity Rush 2,” however, is not for youngsters. Serious topics, including excessive drinking, images of violence and gore as well as glimpses of a female character in a revealing outfit all indicate this is a game that’s best for grown-ups. At least some parents may feel, though, that it will pass muster for older teens.

The protagonist is Kat, a smart, kind and athletic young woman who also has the ability to manipulate gravity. Much of the game’s fun derives from the player’s pleasure in floating and gliding through the air like a paper airplane. Indeed, sometimes the combat situations that arise feel like an anticlimax after a spell of joyful free-falling.

As the game opens Kat is a miner in the aerial city of Hekseville. Together with her friend, Raven, and Syd, a police officer, Kat is unexpectedly sucked into a gravitational whirlpool. She emerges in a strange mining settlement called Banga Village, part of the visually spectacular floating city Jirga Para Lhao.

Soon after she lands, Kat realizes that Raven is missing. Most of the gameplay involves trying to find Raven while also battling hostile aliens. The worst of these are known as Nevi and look like a cross between an octopus and the mechanical invaders from the 2005 film “War of the Worlds.”

Kat encounters a number of morally compromised characters in her travels. In fact, the motley succession of dodgy figures she comes across recalls the famous scene in “Star Wars” set in the pirate city of Mos Eisley’s turbulent cantina.

Throughout her odyssey, Kat is patient and sympathetic. Yet she retains full command over both her situation and her powers. She often offers to help others, and when she fights her motivation is not greed or conquest, but self-protection and the wish to reunite with Raven. Thus, while it may not be a title for the whole family, “Gravity Rush 2” does have sound underlying values.

NEXT: Moral values become lost in ‘The Space Between Us’