If they say ‘The Bye Bye Man’ one more time, you’ll scream 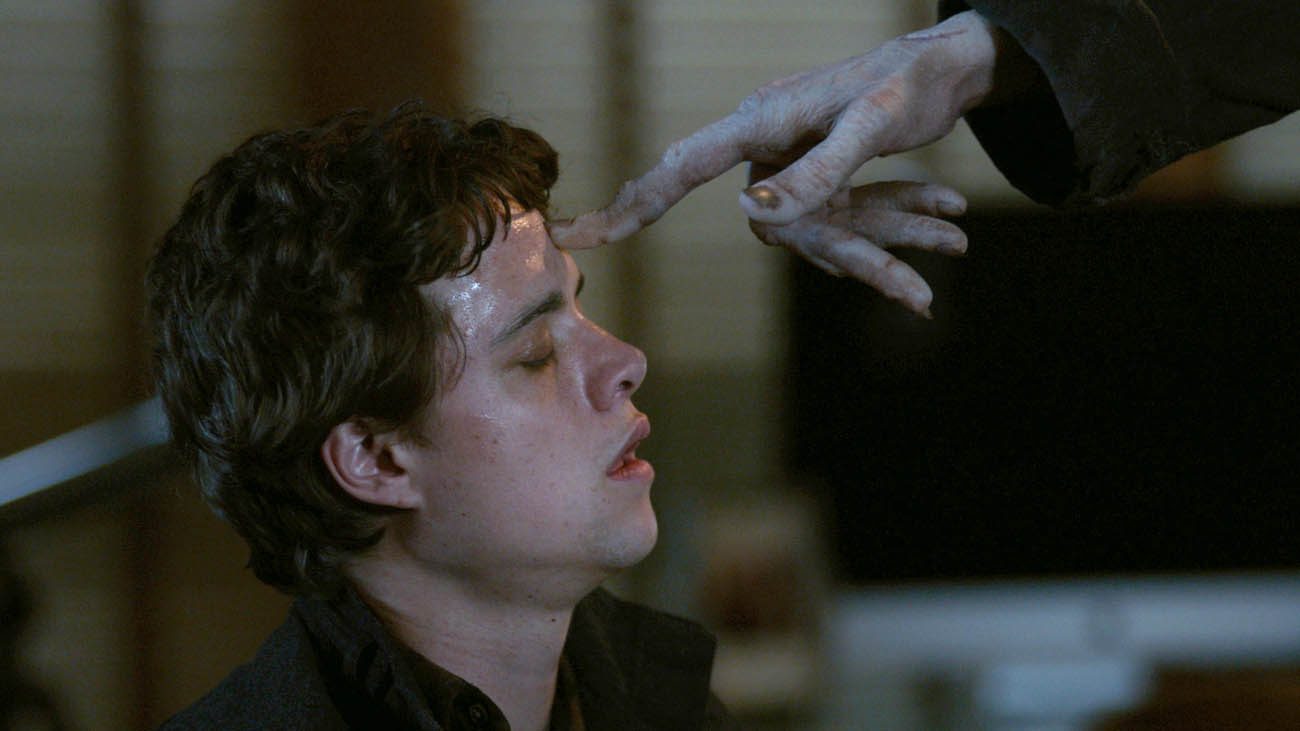 Douglas Smith stars in a scene from the movie "The Bye Bye Man." (CNS photo/STX Entertainment)

NEW YORK (CNS) — “Don’t think it! Don’t say it!” Such is the frantic, oft-repeated mantra of the bewitched and bewildered — not to mention generic — characters who populate “The Bye Bye Man” (STX). Their struggle to evade the malevolent specter of the title (Doug Jones) ultimately proves more tiresome than terrifying.

To begin with, scholarship student Elliot (Douglas Smith), his live-in girlfriend, Sasha (Cressida Bonas), and his best pal since childhood, John (Lucien Laviscount), really have no one to blame but themselves. In their eagerness to move off campus, they would go and rent a house that any sensible person could have told them at a glance was haunted.

And they do insist on staying there long after the going gets weird.

They’re not up against your average chain-dragger or mischievous poltergeist. Instead, the hooded, Frankenstein-ish Bye Bye Guy specializes in causing hallucinations that set each member of the trio against the others — with potentially fatal results.

Since a number of these delusions have to do with Elliot’s fears about Sasha and John hooking up on the basis of raw mutual attraction, those adults foolish enough to subject themselves to this sketchy flick should at least be wise enough to leave the kids — including teens — at home.

In adapting a chapter from Robert Damon Schneck book, “The President’s Vampire,” director Stacy Title and her husband, screenwriter Jonathan Penner go easy on the gore. But the ensemble’s whining about their collective plight, along with the way they double down ad nauseam on the movie’s catch phrase, wears on viewers’ nerves.

Those willing to stick it out will at least get a cameo’s worth of Faye Dunaway in Norma Desmond mode. As for the movie as a whole though, “The Bye Bye Man” ain’t ready for his close-up.

The film contains considerable violence with some gore, brief rear nudity, a discreet bedroom scene, implied casual sex, cohabitation, about a half-dozen uses each of profanity and crude language as well as sexual references and banter. The Catholic News Service classification is A-III — adults. The Motion Picture Association of America rating is PG-13 — parents strongly cautioned. Some material may be inappropriate for children under 13.

PREVIOUS: You won’t nap in the noisy, vulgar and violent ‘Sleepless’