You won’t nap in the noisy, vulgar and violent ‘Sleepless’ 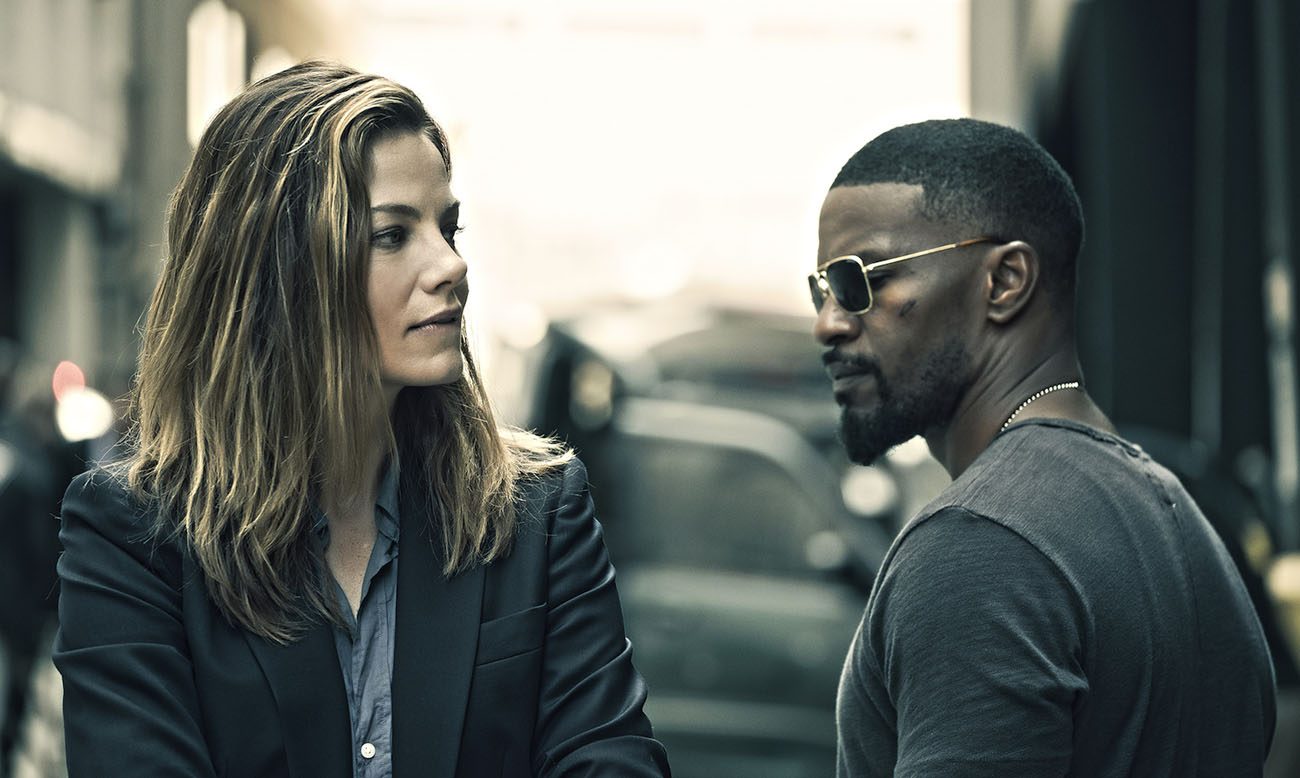 Based on the 2011 French film “Nuit Blanche” (“Sleepless Night”), this tense thriller, directed by Baran bo Odar, involves a complex game of cat-and-mouse between law enforcement and drug dealers on the mean streets of Las Vegas.

“This city is crawling with dirty cops,” declares Jennifer Bryant (Michelle Monaghan), an internal affairs investigator for Sin City’s police department. Badly beaten while trying to break up a narcotics ring, she suspects her fellow officers were behind the attack.

The dirtiest cops may be Vincent Downs (Jamie Foxx) and his partner, Sean Cass (rapper T.I.). Both are dealing cocaine on the side, supplying Stanley Rubino (Dermot Mulroney), a smarmy casino owner, as well as the local drug lord, Rob Novak (Scoot McNairy).

When a delivery goes awry, Novak’s henchmen are killed, and Cass runs off with the cocaine, Rubino plots his revenge. He kidnaps Downs’ son, Thomas (Octavius J. Johnson), and holds him hostage until Downs can deliver the goods.

Despite being stabbed in the chest, Downs races against the clock (and fends off sleep) to retrieve the drugs and rescue his son, all the while pursued by Bryant and her partner, Doug Dennison (David Harbour).

Added to the mix is Downs’ ex-wife (and Thomas’ mom) Dena (Gabrielle Union), an emergency room nurse who just happens to be handy with a pistol.

Andrea Berloff’s script, awash in blood (and silliness), tries to keep viewers guessing until the very end as loyalties shift and true identities are revealed. The last-minute message that crime doesn’t pay barely retrieves this gritty vigil from being ruled out for all.

NEXT: If they say ‘The Bye Bye Man’ one more time, you’ll scream