‘Live by Night’ shines a light on gangster’s inner life 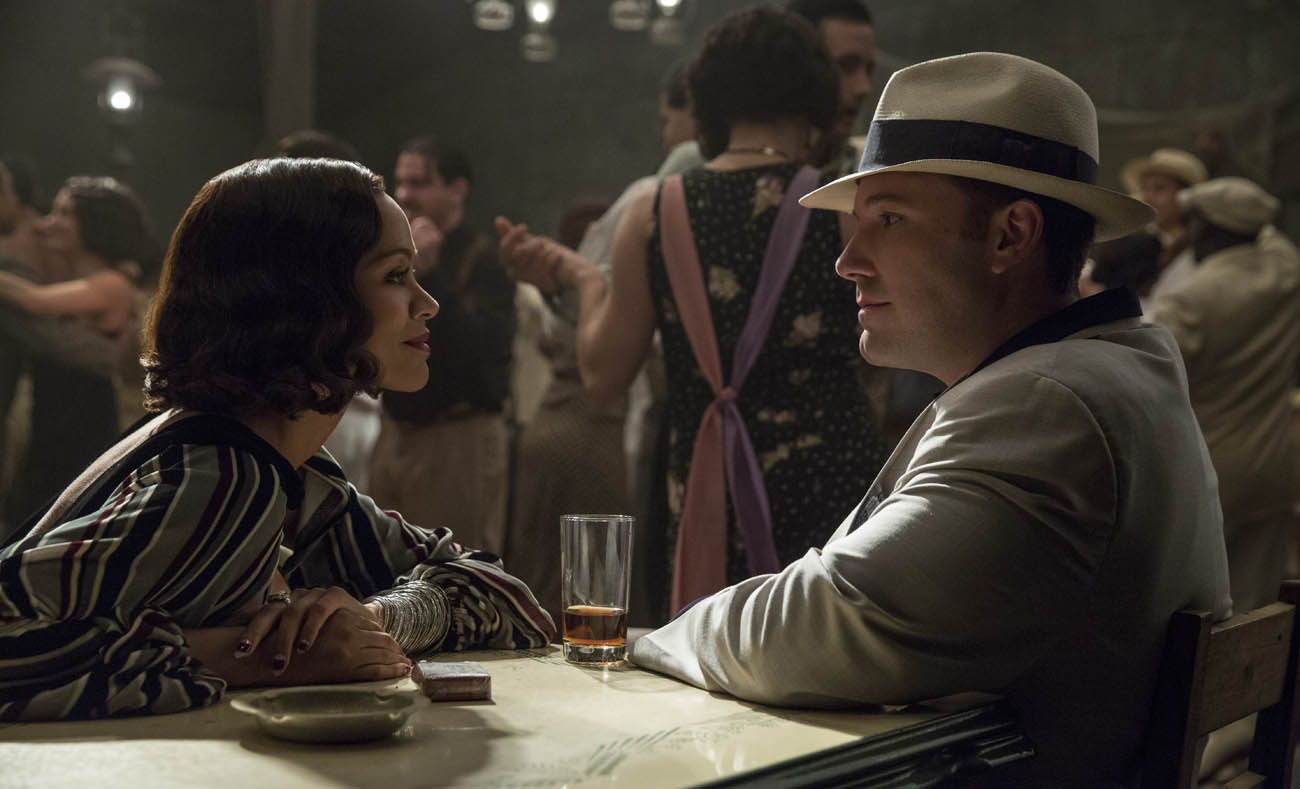 Zoe Saldana and Ben Affleck star in a scene from the movie "Live by Night."(CNS photo/Warner Bros.)

NEW YORK (CNS) — The glossy crime drama “Live by Night” (Warner Bros.) traces the rise of Joe Coughlin (Ben Affleck, who also wrote and directed), a Boston-bred gangster in the Florida of the 1920s and ’30s. Though not exactly a hoodlum with a heart of gold, Coughlin is presented as a sympathetic figure in Affleck’s serious-minded adaptation of Dennis Lehane’s best-selling novel.

Mature viewers, accordingly, will need to bring discernment to bear as plot developments test the limits of Coughlin’s ruthlessness. Given that style trumps substance throughout the mayhem-driven proceedings, however, such an effort is likely to be no more than modestly rewarded.

Disillusioned by his experience of military service during World War I, Coughlin returns from overseas determined never to have to follow orders again. Seeing lawlessness as a form of freedom, he embarks on a career of low-level thievery that puts him at odds with his father, Thomas (Brendan Gleeson), a high-ranking police officer.

As he gains some notoriety, Coughlin resists the pressure to join forces with — and therefore knuckle under to — either of the Hub’s leading underworld figures, Irish-American kingpin Albert White (Robert Glenister) and Italian mobster Maso Pescatore (Remo Girone).

Allying himself with Pescatore, Coughlin relocates to the outskirts of Tampa where, with the assistance of longtime friend Dion Bartolo (Chris Messina), he supervises his new boss’ rum-running racket. This brings him into contact with a fresh love interest, Graciela Suarez (Zoe Saldana), the elegant scion of a wealthy but shady Cuban family.

Morality, social commentary and Christianity of the revival meeting variety are all part of the mix here. But the faith on display is tattered, the ethics muddled and any consistent message gets lost amid the climactic hail of bullets.

Is it acceptable to kill some people, e.g., Ku Klux Klansmen, but not others, like our Aimee Semple McPherson stand-in? Was the WASP establishment to blame when the immigrants they systematically held down turned to criminality?

These are some of the moral rapids Affleck attempts to navigate, only to get distracted by an overstuffed story and the urge to move on to the next shootout. The result is a scenic but not very satisfying voyage.

NEXT: ‘Monster Trucks’ takes kids on a raucous ride