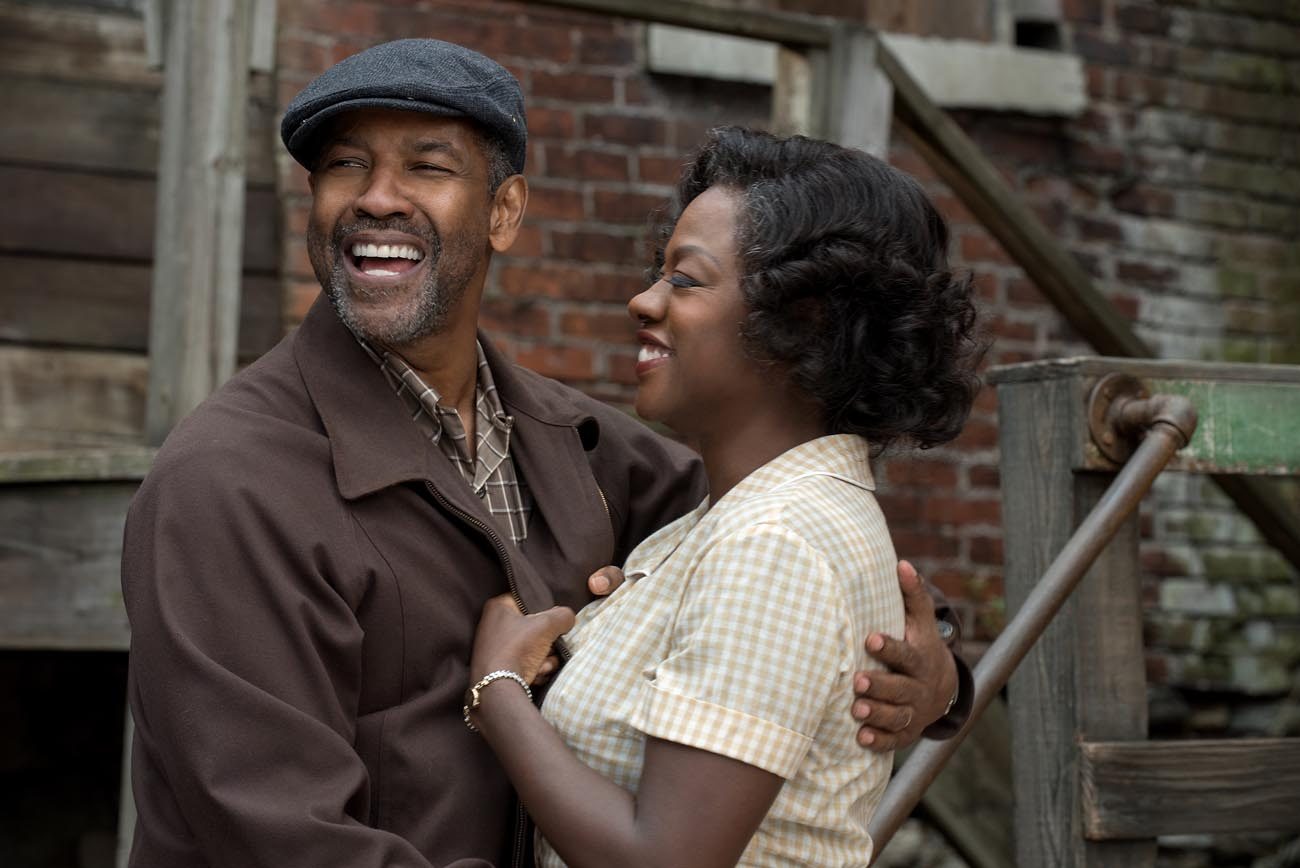 Denzel Washington and Viola Davis star in a scene from the movie "Fences." (CNS photo/Paramount)

NEW YORK (CNS) — Suffering is a leitmotif in any of August Wilson’s plays, but there’s also brutal honesty and joy in unexpected moments — as well as the musical cadence of his language to enjoy.

That’s what enlivens “Fences” (Paramount), the film adaptation of Wilson’s Pulitzer Prize-winning work from 1983. Moral decisions, and the consequences of immoral ones, lurk at every turn in the plot as well.

Troy is bold enough to have become the city’s first black garbage-truck driver simply by asking his supervisor why Pittsburgh had no such drivers. He takes pride in being the noisy and coarse family patriarch, even if he is often a monster who takes no pleasure in the accomplishments of his children.

Older son Lyons (Russell Hornsby), the offspring of a previous marriage, lives outside the home, supports himself as a jazz musician, and sometimes stops by for a short-term loan just to demonstrate to his father that he can repay it.

Younger son Cory (Jovan Adepo) has a chance to attend college on a football scholarship. But Troy interferes with that, insisting, “The white man ain’t gonna let you get nowhere with that football noway.”

Churchgoing Rose is the compassionate and understanding moral center. She’s on the receiving end of everyone’s decisions for most of the story until she encounters Troy’s cruelest betrayal. Even in the face of that, she sacrifices her own happiness to carry on.

While both sons have lives circumscribed by racism, hard luck and sometimes Troy’s selfishness, they’re also unrelentingly stoic and accepting.

The toughest stretches for viewers will be the long speeches characteristic of Wilson’s style.

Although they tend to show actors to good advantage — here Davis is particularly fine — Wilson’s dramas are not in the least cinematic, and Washington hasn’t found a way to solve that problem. “Fences,” accordingly, requires a committed attention span.

The title refers to Troy’s plan to build a high wooden fence in his backyard so he can keep death at bay: “I’m gonna build me a fence around what belongs to me. And then I want you to stay on the other side. See? You stay over there until you’re ready for me.”

Death, of course, is on its inevitable path, but Wilson refuses to give it the last word, instead choosing to display the resiliency of the human soul.

The movie’s focus on ideas and their consequences makes it acceptable for mature adolescents.

The film contains references to adultery, frequent use of the n-word and a single instance each of profanity and rough language. The Catholic News Service classification is A-III — adults. The Motion Picture Association of America rating is PG-13 — parents strongly cautioned. Some material may be inappropriate for children under 13.

PREVIOUS: Movie review: Why Him?