Movie review: Why Him? 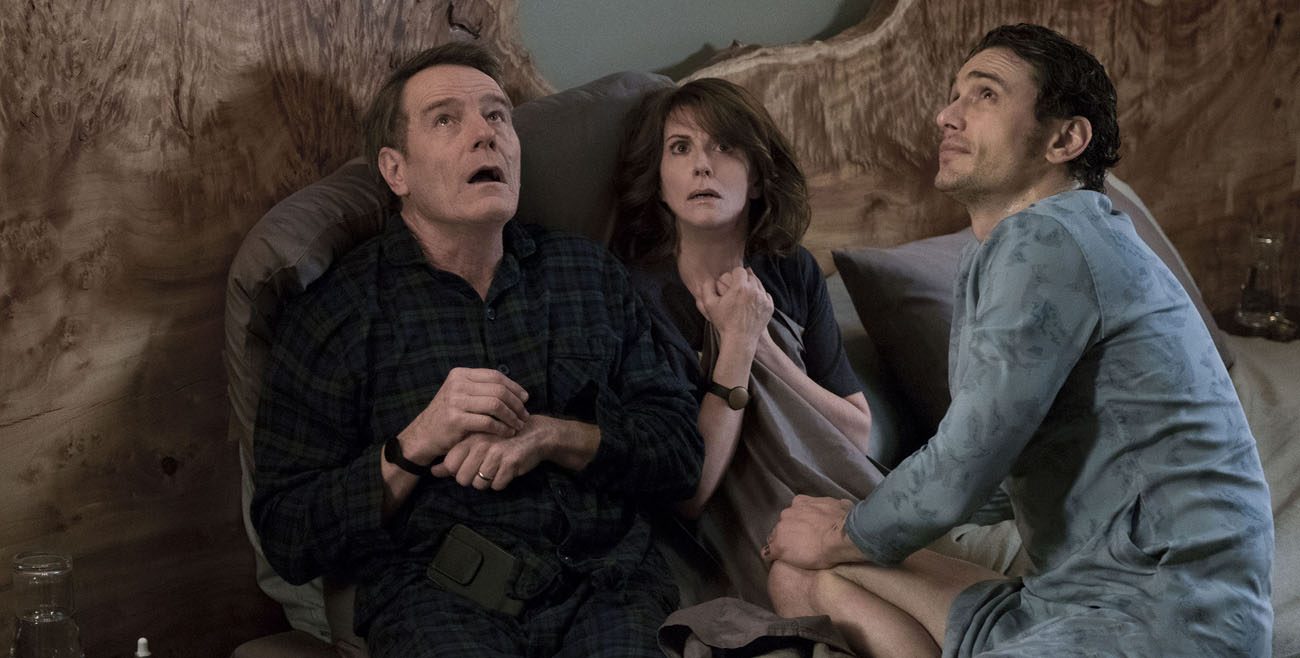 Bryan Cranston, Megan Mullally and James Franco star in a scene from the movie "Why Him?" (CNS photo/Fox)

NEW YORK (CNS) — The makers of “Why Him?” (Fox) evidently couldn’t decide whether their film should be a raunchy sex comedy or a tamer tale about the clash between established family values and the often bereft behavior of the untethered newly wealthy.

So they split the difference, resulting in an unpleasant botch that becomes an audience endurance contest.

What the visitors don’t know beforehand is that Stephanie is engaged to Laird (James Franco), an immature, nearly feral gazillionaire who makes video games and has a large estate populated by exotic animals on the outside and glassy-eyed beta-testers inside.

Laird finds it amusing, among other antics, to teach 15-year-old Scotty how to spout filth and to get Barb high on marijuana-laced brownies. As for Ned, we’re meant to be in suspense about whether Laird will eventually give him a financial bailout.

All the while Stephanie looks on beaming, because she’s in love with her guy and clueless about the negative impression he creates. The blindness of her affection is of a piece with the complete absence of any moral structure in “Why Him?”

PREVIOUS: Book on parish leadership may be required reading

NEXT: Denzel Washington enlivens ‘Fences’ on the screen