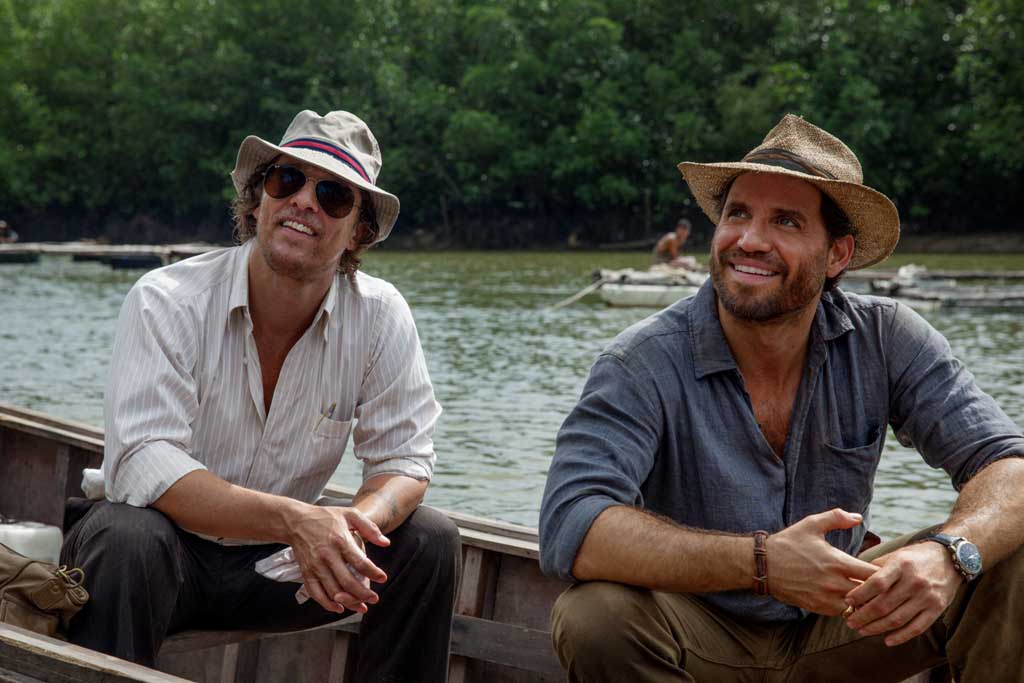 Matthew McConaughey and Edgar Ramirez star in a scene from the movie "Gold."(CNS photo/Weinstein)

NEW YORK (CNS) — Little glitters in “Gold” (Weinstein). To put it another way, there’s a sour taste to this loosely fact-based story that a strong performance from Matthew McConaughey in the lead role fails to dispel.

McConaughey plays Kenny Wells, a scrappy prospector in 1980s Reno, Nevada. With the stock of the company he inherited from his father and namesake (Craig T. Nelson) selling for pennies, Wells resolves on a last roll of the dice.

Inspired by a dream, he travels to Indonesia, where he joins forces with sophisticated, but equally down-on-his-luck, geologist Mike Acosta (Edgar Ramirez). Together, they brave the jungles of Borneo and, after a number of setbacks — including a near-fatal bout of malaria for Wells — claim the largest gold strike of the decade.

But all, of course, is not as it appears. In fact, Wells’ roller-coaster ride of good and bad fortune has only begun.

With his hairline receding and his middle paunchy, Wells — who displays a fondness for hanging out, quite literally, in his tighty whities — embodies the film’s seedy atmosphere. McConaughey endows him with smoldering ambition. Yet, though a striking figure, Wells is not a particularly sympathetic one.

A low moral tone in the boardroom, moreover, is matched by Wells’ ongoing but unhallowed bedroom relationship with his live-in girlfriend, a furniture saleswoman called Kaylene (Bryce Dallas Howard).

She’s meant to be Wells’ ethical compass, warning against the machinations of the numerous Wall Street types — led by the aptly named Bryan Woolf (Corey Stoll) — who are just waiting to take advantage of him. Despite her fidelity to Wells, though, neither of them so much as mentions a stroll down the aisle or a visit to the justice of the peace.

Add to those factors the mother lode of vulgarity with which screenwriters Patrick Massett and John Zinman embed their script, and it becomes clear that director Stephen Gaghan’s salute to entrepreneurial grit is unfit for most.

PREVIOUS: With keen sense of purpose, a dog keeps coming back to his people

NEXT: Good news from PBS: an all-kids channel