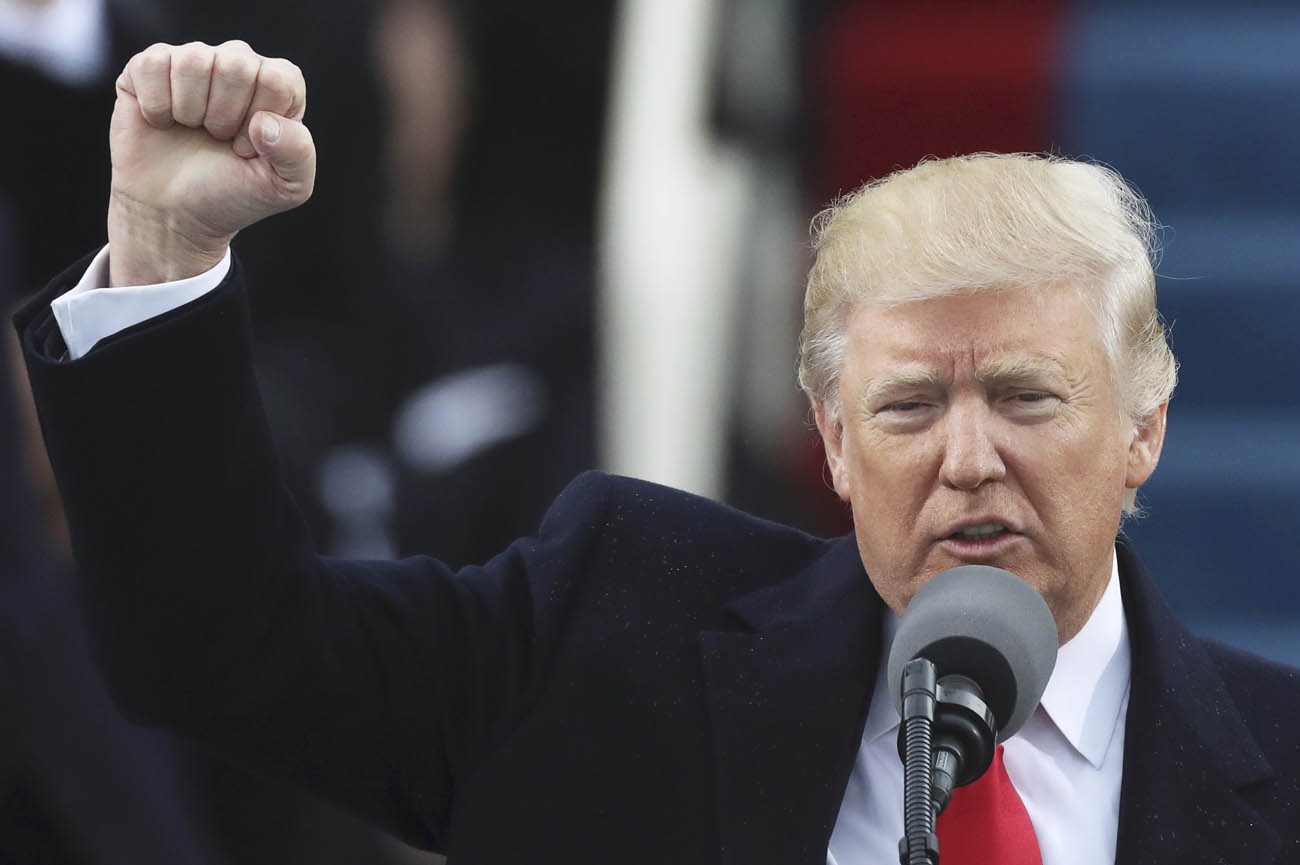 President Donald Trump speaks after his swearing-in as the country's 45th president at the U.S. Capitol in Washington in this Jan. 20, 2017 file photo. (CNS photo/Carlos Barria, Reuters)

“I offer you my cordial good wishes and the assurance of my prayers that almighty God will grant you wisdom and strength in the exercise of your high office,” the pope’s message said.

Saying that the human family faces “grave humanitarian crises” that demand “far-sighted and united political responses,” the pope said he would pray that Trump’s decisions “will be guided by the rich spiritual and ethical values that have the history of the American people and your nation’s commitment to the advancement of human dignity and freedom worldwide.”

The pope also said he hoped that America’s “stature” continued to be measured by “above all its concern for the poor, the outcast and those in need who, like Lazarus, stand before our door.”

The message concluded with the pope saying he would ask God to grant the new president, his family and all Americans “peace, concord and every material and spiritual prosperity.”

NEXT: ‘We will be protected by God,’ Trump declares in inaugural address