‘We will be protected by God,’ Trump declares in inaugural address 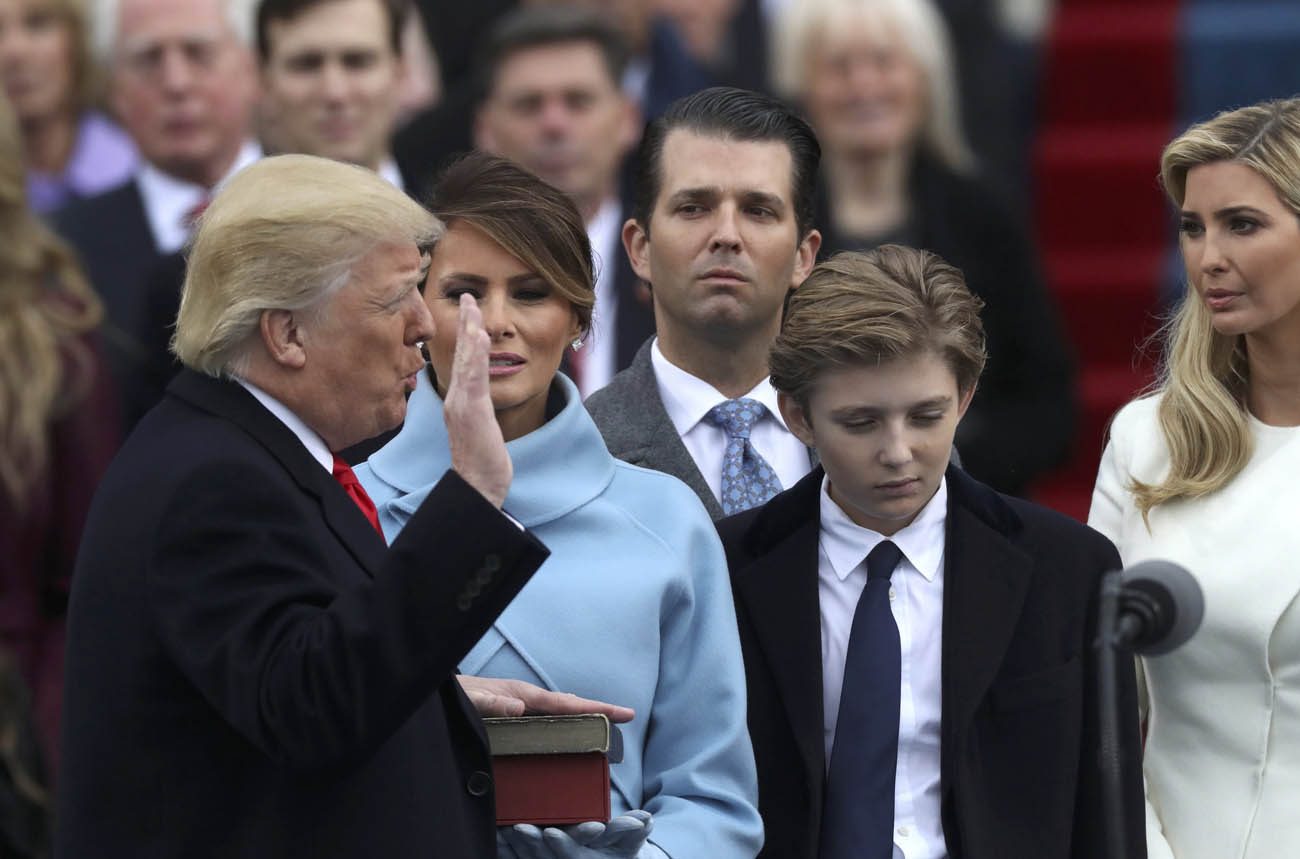 U.S. President Donald Trump places his hand on the Bible as he takes the oath of office administered by U.S. Chief Justice John Roberts Jan. 20. At Trump's side are his wife, Melania, and children Barron, Donald and Ivanka during his swearing-in as the country's 45th president at the U.S. Capitol in Washington. (CNS photo/Carlos Barria, Reuters)

WASHINGTON (CNS) — President Donald J. Trump told the nation in his inaugural address that it need not fear in the days ahead.

In signaling a new era for the United States, “at the bedrock of our politics will be a total allegiance to the United States of America, and through our loyalty to our country, we will rediscover our loyalty to each other,” Trump said in his 15-minute address. “When you open your heart to patriotism, there is no room for prejudice. The Bible tells us how good and pleasant it is when God’s people live together in unity. We must speak our minds openly, debate our disagreements honestly, but always pursue solidarity. When America is united, America is totally unstoppable.”

He said Americans of all stripes harbor common hopes and dreams.

“We all enjoy the same glorious freedoms,” Trump said, “and we all salute the same great American flag. And whether a child is born in the urban sprawl of Detroit or the windswept plains of Nebraska, they look up at the same night sky, they fill their heart with the same dreams, and they are infused with the breath of life by the same almighty Creator.” 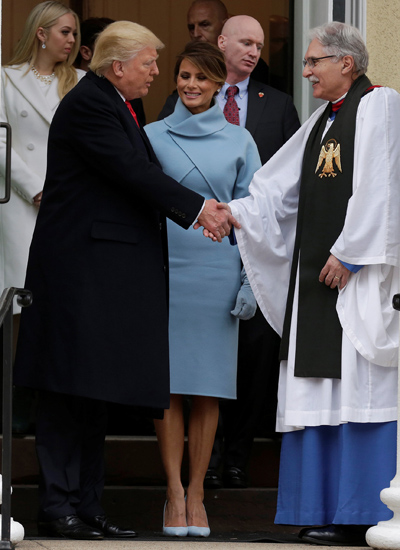 U.S. President-elect Donald Trump and his wife, Melania, greet the Rev. Luis Leon as they depart from services at St. John’s Episcopal Church in Washington prior to the Donald Trump’s Jan. 20 swearing-in as the country’s 45th president. (CNS photo/Joshua Roberts, Reuters)

Much of the rest of Trump’s inaugural address restated the themes he used in his presidential campaign, remarking repeatedly that the nation and its citizens would be his top priority as president.

Trump distilled the ills he saw in the United States: “Mothers and children trapped in poverty in our inner cities, rusted-out factories scattered like tombstones across the landscape of our nation. An education system flush with cash but which leaves our young and beautiful students deprived of all knowledge. And the crime and the gangs and the drugs that have stolen too many lives and robbed our country of so much unrealized potential. This American carnage stops right here and stops right now.”

The 45th president, who is a Presbyterian, said: “From this day forward, it’s going to be only America first. America first. Every decision on trade, on taxes, on immigration, on foreign affairs will be made to benefit American workers and American families. We must protect our borders from the ravages of other countries making our products, stealing our companies and destroying our jobs. Protection will lead to great prosperity and strength.”

Trump dwelt briefly on the United States’ role in the world. “We will seek friendship and goodwill with the nations of the world, but we do so with the understanding that it is the right of all nations to put their own interests first,” he said. “We do not seek to impose our way of life on anyone, but rather to let it shine as an example. We will shine for everyone to follow. We will reinforce old alliances and form new ones and unite the civilized world against radical Islamic terrorism, which we will eradicate completely from the face of the earth.”

Before the swearing-in ceremonies, the Trump family attended a private prayer service St. John’s Episcopal Church across Lafayette Square from the White House. Hosting the service has been a tradition for the church for at least a dozen presidential inaugurals.

At the Capitol, New York Cardinal Timothy M. Dolan was among a number of religious leaders taking part in the inauguration ceremonies. The cardinal read a passage from the Book of Wisdom. 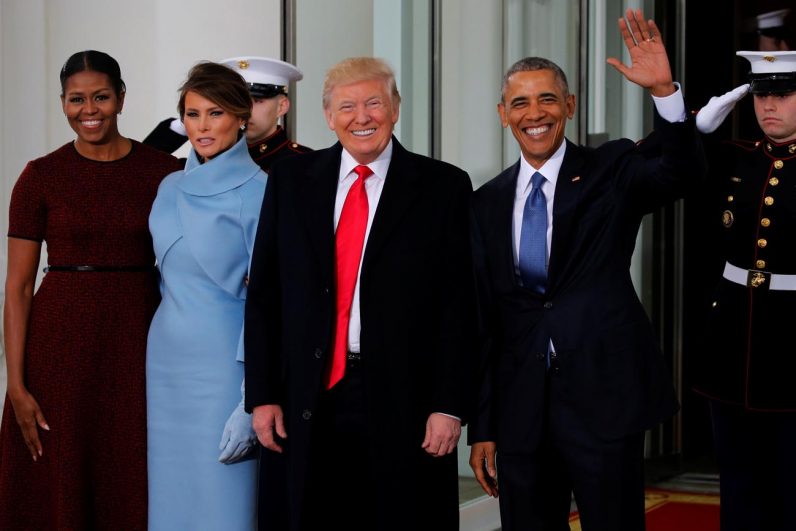 NEXT: Trump presidency receives words of hope, prayers for civility