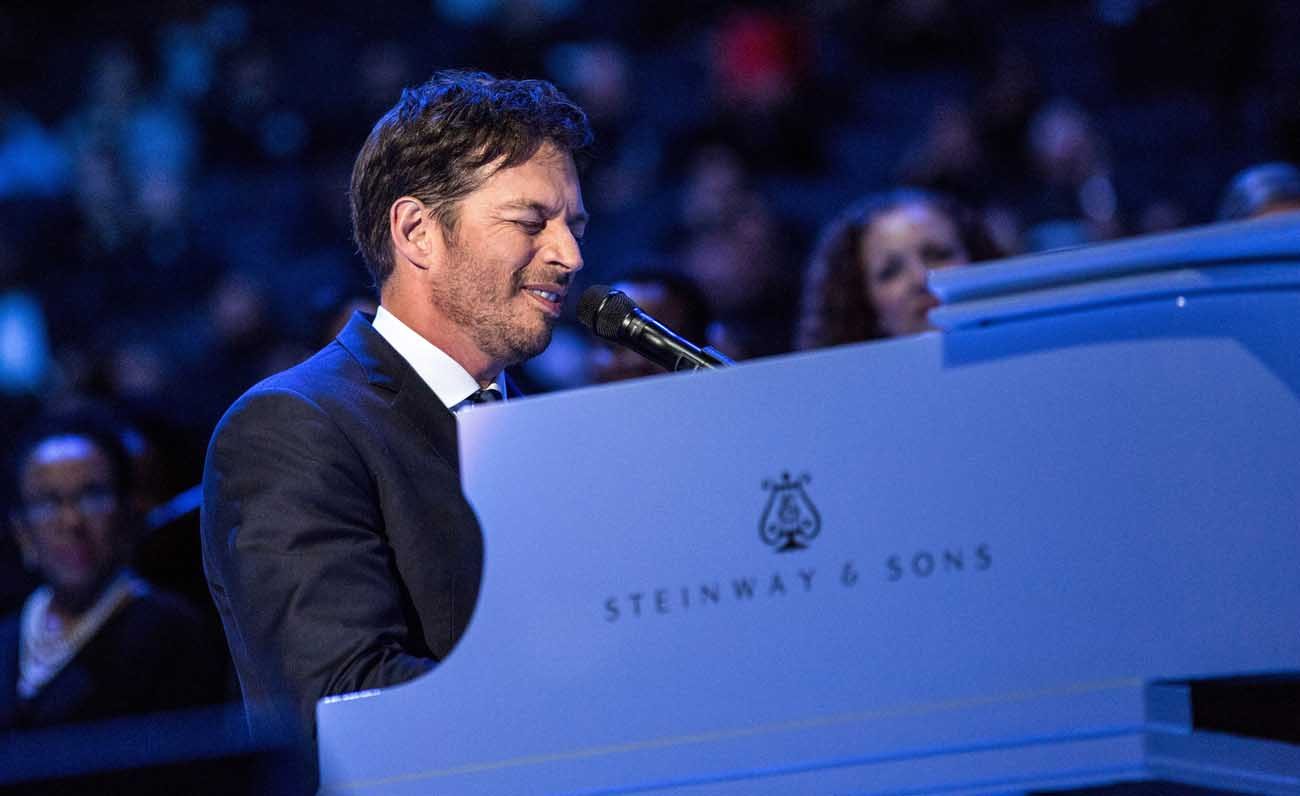 In this 2015 file photo, singer and actor Harry Connick Jr. performs prior to a Mass celebrated by Pope Francis at Madison Square Garden in New York City. (CNS photo/Andrew Burton, pool via EPA)

“It was an idea that I wanted to do for a few years, and these things take time to get off the ground,” Connick told Catholic News Service in a Feb. 3 telephone interview from Houston, where he was on hand to watch the Super Bowl two days later. “I said I wanna go to the party in the middle of the day, and they said yeah.”

“Harry” is nothing if not breezy and full of blue sky. For the Veterans Day show, the studio audience was full of service members in uniform and their families, and all the guests had some connection to the military. For an early February installment, children made up the studio audience while their parents were in the party room — that word again — backstage.

Connick, still a trim 49 years old, tapes two shows three days a week in New York, then uses the other two weekdays for remote filming to use in episodes. And with seven different “acts” in an hourlong show, that can mean a lot of footage. Meanwhile, Connick, who got his professional start as a piano prodigy while still a child, writes the arrangements the studio band plays during the show.

The term “pace yourself” seems not to apply to him. “There’s never really any pacing that I had to do, nothing different. When I did Broadway, it was eight show a week,” he said. “I feel very comfortable in front of an audience, in front of my fans.”

Connick was raised in an interfaith household in New Orleans.

“My mom was Jewish although she didn’t practice when I knew her (she died when he was 13), and my dad (a 30-year district attorney for New Orleans Parish) is Catholic. But my mother was very knowledgeable about Christianity and the Bible and the Catholic faith, so it never felt like there were two things going on,” he told CNS.

“I knew she didn’t go to church and she wasn’t Christian, but the values were exactly the same. They were in sync. It just wasn’t spelled out in the same way. I got to see things from different perspectives.”

What Connick said he likes most about the Mass is “the familiarity of the Mass being consistent no matter where you go. St. Patrick’s (Cathedral) the other day in New York, the 22-minute Mass that Cardinal (Timothy M.) Dolan gave was the same format when you go in Madrid. I like that. You always sort of know. Those bones are always going to be the same. You always get so much more.”

Given his touring schedule — he hasn’t performed on tour since “Harry” debuted in September — getting to Sunday Mass on the road isn’t always the easiest thing. “The first and primary thing is making sure in finding the time to go,” Connick said. “I’m not a perfect Catholic. There are many Sundays when I haven’t gone. It’s a matter of getting out of bed and doing it. I’m not ashamed to admit that I keep working on it. I have a long way to go and a lot to learn.”

This is hardly Connick’s first foray into TV. He spent six seasons as a judge on “American Idol,” had a recurring role for four seasons on the sitcom “Will and Grace” — he hasn’t been contacted about reprising his part in the announced 10-episode sequel to the original series — and was featured along with fellow Catholic Jim Gaffigan in the 2016 documentary “The Original Image of Divine Mercy.”

But for now, “Harry” is his responsibility, as host, arranger, executive producer and also head of the show’s production company. “I want to make the best possible show that I can,” Connick said, “and make people feel a little bit better while they’re watching it.”

NEXT: Where does ‘The Comedian’ die? On stage and screen