Where does ‘The Comedian’ die? On stage and screen 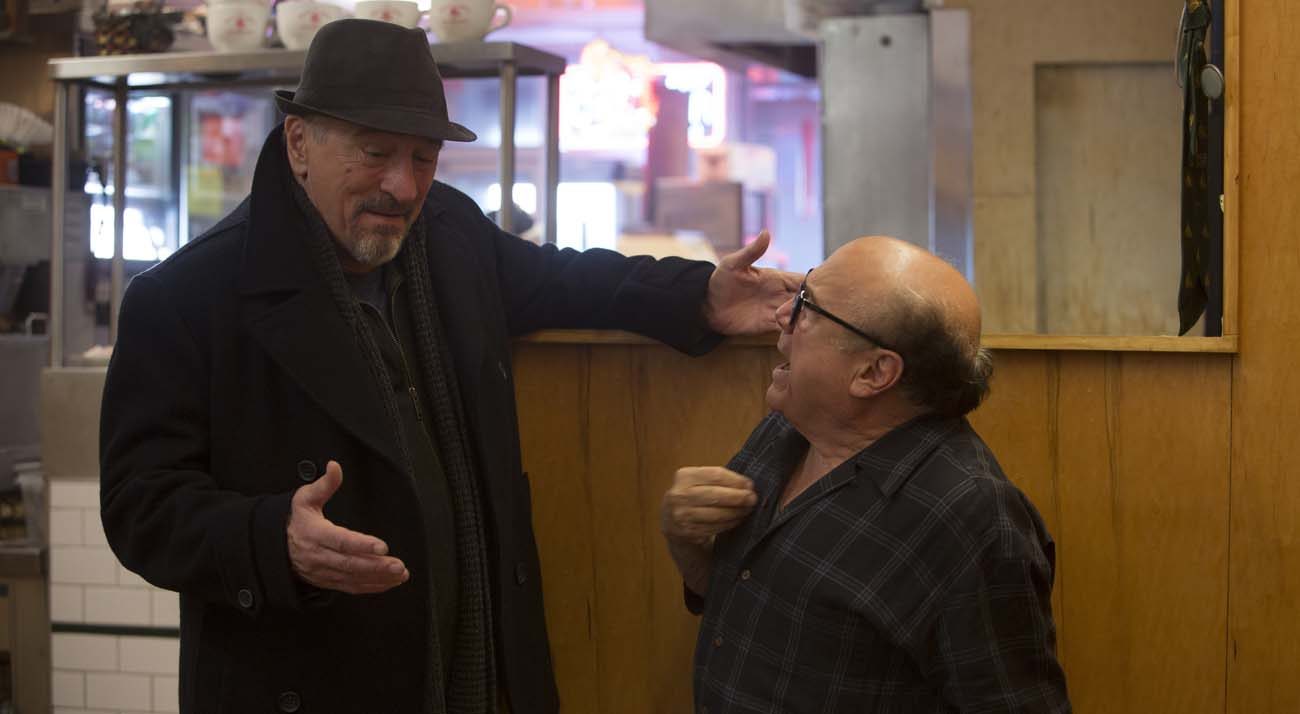 Robert De Niro and Danny DeVito star in a scene from the movie "The Comedian." (CNS photo/Sony Pictures Classics)

NEW YORK (CNS) — If a movie’s going to be titled “The Comedian” (Sony Classics), and the phrase isn’t intended ironically, since the film is about a stand-up comic, the audience has a right to expect that some mirth, at least, awaits therein.

Well, more’s the pity. With Robert De Niro as insult comic Jackie Burke, this is where funny has gone to die — cringing the entire way.

Portrayals of sad, bitter comedians chasing fading laughter and applause have been around for decades, notably with Laurence Olivier in “The Entertainer” (1960), Billy Crystal in “Mr. Saturday Night” (1992) and Adam Sandler in “Funny People” (2009).

What makes “The Comedian” unique in this pantheon is that, whenever De Niro grabs a microphone and launches into one of Jackie’s caustic, profane rants, whatever pleasant storytelling flow has existed up to that point suddenly ends — in the manner of a car crash.

Jackie’s at a precipice in both his life and career. His fame comes from a starring role in a catchphrase-laden 1980s sitcom, which threatens to pigeonhole him as a nostalgia act.

He has anger issues, too, and one night he attacks a heckler, who quickly puts the assault on YouTube. Viral ignominy finally gives Jackie’s career some heat, but he’s too suspicious and unbending to take advantage of it.

Unable to leave New York City because of his probation and sentenced to community service at a soup kitchen following a stint in jail, Jackie tries to reconnect to humanity through his steady comic patter with the homeless. He also starts a furtive romance with Harmony (Leslie Mann), a mobster’s daughter who’s also doing community service and has temper problems of her own.

Everyone in Jackie’s orbit suffers from his abuse, including his agent, Miller (Edie Falco), brother, Jimmy (Danny DeVito), and sister-in-law, Florence (Patti LuPone).

Director Taylor Hackford and a quartet of screenwriters capture a bickering, yet affectionate, show-business milieu, somewhat reminiscent of Woody Allen’s “Broadway Danny Rose” from 1984. But in Jackie, they have too unpleasant and pointless a character to sustain a compelling narrative.

NEXT: Inspiring tale of loving adoption roars to life in ‘Lion’