Movie review: Get Out 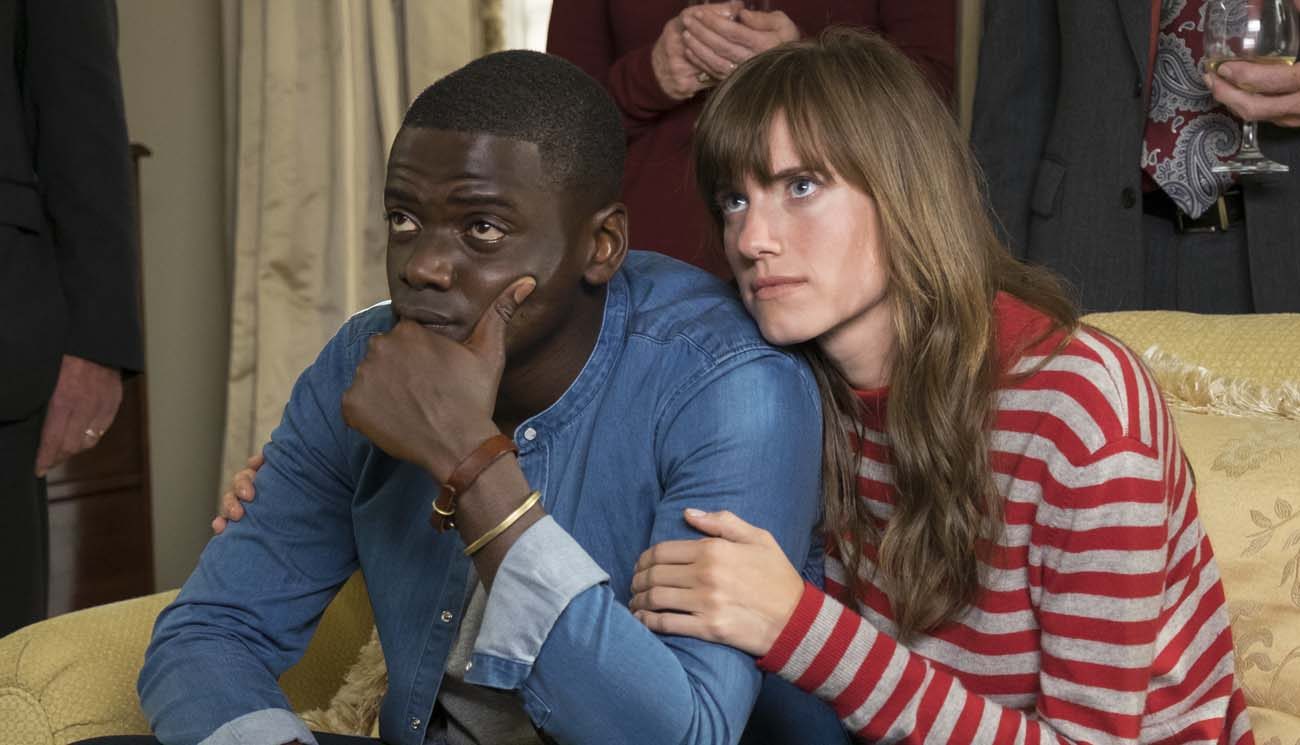 Daniel Kaluuya and Allison Williams star in a scene from the movie "Get Out." (CNS photo/Universal)

NEW YORK (CNS) — Is the thriller “Get Out” (Universal) as good as all get out? Well, not exactly.

Clever social commentary from writer-director Jordan Peele does add heft to the proceedings. But late scenes featuring some gory encounters, together with swearing throughout, make his film a rugged ride even for grown-ups.

In lieu of the earlier movie’s titular meal, the occasion for Chris’ introduction to the family is to be a weekend visit to the Armitages’ tony estate in the country.

While Chris is prepared for the initial awkwardness Missy and Dean display as they go out of their way to show they’re not bigots, less predictable developments leave him increasingly unsettled. There’s Rose’s weirdly aggressive brother Jeremy (Caleb Landry Jones), for instance, who seems to be spoiling for a martial-arts smackdown with Chris.

Then, too, there’s the Armitages’ strangely subdued, zombie-like household staff: maid Georgina (Betty Gabriel) and gardener Walter (Marcus Henderson). In fact, Chris is disturbed by the behavior of pretty much everyone he meets during his stay, on both sides of the racial divide.

As things turn ever more sinister, Peele adeptly uses horror tropes to comment on slavery, racism and liberal pieties. The plot’s denouement, however, comes dipped in a needless amount of blood.

This wrap-up is also clearly designed to incite the audience to cheer as an array of villains meet satisfyingly grisly ends. It’s ironic — and unfortunate — that a picture aimed at satirizing one negative aspect of human nature should eventually appeal to another.

The film contains some harsh and bloody violence, cohabitation, at least one use of profanity and pervasive rough and crude language. The Catholic News Service classification is L — limited adult audience, films whose problematic content many adults would find troubling. The Motion Picture Association of America rating is R — restricted. Under 17 requires accompanying parent or adult guardian.

NEXT: A long history of advertising to kids — and of trying to stymie it