A story of love, race and world politics in ‘A United Kingdom’ 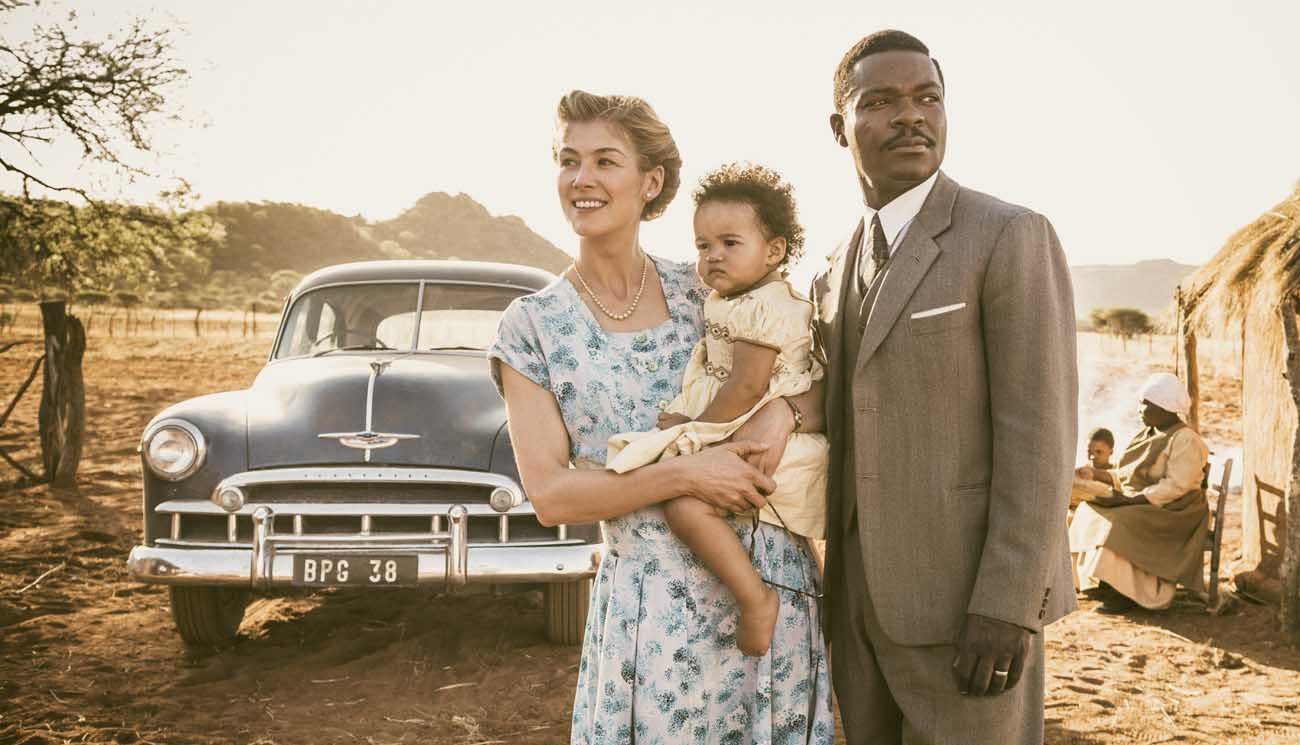 Rosamund Pike, Madison Manowe and David Oyelowo star in a scene from the movie "A United Kingdom." (CNS photo/Fox)

Seretse and Ruth cross paths at a dance where they discover a mutual love of jazz. She subsequently learns that he’s a prince of what was then called Bechuanaland, a British protectorate (the future Botswana). Their romance proceeds at a rapid clip despite occasional encounters with racist street punks.

Political considerations pose a much larger obstacle, however. The British government has to deal with Bechuanaland’s neighbor, South Africa, which is on the verge of installing apartheid as official — and violently enforced — government policy and is outraged by the high-profile marriage.

The match also runs into considerable resistance from Seretse’s uncle, Tshekedi (Vusi Kunene), who has long been the protectorate’s acting regent. It draws the scorn of many native women as well.

The generic portrayal of this last group reveals the basic flaw hobbling director Amma Asante and screenwriter Guy Hibbert’s film: Virtually everyone on screen is an archetype.

Although dealing in generalities can be an efficient way to boil down episodes of the past that are likely unfamiliar to modern audiences, it also hinders the storytelling.

Sometimes, an epic, in-your-face treatment, such as that seen in 1982’s “Gandhi” or 2014’s “Selma” is the best way to go with stories of bigotry, since such an approach gets facts across in an easily comprehensible way. Without it, they can become difficult to follow, as in last year’s “Loving.”

But there are obvious budgetary constraints at work here. As a result, members of Seretse’s tribe have little to do except chant and sing in crowd sequences.

Similarly, the perfidy of British politicians, including Prime Minister Clement Attlee (Anton Lesser), is mostly kept off-screen, except for sneering appearances by diplomat Sir Alistair Canning (Jack Davenport). Canning opposes Seretse’s union to such an extent, he forces the prince into exile.

Despite its narrative shortcomings, “A United Kingdom” does boast a strong moral component.

Ultimately, for example, official acceptance of a marriage that threatened to undermine Britain’s fragile postwar remnants of empire depended not on a court ruling, but on the conscience of the British people. It was they who finally persuaded their political representatives that this couple was no menace to international relations.

Yet, except for the core romance and Ruth’s struggles for acceptance, little of this complicated saga — in addition to everything else, the machinations of an American diamond-mining company get thrown into the mix — comes across clearly. There is inspiration to be found here. But it requires quite a bit of patience on the viewer’s part to locate it.

The film contains brief sensuality and some racial slurs. The Catholic News Service classification is A-III — adults. The Motion Picture Association of America rating is PG-13 — parents strongly cautioned. Some material may be inappropriate for children under 13.

NEXT: Glories abound for ‘Beauty and the Beast,’ with one exception