Despite a flimsy premise, ‘The Boss Baby’ demands a few laughs 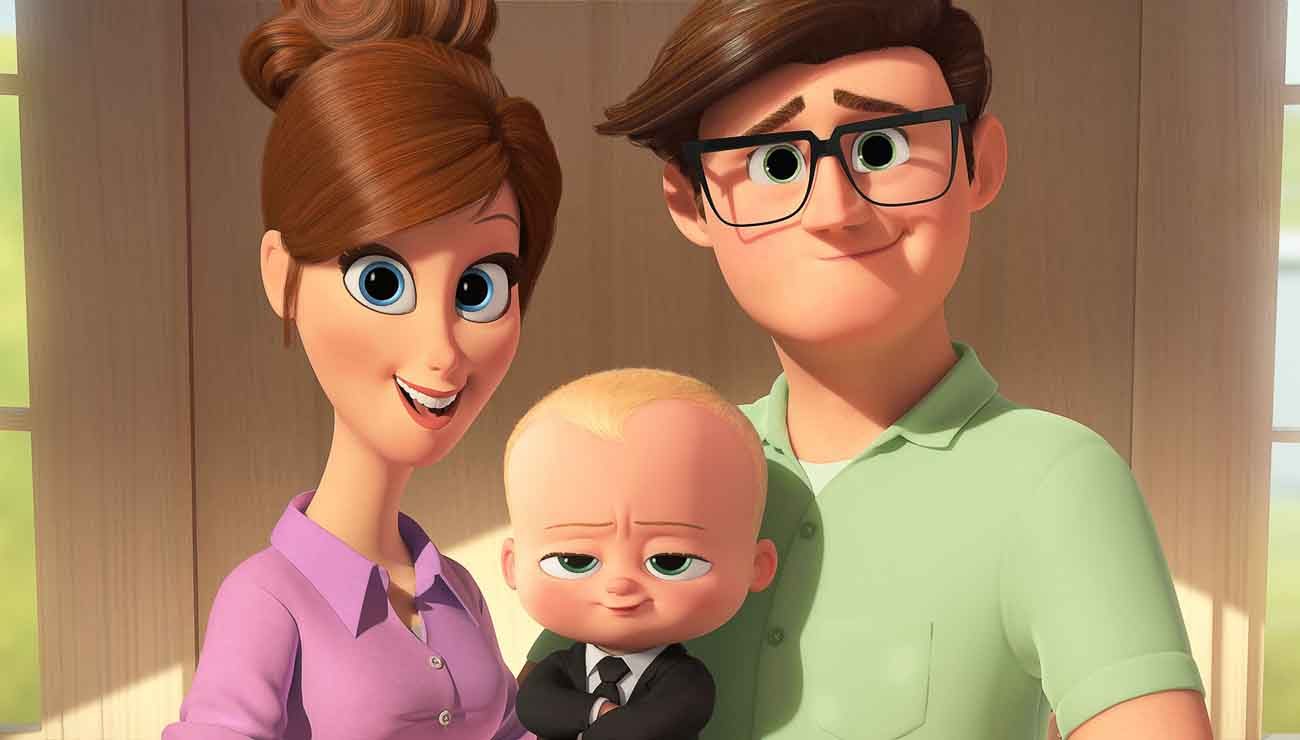 NEW YORK (CNS) — Fans of Stewie Griffin, the “enfant terrible” of Fox-TV’s “Family Guy,” will know in advance just what effect the folks behind “The Boss Baby” (Fox) are aiming for with their incongruously mature title character.

Whether the filmmakers have managed to create a similarly memorable prodigy is, however, another question.

In fact, considered overall, this animated take on the trauma of acquiring a younger sibling can best be described as amusing but flimsy. On the upside, objectionable elements are sufficiently few that all but the very youngest family members can safely enjoy the fleeting fun.

As narrator Tobey Maguire informs us, 7-year-old only child Tim (voice of Miles Bakshi) is a contented lad. He enjoys the undivided attention of his hard-working but solicitous parents (voices of Jimmy Kimmel and Lisa Kudrow), so life is good.

Until, that is, the arrival of the eponymous — and otherwise unnamed — infant (voice of Alec Baldwin) whose disruptive presence promptly turns Tim’s well-ordered world upside down. Resentful of the newcomer, Tim is also suspicious of such peculiarities as the fact that his brother arrived as the sole passenger in a taxi and that he wears a business suit.

A little investigation proves that this is, indeed, no ordinary babe in arms. Endowed with an adult personality and the ability to speak, he also has a corporate agenda to pursue.

As a representative of the company that manufactures infants, Boss Baby is out to thwart the multiply named Francis Francis (voiced by Steve Buscemi), the head honcho of a pet marketing conglomerate. Francis, we learn, has developed a puppy so irresistible that no one will want to have children once the pooch becomes available. It’s up to Boss Baby to prevent the product launch of this heart-hogging animal.

All of this is explained with the aid of pie charts showing cuddly dogs eating into the market for youngsters, a satiric point that can be seen as vaguely pro-life.

But a darker tone — in line with the movie industry’s disdain for all other forms of profit making endeavor — is introduced as Boss Baby schemes shamelessly and callously threatens Tim with the loss of their parents’ affection. (Once further exposition reveals that success will mean Boss Baby’s permanent return to headquarters, however, Tim becomes his willing collaborator.)

Beyond gentle domestic discord and the caricaturing of executives, a more pressing concern for real-life moms and dads may be the repetition in the dialogue of the question, “Where do babies come from?” The answer is always, of course, a whimsical one, though a whispered exchange between Tim and Boss Baby, inaudible to the audience, briefly hints at the true explanation before both agree in rejecting it.

Along with some silly potty and anatomical gags — this is not a movie for those averse to the sight of an animated newborn’s bottom — that’s about all there is to worry about in director Tom McGrath’s ephemeral adaptation of Marla Frazee’s 2010 picture book.

As for Stewie, he’s unlikely to eat his heart out over the debut of his big-screen rival.

The film contains some slapstick violence, mild scatological humor and a religiously themed but not irreverent joke. The Catholic News Service classification is A-I — general patronage. The Motion Picture Association of America rating is PG — parental guidance suggested. Some material may not be suitable for children.

NEXT: Soulless ‘Ghost in the Shell’ drops pearls of wisdom like lumps of lead