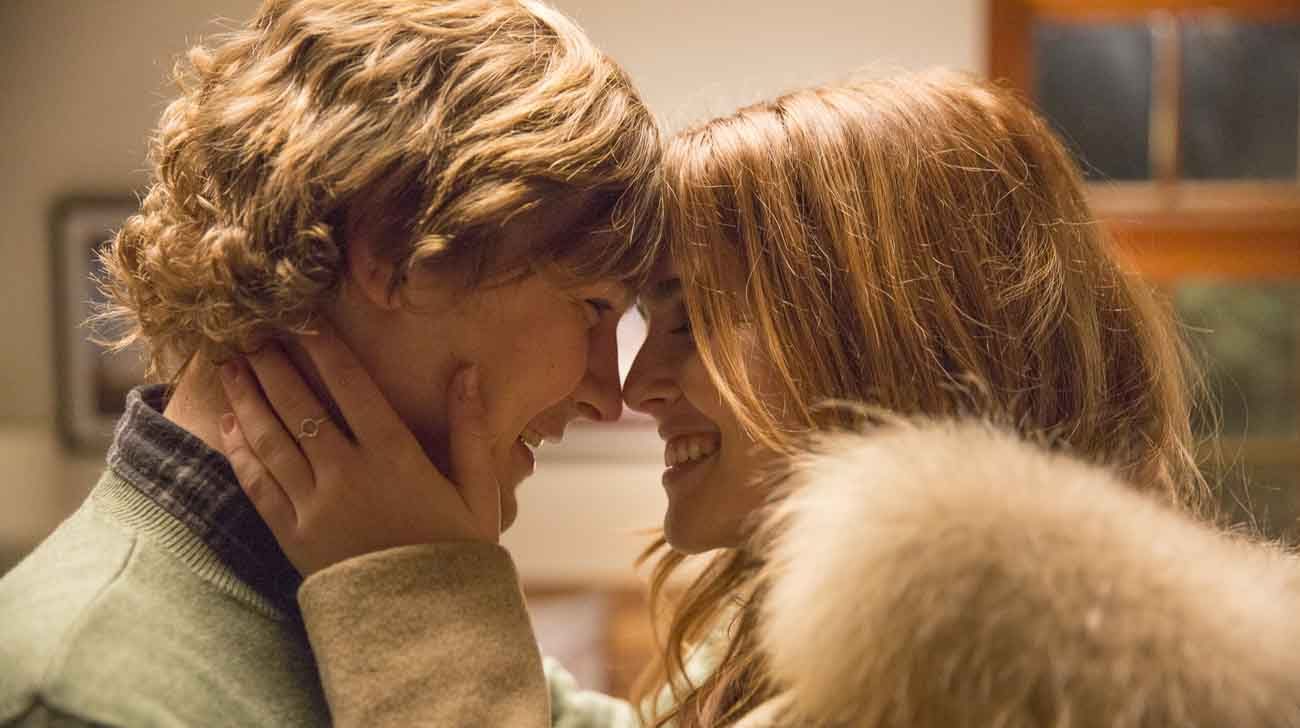 Logan Miller and Zoey Deutch star in a scene from the movie "Before I Fall." (CNS photo/Open Road)

NEW YORK (CNS) — Sound values underlie the conversion story “Before I Fall” (Open Road). But the path toward its positive conclusion takes twists and turns that will give the parents of targeted teens pause in considering whether their kids should travel it.

Early on in the film, its main character, seemingly successful high school student Samantha Kingston (Zoey Deutch), is killed in a car crash. But instead of this being the end of her tale, it turns out to be just the beginning.

Samantha awakens again on the morning of her last day on earth, a period of time, she soon discovers, that she will be forced to relive over and over until she discerns what she needs to change about her life to escape the cycle. The relationships she has to re-evaluate include those with her trio of closest pals, Lindsay (Halston Sage), Ally (Cynthy Wu) and Elody (Medalion Rahirri).

Additionally, she’ll need to re-examine her bond with her shallow boyfriend, Rob (Kian Lawley), her treatment of Kent (Logan Miller), the less glamorous but more caring lad who has loved her from afar since childhood, and her persecution of troubled schoolmate Juliet (Elena Kampouris) whom Samantha and her clique relentlessly torment.

Symptomatic of the problem with director Ry Russo-Young’s adaptation of Lauren Oliver’s 2010 novel for young adults is Samantha’s attitude toward romance and sexuality. This is another area in which her values take a posthumous turn for the better. Yet her starting point on this journey finds her besties celebrating the fact that she is about to lose her virginity, and presenting her with a condom for the occasion.

Together with some of the language in Maria Maggenti’s script, such behavior makes “Before I Fall” a risky proposition for any but grownups.

The time loop conceit inevitably invites comparison with the 1993 comedy “Groundhog Day.” But for Catholic moviegoers, at least, Samantha’s experience also can be viewed from a theological perspective as representing a sort of purgatory through which she must pass.

The fact that she not only sees through the illusions that have blinded her in the past but reaches a high level of compassion and altruism fittingly fulfills the goal of that cleansing state. So it’s a shame that other aspects of the movie preclude endorsement for the young people at whom “Before I Fall” is clearly aimed.

The film contains semi-graphic premarital sexual activity, partial nudity, underage drinking, a single use each of profanity and rough language, a mild oath, frequent crude talk and mature references, including to homosexuality. The Catholic News Service classification is A-III — adults. The Motion Picture Association of America rating is PG-13 — parents strongly cautioned. Some material may be inappropriate for children under 13.

PREVIOUS: ‘The Shack’ builds a case for a Christian perspective on evil

NEXT: ‘Logan’: A gory, gutsy film, in the worst sense