‘The Shack’ builds a case for a Christian perspective on evil 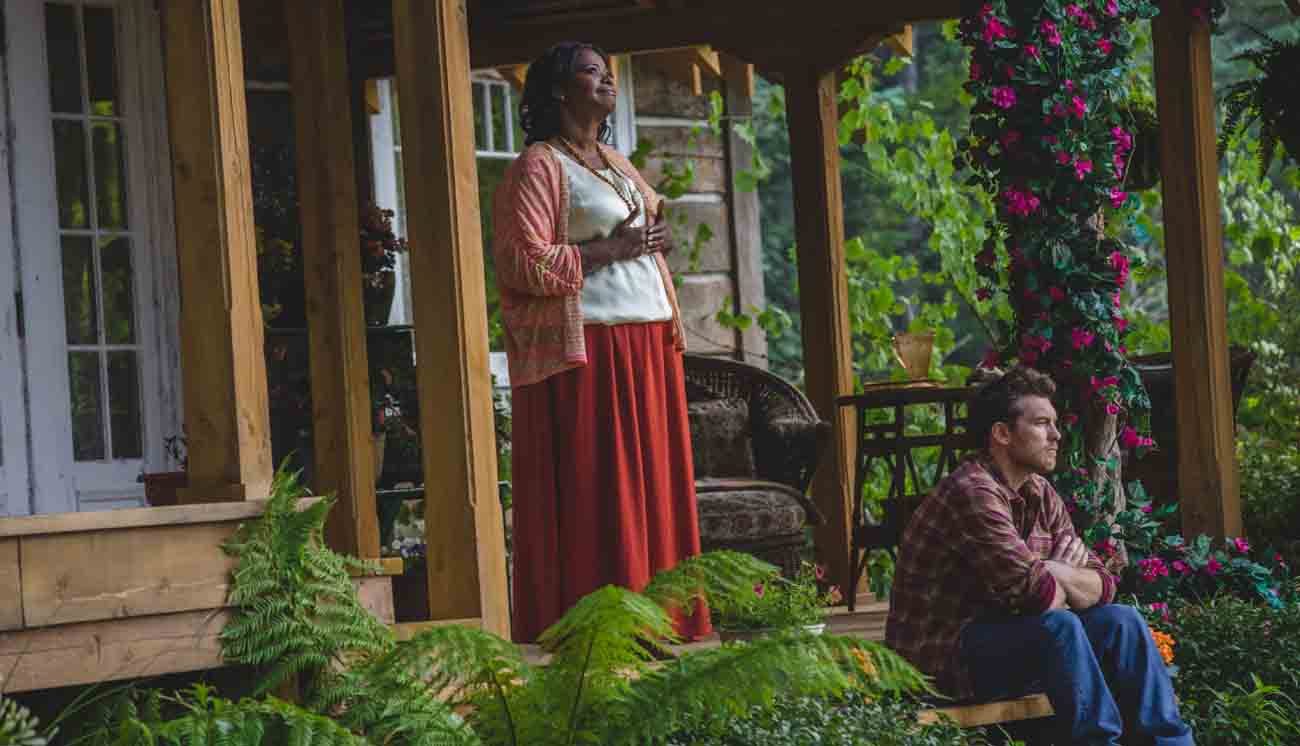 Octavia Spencer and Sam Worthington star in a scene from the movie "The Shack." (CNS photo/Lionsgate)

NEW YORK (CNS) — “The Shack” (Summit), director Stuart Hazeldine’s screen version of William Paul Young’s best-selling novel, represents a serious effort to tackle the problem of evil from a Christian perspective. As such, it will be welcomed by believers.

While objectionable elements are virtually absent from the film, however, patches of dialogue discounting the value of religion — here implicitly set in opposition to faith broadly speaking — and hinting that God is indifferent to how we worship him mean that impressionable viewers should keep their distance. So, too, does the morally problematic treatment of a dark and long-kept secret.

After his young daughter, Missy (Amelie Eve), is abducted and murdered, previously devout churchgoer Mackenzie “Mack” Phillips (Sam Worthington) has a crisis of faith. But a note from “Papa,” his wife, Nan’s (Radha Mitchell), nickname for God, leads to an encounter with the Trinity near the titular hideout where evidence of Missy’s death was uncovered that alters his perspective.

Octavia Spencer plays an unflappable, warmhearted God the Father, Avraham Aviv Alush a fun-loving Jesus and Sumire a serene Holy Spirit. As Spencer bakes, Sumire gardens and Alush tinkers in his carpentry shed, Worthington learns to see his own tragedy as a spiritual death that offers the prospect of resurrection.

While some may be uncomfortable with the fact that both the Father and the Holy Spirit manifest themselves to the protagonist as women, given that they would be free to do so in whatever guise they chose, this is no real objection — all the more so since Spencer eventually morphs, when it seems advisable, into a paternal Graham Greene.

The narrative’s brief descent from nondenominationalism into outright indifferentism and its suggestion that religion is “too much work” are more substantial defects. While Mack has much to forgive, moreover, he has a shocking crime in his own background that the movie seems to excuse too easily.

Beautiful settings and a sense of humor help to keep the somewhat overlong proceedings from bogging down in sentimentality. But the script, penned by John Fusco, Andrew Lanham and Destin Cretton, takes on too many weighty subjects — from the suffering of innocents to the need for forgiveness — to treat any one of them in a fully satisfying way.

Still, on the whole, this is an intriguing endeavor to accomplish the same goal British poet John Milton set himself in writing his masterpiece, “Paradise Lost,” namely, “to justify the ways of God to men.”

The film contains scenes of domestic violence and mature themes requiring careful discernment. The Catholic News Service classification is A-III — adults. The Motion Picture Association of America rating is PG-13 — parents strongly cautioned. Some material may be inappropriate for children under 13.

NEXT: What comes after ‘Before I Fall’ is key to a conversion tale