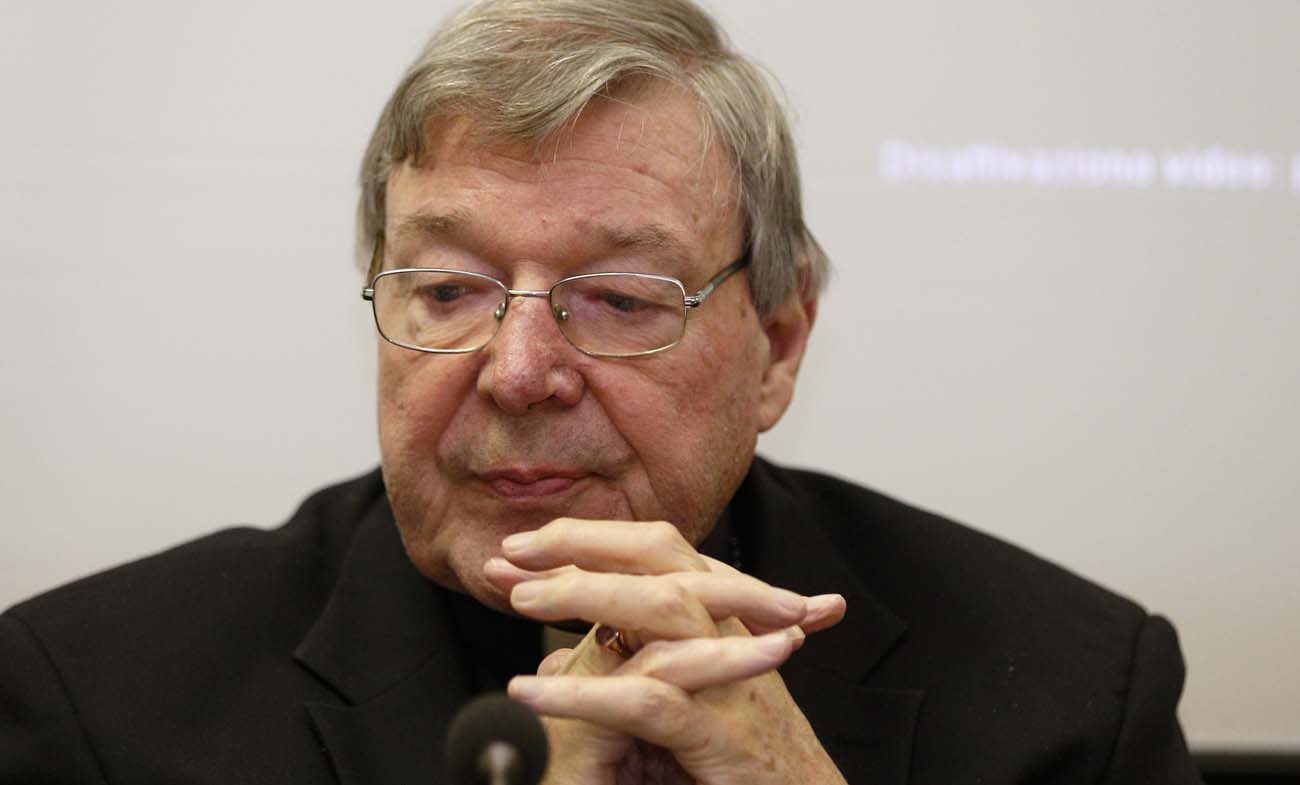 Australian Cardinal George Pell, prefect of the Vatican's Secretariat for the Economy, attends the presentation of the book, "Connected World," at the Vatican March 28. The book by Father Philip Larrey addresses advanced technology and the rise of artificial intelligence on society. (CNS photo/Paul Haring)

VATICAN CITY (CNS) — Although new technologies can promote employment and new opportunities in an ailing economy, if used improperly, they can also lead to tragedy and affect the course of history, a Vatican official said.

As the use of modern technology and artificial intelligence increases in the world, those who suffer its effects due to lack of employment will be unable to “cope with additional misfortune,” said Cardinal George Pell, prefect of the Secretariat for the Economy.

“Drugs and alcohol enhance the tragedy, but certainly the decline in social capital; for example, family breakdown, extranuptial births, widespread pornography, addictive computer games and the decline in religious faith and practice,” Cardinal Pell said March 28 during the presentation of a book on technology’s influence on society.

“Connected World,” by Father Philip Larrey, a philosophy professor at Rome’s Pontifical Lateran University, studies the impact and long-term consequences of increasingly advanced technology and the rise of artificial intelligence on society.

Cardinal Pell acknowledged that while he is not an expert in the field, the consequence of artificial intelligence on society is an issue “I am interested (in), and increasingly so.”

The Australian prelate said that while computers and robots are never evil in themselves, “they can be used to perform actions we rightly call evil.”

Citing St. John Paul II’s words on the dignity of work, the cardinal said governments must contemplate whether “advances in technology will leave more jobs destroyed than created or vice versa.”

“Would a democratic government ever be reconciled to a situation where an inactive majority receive a living allowance?” he asked. It is “a spectacular new option for a welfare society of unhappy dependents.”

As the free market faces new challenges with the rise of technologies, the cardinal said, governments must ensure “that economies aren’t trapped by their own successes.”

The election of Donald Trump as president of the United States and the exit of the United Kingdom from the European Union, he added, “have shown that a strong majority of elite opinion will not necessarily prevail with the majority of the voters.”

Cardinal Pell said if people experience personal tragedies and “radical inequality,” it “will provoke huge political changes. I think the bitterness will really increase if Trump is unable to effect any or many of his promised reforms.”

PREVIOUS: Pope urges bishops from western Canada to be close to their people

NEXT: Congo’s bishops give up on peace mediation