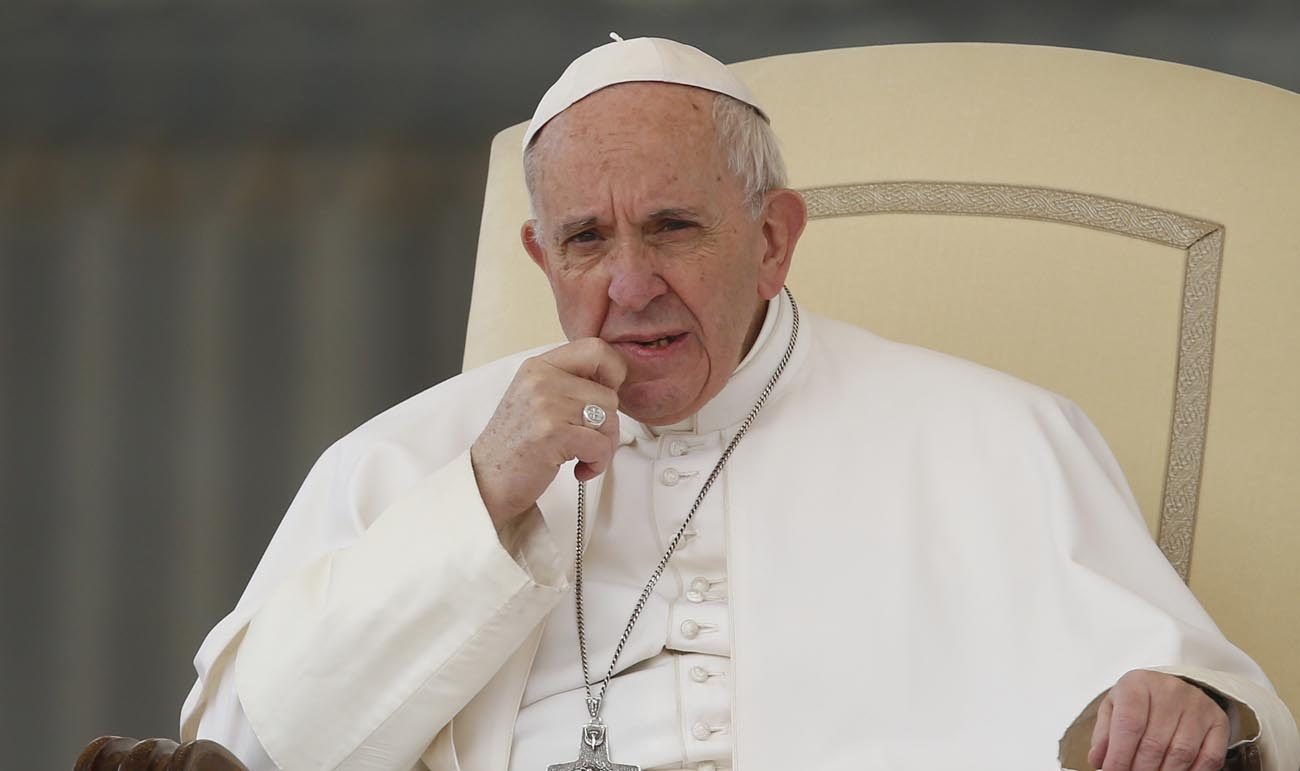 Pope Francis looks on during his general audience in St. Peter's Square at the Vatican in this March 22, 2017, file photo. (CNS photo/Paul Haring)

VATICAN CITY (CNS) — Not listening to God’s voice can distance Christians from him and lead them instead to seek solace in worldly idols that offer only doubt and confusion, Pope Francis said.

When Catholics are “deaf to the word of God,” their hearts are hardened, and “they lose the meaning of faithfulness,” the pope said March 23 in his homily during morning Mass at Domus Sanctae Marthae.

The pope began his homily by reflecting on the day’s first reading from the prophet Jeremiah in which God laments the unfaithfulness of his people who “walked in the hardness of their evil hearts and turned their backs, not their faces, to me.”

“Not listening to and turning our backs — which hardens our heart — takes us on that path of unfaithfulness,” the pope said.

In the reading, “the Lord says: ‘Faithfulness has disappeared,’ and we become unfaithful Catholics, pagan Catholics and, even worse, atheist Catholics” without the necessary reference to the love of the living God, the pope said.

Instead of being full of clarity, he continued, Christians on this path of unfaithfulness are filled with confusion, not knowing where God is and confusing “God with the devil.”

Those who said Jesus expelled demons “by the power of Beelzebul, the prince of demons” in the day’s Gospel reading from St. Luke, the pope added, are an example of the last step along this path.

“This is blasphemy. Blasphemy is the final word of this path that begins with not listening, which hardens the heart” and “brings confusion; it makes you forget faithfulness and in the end, you blaspheme.”

Pope Francis said Christians must ask themselves whether they listen to the word of God or have “lost faithfulness to the Lord and live with the idols that offer me the worldliness of every day.”

“Today is a day for listening. ‘Listen today to the voice of the Lord’ we prayed.” the pope said. “‘Do not harden your heart.’ Let us ask for this grace: the grace to listen so that our heart does not harden.”