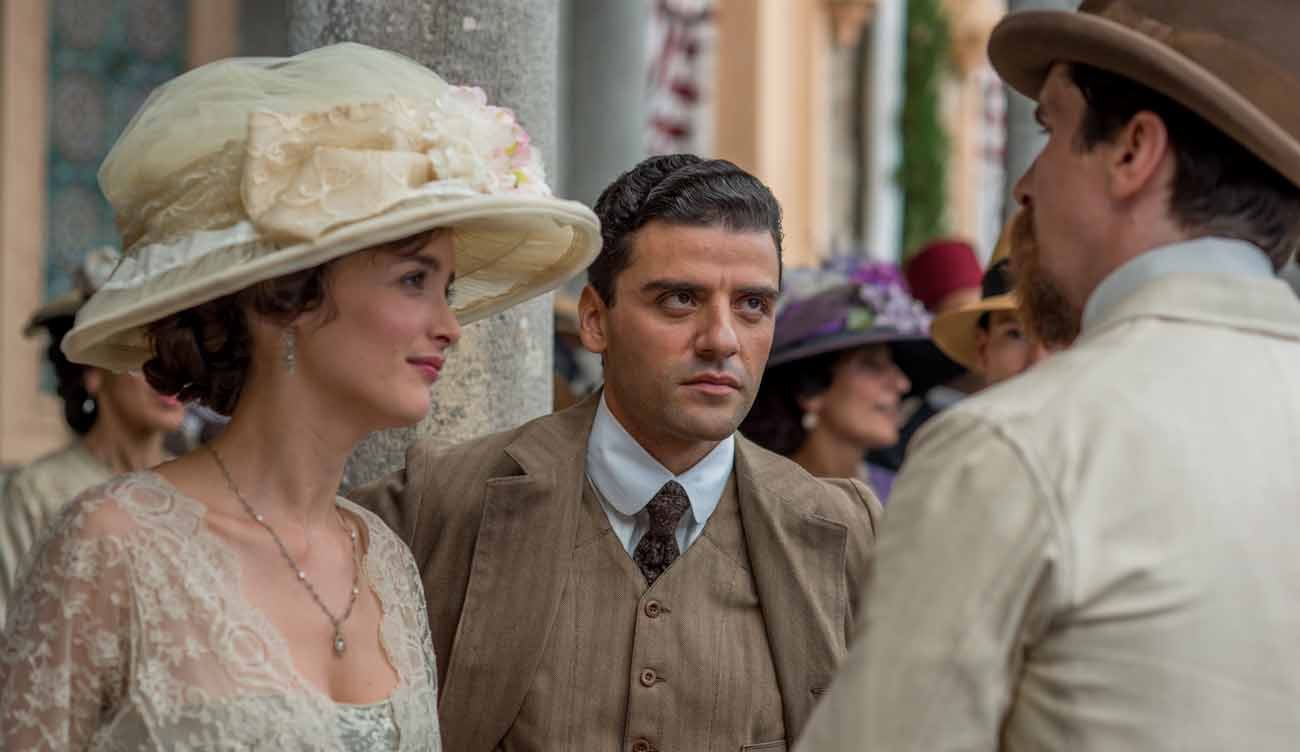 NEW YORK (CNS) — The genocide of the Armenian people by the Ottoman Turks 100 years ago seems an unlikely backdrop for a big-budget Hollywood film. But that’s precisely the point, according to the movie’s producer.

“You can reach so many more people through the medium of film than all the books, lectures and documentaries put together in the past,” explained Eric Esrailian, who produced “The Promise,” currently in theaters. Its release closely coincided with Armenian Genocide Remembrance Day April 24.

Esrailian spoke about the movie following a recent screening held at Manhattan’s Sheen Center for Thought & Culture, a forum for discussion and the arts run by the Archdiocese of New York.

The $100 million film wraps the story of a romance around an important history lesson to raise awareness of this often-overlooked tragedy. Between 1915 and 1922, 1.5 million Armenian Christians were killed — a massive crime which, to this day, the current Turkish government refuses to acknowledge.

During his 2016 visit to Armenia — which, in A.D. 301, became the first country ever to adopt Christianity as its state religion — Pope Francis condemned the genocide. He called it “the first of the deplorable series of catastrophes of the past century, made possible by twisted racial, ideological or religious aims that darkened the minds of the tormentors even to the point of planning the annihilation of entire peoples.”

With its lush cinematography, soaring music, and A-list stars such as Oscar Isaac (“Star Wars: The Force Awakens”) and Christian Bale (“The Dark Knight Rises”), “The Promise” harkens back to epic films such as “Ben-Hur” and “Doctor Zhivago.”

The movie follows two Armenians, earnest medical student Michael Boghosian (Isaac) and Ana Khesarian (Charlotte le Bon), the spirited artist for whom he falls. Following Turkey’s alliance with Germany in World War I, both find themselves endangered as the men, women and children of their homeland are forced from their homes and, if not shot to death, marched off to prison camps in the desert.

Bale plays Chris Myers, a firebrand American journalist who is also Ana’s erstwhile lover. Myers risks his life to bring the ongoing atrocities to the attention of the world.

Esrailian paid tribute to former Hollywood studio head, and fellow Armenian-American, Kirk Kerkorian for establishing Survival Pictures, the production company behind “The Promise,” and bankrolling the project. Kerkorian, who died in 2015 while the movie was in production, also insisted that all proceeds from it be donated to charity.

“Mr. Kerkorian always loved the concept of the story being told as part of a love story,” Esrailian said. “The easiest thing for us to do would have been to tell a brutal horror movie, because that is the truth of the Armenian genocide. It’s 100 times worse than what you see in the film. But that’s not what we wanted to do.

“We wanted to have people transported to another time, and focus on hope, faith, perseverance, family and love — all the things that are part of the Armenian culture, and not be defined by the genocide.”

Academy Award-winning actor James Cromwell (“Babe”) was also present at the event. Though the other leading characters in “The Promise” are fictitious, Cromwell portrays the real-life U.S. ambassador to Turkey at the time, Henry Morgenthau (1856-1946). Morgenthau showed courage in standing up to the Turkish authorities and raising the alarm about the crimes that were taking place.

In a key scene, a perplexed government official wonders why Morgenthau, a Jew, would care so much about Armenian Christians. Morgenthau is outraged by the question.

“For me it has nothing to do with race or religion,” Cromwell said. “It has to do with humanity.”

Cromwell believes “The Promise,” which has been screened at the Vatican and the U.S. Capitol, can leave an important legacy behind it.

“The purpose of the film is to see yourself in what happens, and to make sure that it doesn’t happen again,” he said. “That’s our responsibility.

“The Armenians have been through it and are still here. We should be outraged at what occurred, and then make the next leap to all the other people who are suffering today in Syria, Somalia or the Sudan — suffering that may wind up being called genocide.”

Esrailian agreed. “We want a film that people want to see and can relate to — and connect to — what is happening in the world today,” he said. Esrailian went on to express the hope that “The Promise” will “instill a sense of altruism and kindness towards other people who are in danger.”

NEXT: CRS unveils book about Muslim-Christian cooperation in peacebuilding