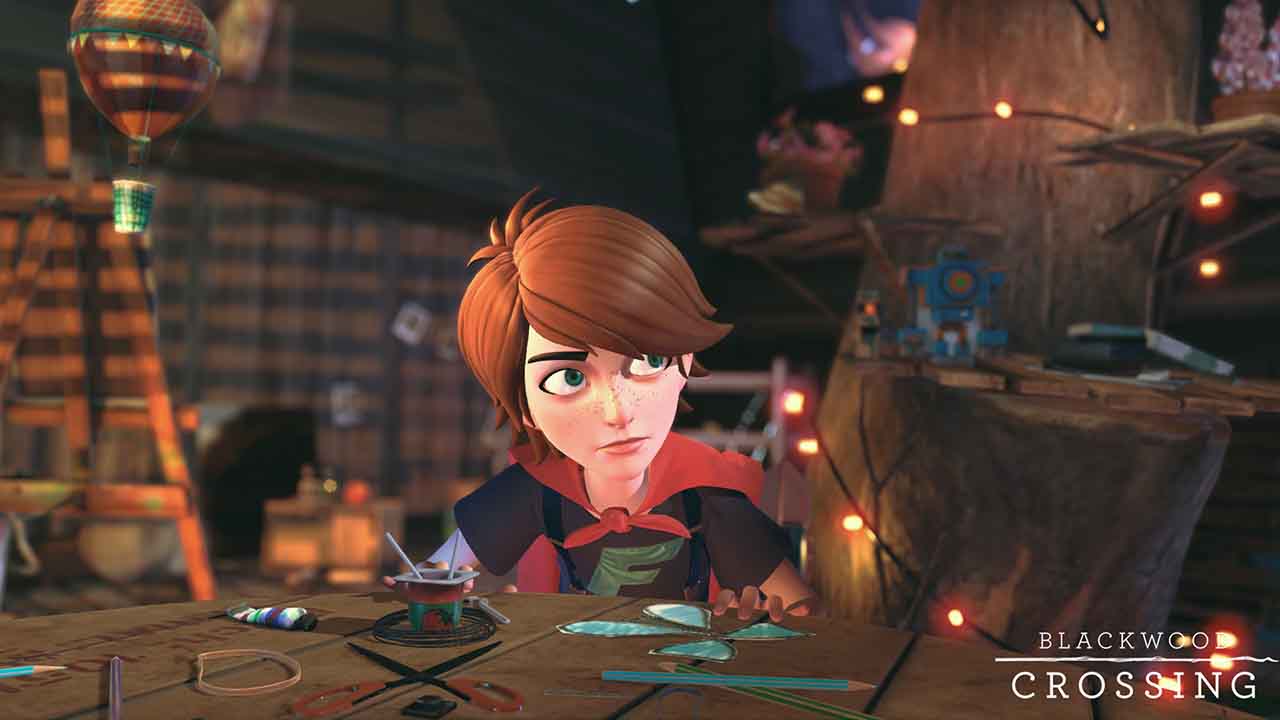 This is a still from the video game "Blackwood Crossing." (CNS photo/PaperSeven)

“Blackwood Crossing” (PaperSeven) is about mortality, but it has none of the usual crunching tropes that subject matter might at first suggest. Rather, this immersive, strange yet beautiful game is about how two young orphans deal with the demise of their parents.

Psychologically and spiritually rich, “Blackwood Crossing” is a narrative-driven experience that combines, in equal parts, “Alice in Wonderland,” a railroad whodunit and the kind of magical realism associated with director Guillermo del Toro.

There are dark and surreal elements to “Blackwood Crossing,” but no nudity, bad language or graphic mayhem. Still, the game’s serious themes and often grim imagery might scare youngsters.

On the other hand, the topic of children enduring loss is handled with such intelligence, artistry and compassion that kids and adolescents might be moved to contemplation and even tears — especially if they experience the game with an older sibling or parent.

At the center of the story are teenager Scarlett — whose persona the player assumes — and her roughly 10-year-old brother Finn. The setting is a train racing through the countryside. Hearing a voice cry out for help, Scarlett leaves her compartment to follow the sound. Finn jumps out from a storage cupboard to scare her, then scampers down the corridor to the connecting cars.

Soon the train itself morphs into a weird “Twilight Zone” world. Finn’s playful behavior begins to escalate to include setting fires, yelling at Scarlett and hiding in a treehouse among branches that have sprung from the vehicle’s chassis.

In an equally bizarre development, relatives of the duo appear throughout the train, but they are all wearing animal masks over their faces. After the gamer solves some puzzles, it’s revealed that Scarlett and Finn were recently orphaned.

It soon becomes evident that the magical manifestations are the product of Finn’s soul or psyche, representing not only his imagination but his desire to maintain his emotional ties with Scarlett. As a young teen, she now takes more interest in boys and her cellphone than in hide-and-seek.

Finn can feel his sister, his rock, slipping away. Or is it that Finn himself is in a different dimension, unwilling to let go of the normal world?

Finn’s actions, as well as the meaning of those masks, are all ultimately explained in a satisfying, engaging conclusion. Without indulging in spoilers, the wrap-up is a moving meditation on a child’s desire for connection after facing grief, and how the love of others can make such suffering bearable.

The game contains mature themes, including death and mourning, and potentially frightening supernatural situations. The Catholic News Service classification is A-II — adults and adolescents. The Entertainment Software Rating Board rating is E — everyone.