‘The Blackcoat’s Daughter’: Another psych horror film cloaked in possession 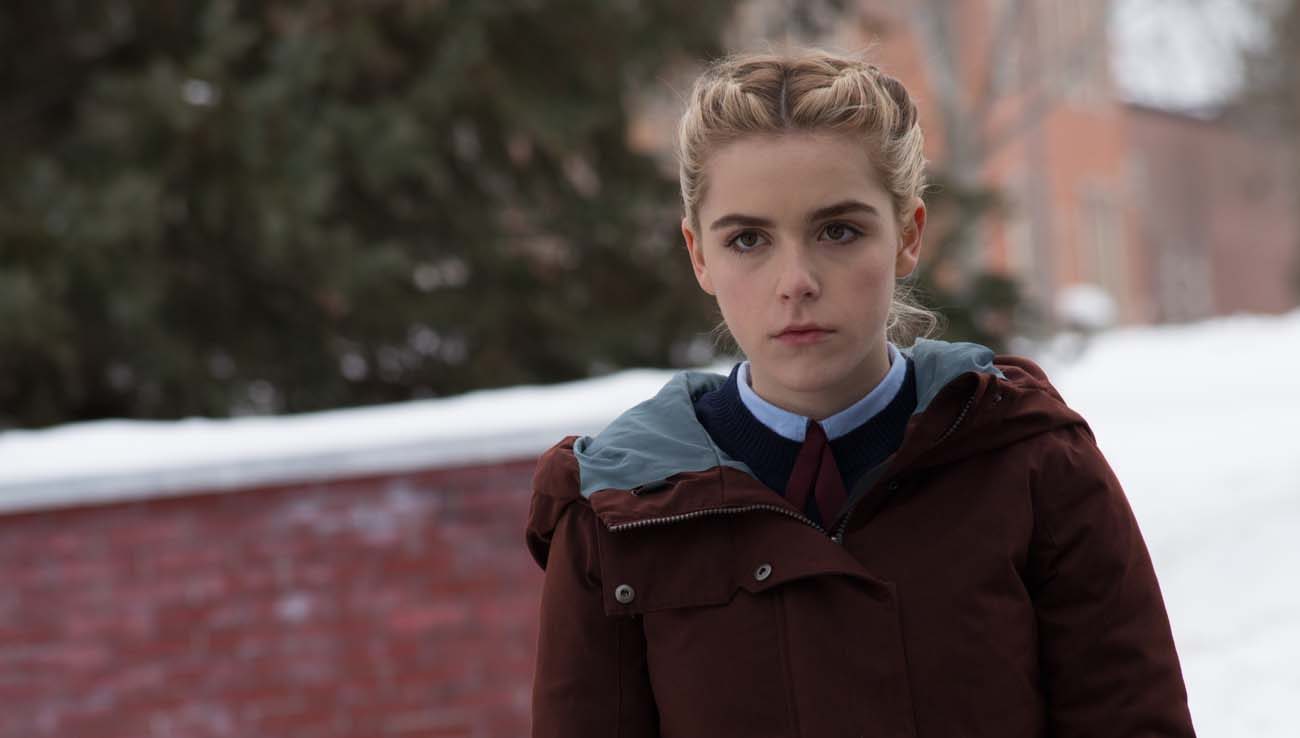 Emma Roberts stars in a scene from the movie "The Blackcoat's Daughter." (CNS photo/A24)

NEW YORK (CNS) — This year’s crop of demon-possession plots — that hardy stalwart of horror — kicks off in high style with the very adult “The Blackcoat’s Daughter” (A24).

Although this story gives unusually short shrift to the rite of exorcism, which is portrayed even more casually and inaccurately than is usually the case in such dramas, the filmmakers have at least taken care to show an actual demon. That’s rare these days.

This one has two horns, inhabits a glowing basement coal furnace and — in another retro touch — calls his new best friend through a hallway pay phone. So the film is entrancing for quite a while before the stabbing victims begin to pile up.

There’s a trick ending, which Perkins tips in advance. But, since there’s a generous helping of the demon, that’s no more than an acknowledgment of the audience’s intelligence.

Gloomy freshman Kat (Kiernan Shipka) has had a vision of her parents’ death in a car crash on their way to pick her up for the school’s winter break. Rose (Lucy Boynton), an older student, fears she might be pregnant, and has arranged for her folks to pick her up on the wrong day so she’ll have time to tell her boyfriend.

These two are supposed to look after each other before the expected parental arrivals. Meanwhile, Kat starts getting and making calls, but not to her parents — she has a new pal in residence who demands murderous sacrifices. The cutlery flashes and heads roll.

In a third subplot, Joan (Emma Roberts), who has broken out of an asylum, desperately tries to return to the campus, utilizing a clueless but well-meaning couple, Bill and Linda (James Remar, Lauren Holly). They turn out to be Rose’s parents.

It eventually falls to kindly Father Brian (Greg Ellwand) to bring some clarity to the mayhem, although the movie is so vested in its deceptive ending, Catholic belief is only pro forma. But hey, at least someone knows how to recognize a demon.

NEXT: ‘The Zookeeper’s Wife’ tells harrowing story in a thin way