‘The Zookeeper’s Wife’ tells harrowing story in a thin way 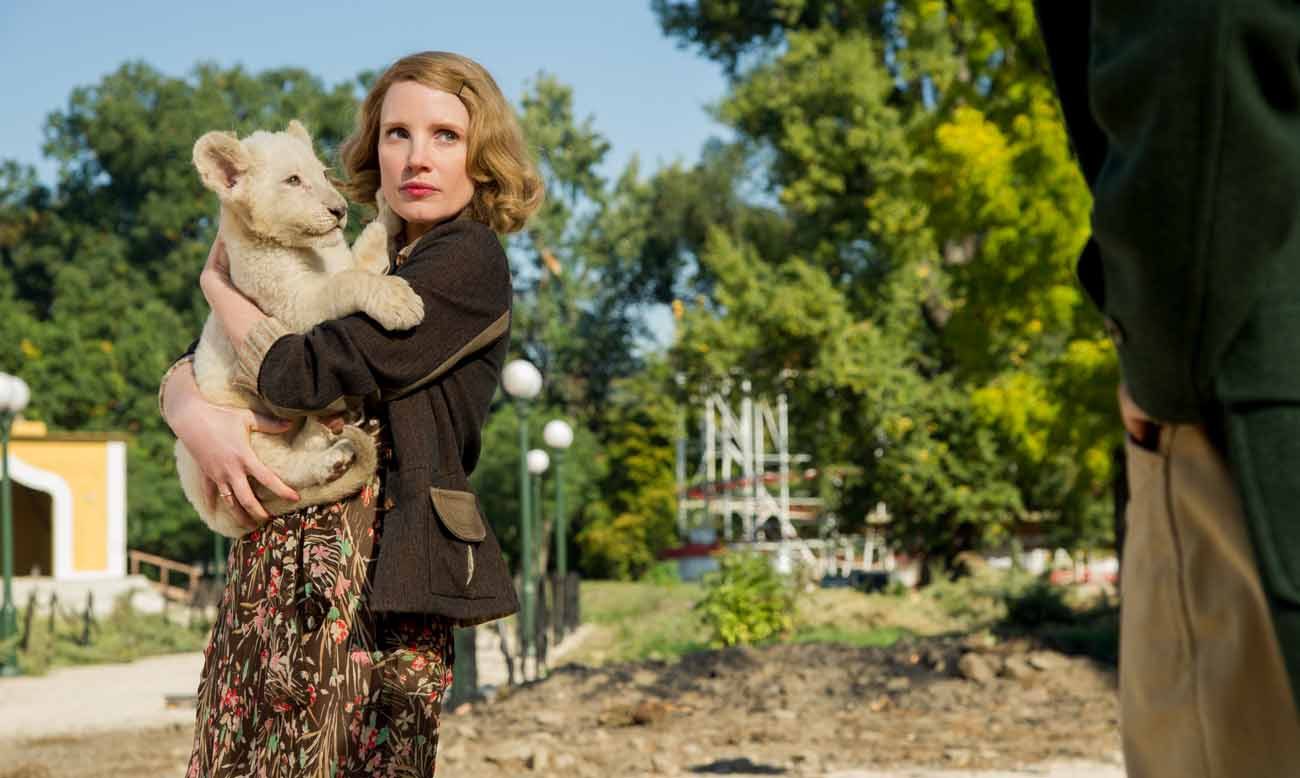 Jessica Chastain stars in a scene from the movie "The Zookeeper's Wife." (CNS photo/Focus Features)

NEW YORK (CNS) — Moviegoers of goodwill may ask themselves, while watching the fact-based historical drama “The Zookeeper’s Wife” (Focus), why they aren’t enjoying themselves more. The story the film tells is undeniably inspiring. But the manner in which it’s told is dramatically thin.

That’s certainly not the fault of Jessica Chastain, who brings brio to her portrayal of the spouse of the title, Antonina Zabinski. Together with her husband, Jan (Johan Heldenbergh), Russian-born Antonina enjoys an idyllic life in Poland peacefully presiding over the Warsaw Zoo where her unusual affinity for animals proves a valuable asset.

All that changes Sept. 1, 1939, with the Wehrmacht pouring across the Germany-Poland border, and the Luftwaffe raining down bombs from the sky. What remains of the devastated zoo is eventually put under the supervision of Lutz Heck (Daniel Bruhl), the Zabinskis’ counterpart in Berlin — a colleague and acquaintance before the outbreak of war.

Powerless to save many of the animals in their care, the Zabinskis turn to rescuing people. They begin on a small scale by sheltering Magda (Efrat Dor), a close Jewish friend who — along with her husband, Maurycy (Iddo Goldberg), also an old pal — is about to be confined in the now-infamous Warsaw Ghetto.

The Zabinskis ratchet up their defiance of the Nazis by developing a clever scheme to gain Jan access to the ghetto. He uses this entree to smuggle out groups of its oppressed residents, hiding them in the zoo’s underground network of cages until the resistance can arrange their escape from the country.

In deciding whether “The Zookeeper’s Wife” makes suitable fare for older teens, parents will have to weigh the uplifting nature of the tale — having helped more than 300 potential victims of the Holocaust, the Zabinskis were eventually declared “righteous among the nations” — against some of the grim incidents it depicts.

These include the off-screen sexual assault by a group of soldiers on Urszula (Shira Haas), a young Jewish girl, as well as the possibility that committed wife and mother Antonina may have to submit to Heck’s adulterous advances. Additionally, the Zabinskis’ son, Ryszard — played first by Timothy Radford, later by Val Maloku — finds himself imperiled by his parents’ secret activities.

Honorable but hardly riveting, “The Zookeeper’s Wife” feels as though it might have made a better documentary than dramatization.

The film contains considerable combat and other violence, a couple of marital bedroom scenes, a glimpse of upper female nudity and mature themes, including gang rape and adultery. The Catholic News Service classification is A-III — adults. The Motion Picture Association of America rating is PG-13 — parents strongly cautioned. Some material may be inappropriate for children under 13.