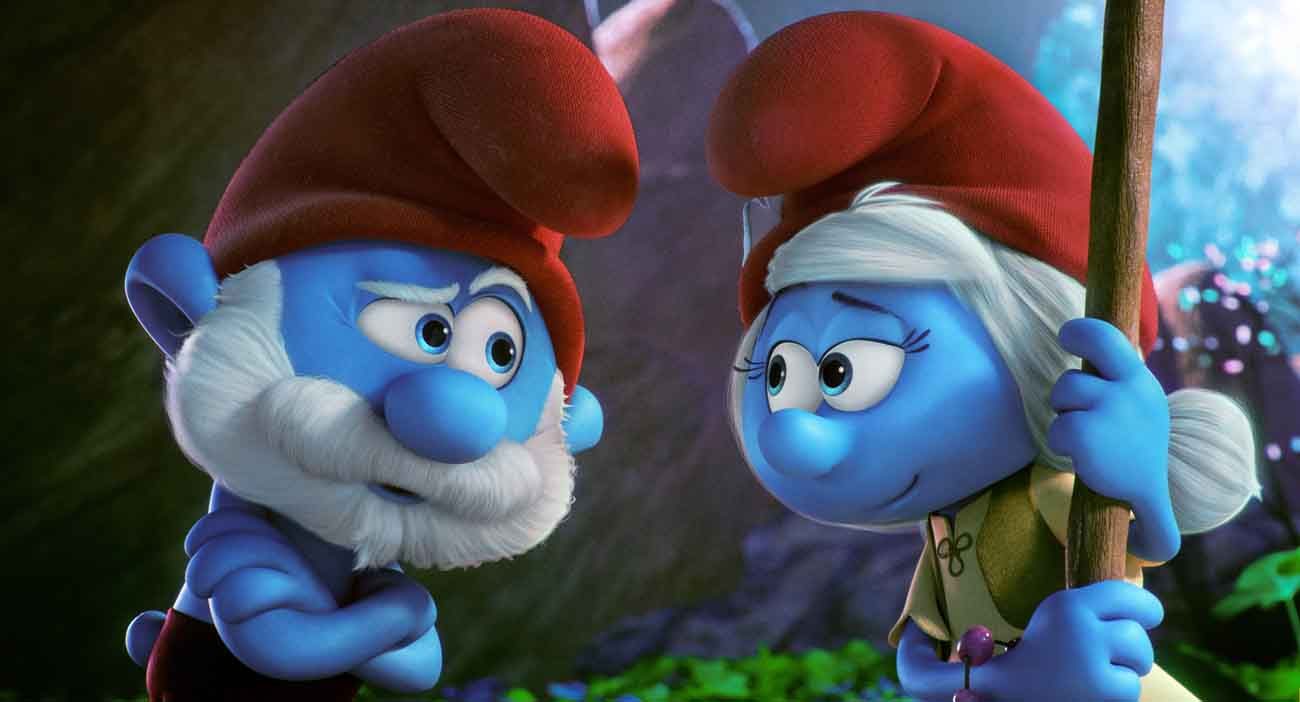 NEW YORK (CNS) — If you’ve always wondered, “Just what is a Smurfette?” then “Smurfs: The Lost Village” (Columbia) may be the film for you.

Moviegoers not consumed by curiosity about that question, on the other hand, are likely to find this children’s cartoon colorful but less than engaging.

Those familiar with the lore surrounding the blue-skinned, white-capped elves of the title will know that luxuriantly coiffed but vaguely enigmatic Smurfette (voiced by Demi Lovato) is the sole female in their community. They will also remember that she was originally created by the evil human wizard Gargamel (voice of Rainn Wilson).

He planned to use Smurfette as an infiltrator to entrap the male Smurfs — whose youth-restoring, power-bestowing “essence” he has long sought to extract and make his own. But, as flashbacks show, the kindness of Papa Smurf (Mandy Patinkin) converted the newcomer into a cheerful and dedicated ally.

Now, however, Smurfette is suffering an identity crisis. Neither she nor anyone around her seems able to answer the query cited above.

Smurfette’s restlessness turns out to have positive consequences, though, since it leads — indirectly, at least — to a journey of discovery. She’s joined on this quest by a trio of her male counterparts: vain bodybuilder Hefty (voice of Joe Manganiello), good-hearted but uncoordinated Clumsy (voiced by Jack McBrayer) and book-smart nerd Brainy (voice of Danny Pudi).

Feminists put off by Smurfette’s origin story and the gender imbalance in Smurf world will be pleased with what this quartet of travelers uncovers when they venture beyond their usual confines.

In helming the third in a series of feature-length outings for the creatures first dreamed up by Belgian cartoonist Peyo (Pierre Culliford, 1928-1992) in the 1950s, director Kelly Asbury eschews the mix of animation and live action used in the two previous films. The result is visually pleasing but lacking in substance.

Screenwriters Stacey Harman and Pamela Ribon’s script does promote teamwork and good moral choices while avoiding the use of the word Smurf to mask adult terms and downplaying potty gags. But the story they tell will likely satisfy only the least demanding youngsters.

Adults nostalgic for the Hanna-Barbera produced TV series that aired on NBC in the 1980s — and first made the Smurfs a hit in this country — may also be willing to settle for what’s on offer in a movie that hovers at the level of a Saturday morning kids’ show. They shouldn’t expect more than a single episode’s worth of plot or action, though.

The film contains occasional peril and some mild scatological humor. The Catholic News Service classification is A-I — general patronage. The Motion Picture Association of America rating is PG — parental guidance suggested. Some material may not be suitable for children.

NEXT: Movie review: Going in Style