Aliens are bursting out all over in ‘Covenant’ 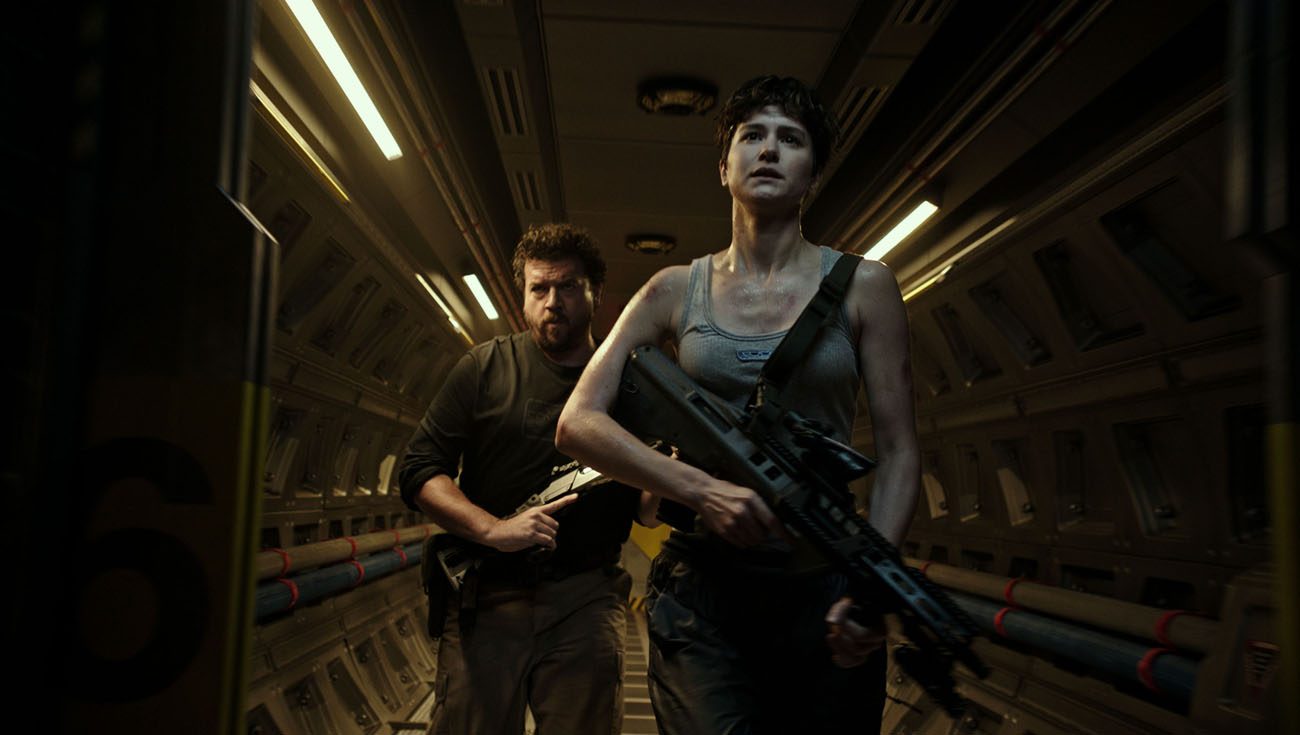 Danny McBride and Katherine Waterston star in a scene from the movie "Alien: Covenant." (CNS photo/Fox)

NEW YORK (CNS) — Once you’ve seen one vicious extraterrestrial gnaw its way out of a human body from the inside, you’ve seen ’em all. Or so at least the jaded — or squeamish — moviegoer might be tempted to think.

And yet, the success of the durable “Alien” franchise, which dates all the way back to 1979, and was last added to by the 2012 reboot “Prometheus,” would seem to argue otherwise.

For those eager to watch the showcased race of creatures come busting out all over one more time, there arrives the competently shocking “Alien: Covenant” (Fox). As before, the watchword remains — to borrow a phrase from Cole Porter — “Don’t Fence Me In.”

When we first meet those whose anatomical bounds are likely to be burst, namely the crew of the titular spacecraft, they’re taking a long cryogenic nap as they speed toward a distant planet on a colonizing mission from Mother Earth. They’re watched over by a so-called “synthetic,” (i.e., an android) named Walter (Michael Fassbender).

Naturally, all this is too peaceful to last. So, cue an unforeseen phenomenon that not only badly damages the Covenant but also kills a number of those on board, including the vessel’s commander, Capt. Jacob Branson (James Franco).

As they analyze this incident, Branson’s successor, Christopher Oram (Billy Crudup), and his colleagues detect a weak audio signal that alerts them to the existence of a much closer — and possibly populated — world that seems just as suitable for settlement as their original destination. After some debate, Oram orders a change in course.

Anyone who has ever seen an “Alien” film (and even many who have not) will know what a mistake this turns out to be. Those in the imperiled landing party Oram leads — and Walter accompanies — include Branson’s widow, Daniels (Katherine Waterston), and Oram’s wife, Karine (Carmen Ejogo).

As director Ridley Scott, who originated the series, unleashes his trademark mayhem, the plot increasingly focuses on a duel between Walter and David (also Fassbender), an earlier model of synthetic who featured in “Prometheus” and who now turns up — at first, it would seem, providentially — down on the surface.

Grown viewers with a strong tolerance for gore will note an undeveloped theme concerning Oram’s religiosity. Though the early dialogue highlights his faith-based decision making, and the opposition his beliefs are likely to excite once he takes over, all this fizzles away rapidly as the franchise’s ultimate form of indigestion begins to take hold.

Moviegoers on the lookout for the gay material tipped in pre-release publicity — of the thousand or so couples on the Covenant, at least one is made up of two men (Demian Bichir and Nathaniel Dean) — will observe a similar disappearing act.

The characters are there, but only a single statement by one of them indicates the nature of their relationship. And this whispered declaration comes at a moment when even vigilant observers could be forgiven for being distracted — yet another cast member having just erupted like a crimson Krakatoa.

The film contains intervals of gruesome bloody violence, brief graphic marital lovemaking, a same-sex kiss, about a half-dozen uses each of profanity and milder swearing as well as pervasive rough and some crude language. The Catholic News Service classification is L — limited adult audience, films whose problematic content many adults would find troubling. The Motion Picture Association of America rating is R — restricted. Under 17 requires accompanying parent or adult guardian.

NEXT: Jesuit’s book explores benefits, pitfalls of the internet universe