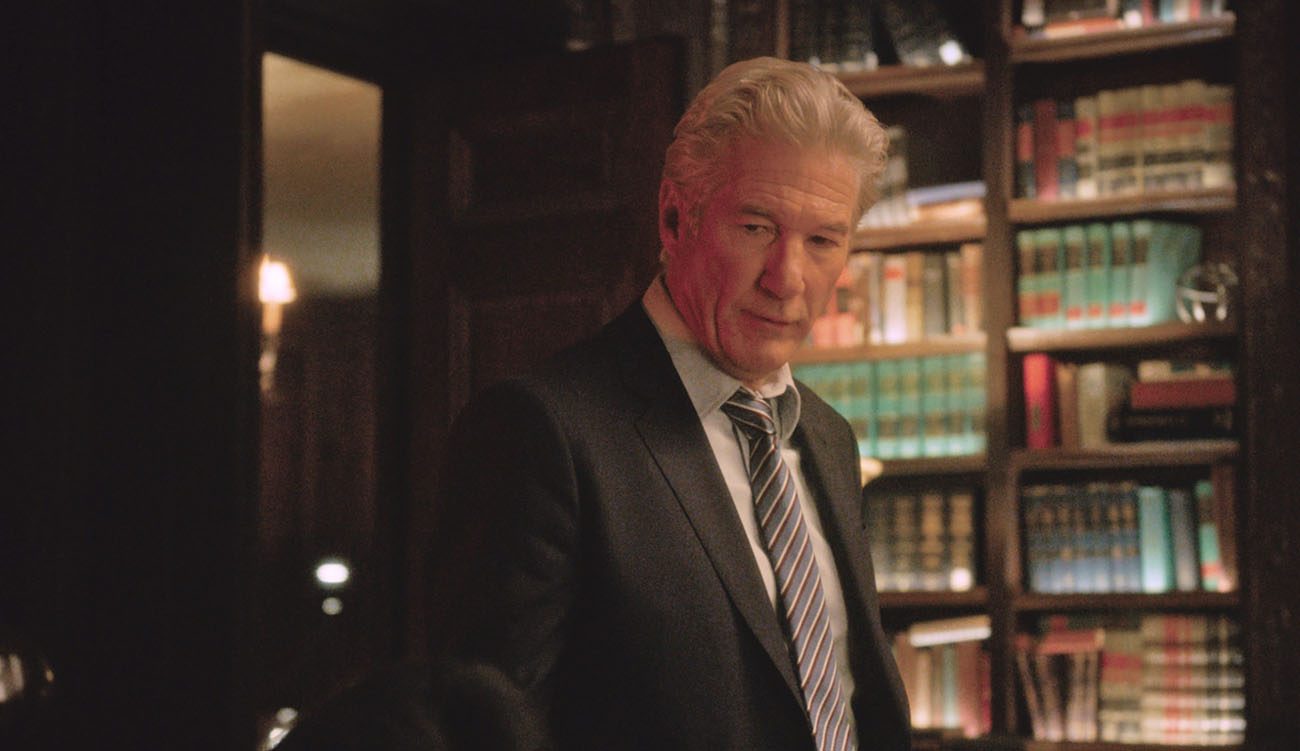 Richard Gere stars in a scene from the movie "The Dinner." (CNS photo/The Orchard)

NEW YORK (CNS) — “The Dinner” (The Orchard), a trenchant morality tale about the nature of evil and mankind’s savage underpinnings, turns out to be as infuriatingly dense and labyrinthine as Dutch author Herman Koch’s 2009 novel.

It’s not meant to be comfortable viewing, though, any more than the book was meant to be a tranquil read. It addresses moral challenges straight on, and when is that ever soothing?

Director Oren Moverman, who co-wrote the screenplay with Koch, has Americanized the settings. But he has kept intact the central conflict between Stan Lohman (Richard Gere) an ambitious congressman planning to run for governor, and his brother, Paul (Steve Coogan), a schizophrenic and embittered high school history teacher with a particular obsession about the Battle of Gettysburg.

One evening, Stan invites Paul and wife Claire (Laura Linney) to join him and his new spouse, Katelyn (Rebecca Hall), for a very expensive dinner. The venue is one of those Beaux Arts mansions in which the dining experience is tightly choreographed theatre with overly fussy dishes.

The goal, in Stan’s words: “We’re gonna talk tonight. We’ll put it all on the table.”

But the night is about far more than long-simmering sibling resentments. Each couple has a teen son, and together the cousins (Charlie Plummer and Seamus Davey-Fitzpatrick), who are also friends, have participated in the horrific abuse and murder of a homeless woman, setting her on fire.

No one’s been charged. But a video of the woman set ablaze is now online and there’s been a blackmail threat.

All of this, as well as Paul’s illness, is shown in a long series of flashbacks.

Neither brother is quite the person outward appearances suggest, and as their spouses discuss the crime and the destruction it will wreak on their respective families and aims, their lack of empathy quickly widens in unexpected directions.

This, of course, allows for long, angry monologues, diatribes which the actors, shot in close-up, obviously relish. But these tirades are not especially edifying for viewers trying to keep up with the plot — or with details like which nefarious lad belongs to which set of parents.

Perhaps the closest recent parallel to this film is Michael Haneke’s 2009 “The White Ribbon,” which showed German children descending, years before World War II, into feral cruelty without a smidgen of guilt.

So this isn’t escapist fare, but neither does it preach. The script recognizes that humans are complicated — never more so when parents are confronted by the worst thing they could discover about their children.

NEXT: Study of saints, saint-making combines scholarly with popular