Pope: Get a spiritual EKG to make sure heart pulsates with Holy Spirit 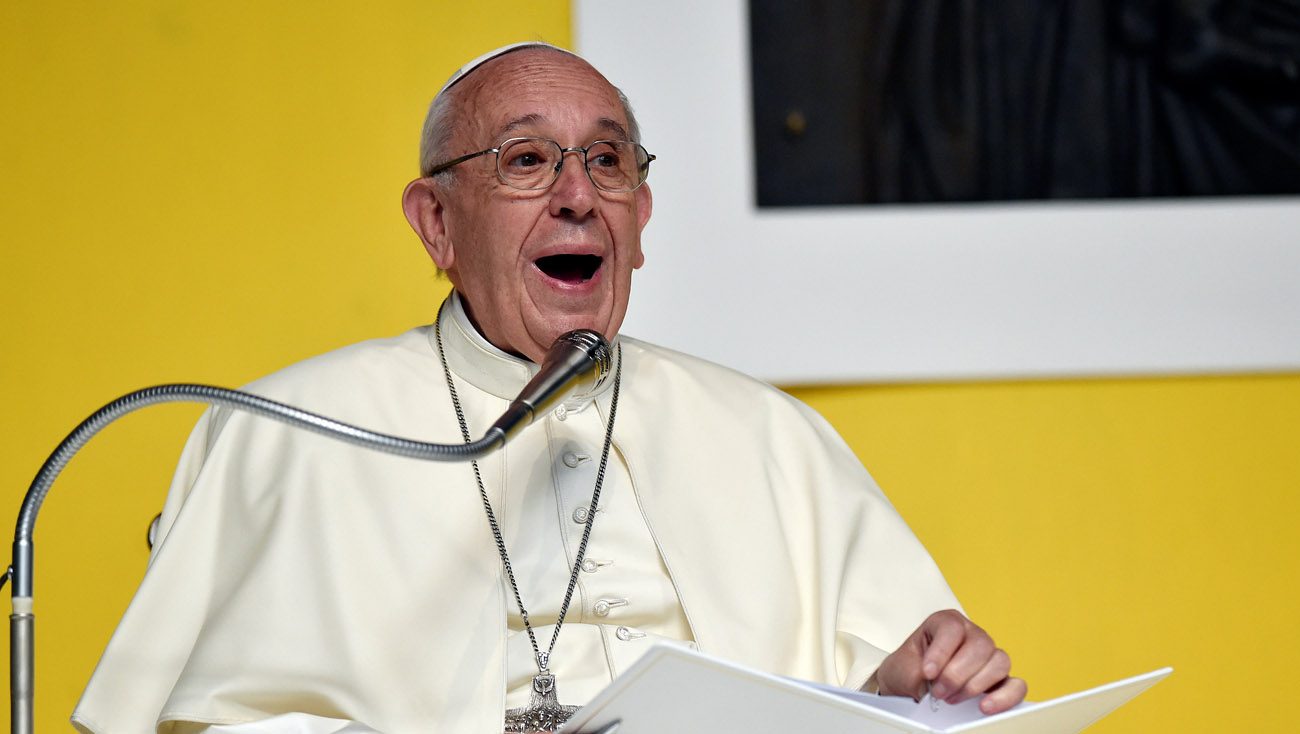 In this file photo, Pope Francis speaks to workers at the ILVA steel plant during his May 27 pastoral visit in Genoa, Italy. (CNS photo/Giorgio Perottino, Reuters)

A cold and calculating heart that is closed to the Holy Spirit results in a faith that is “ideological,” he said May 29 during a morning Mass in the chapel of the Domus Sanctae Marthae.

Knowing God and his commandments, and being good are not enough, the pope said. One must also receive God’s gift of the Holy Spirit and let him “trouble” the heart.

If people were to get a “spiritual electrocardiogram,” the pope asked, would it be flatlined because the heart is hardened, unmoved and emotionless or would it be pulsating with the prompting and prods of the Spirit?

“Am I able to listen him? Am I able to ask for his inspiration before making a decision or saying something or doing something? Or is my heart serene, without emotion, an immobile heart,” much like the doctors of the law had, he asked.

“They believed in God, they knew all the commandments, but the heart was closed, immobile, they didn’t let it become troubled,” the pope said.

“A person who does not have this movement in the heart, who doesn’t discern what is happening, is a person who has a cold faith, an ideological faith,” he said.

The pope asked people to reflect on their relationship with the Holy Spirit and pray that the Spirit guide them in the choices they make. “I ask that he give me the grace to distinguish the good from the less good because good can be distinguished from evil easily,” the pope said.

At morning Mass the next day, May 30, Pope Francis reflected on how pastors and bishops must be ready to leave their flock and follow God’s call to head somewhere completely unknown.

A real pastor, he said, knows how to let go of the church he once served because he knows he is not the protagonist or “central focus of the story.”

He must see his life as having no importance to himself, and do everything to serve God and his people “without compromise” and with courage, the pope said.

Priests and bishops must be open to and obey the Holy Spirit because “the pastor knows that he is on a journey.”

Ministers will be like Paul, who was called to leave the church at Ephesus and head to Jerusalem, where “what will happen there I do not know,” except that he had been warned hardships and trouble would await him.

Every apostle of Christ must guide his flock without compromise, being ready to leave everything behind and head into the unknown, the pope said. He always must serve the people without ever misleading or improperly using them by making them think he is the “central focus of the story.”

A pastor who does not learn to leave his post well does not have a good relationship with his flock and has formed “a bond that is not purified by the cross of Jesus,” the pope said.