Evangelizers must ‘go and listen, not ‘go and proselytize,’ pope says 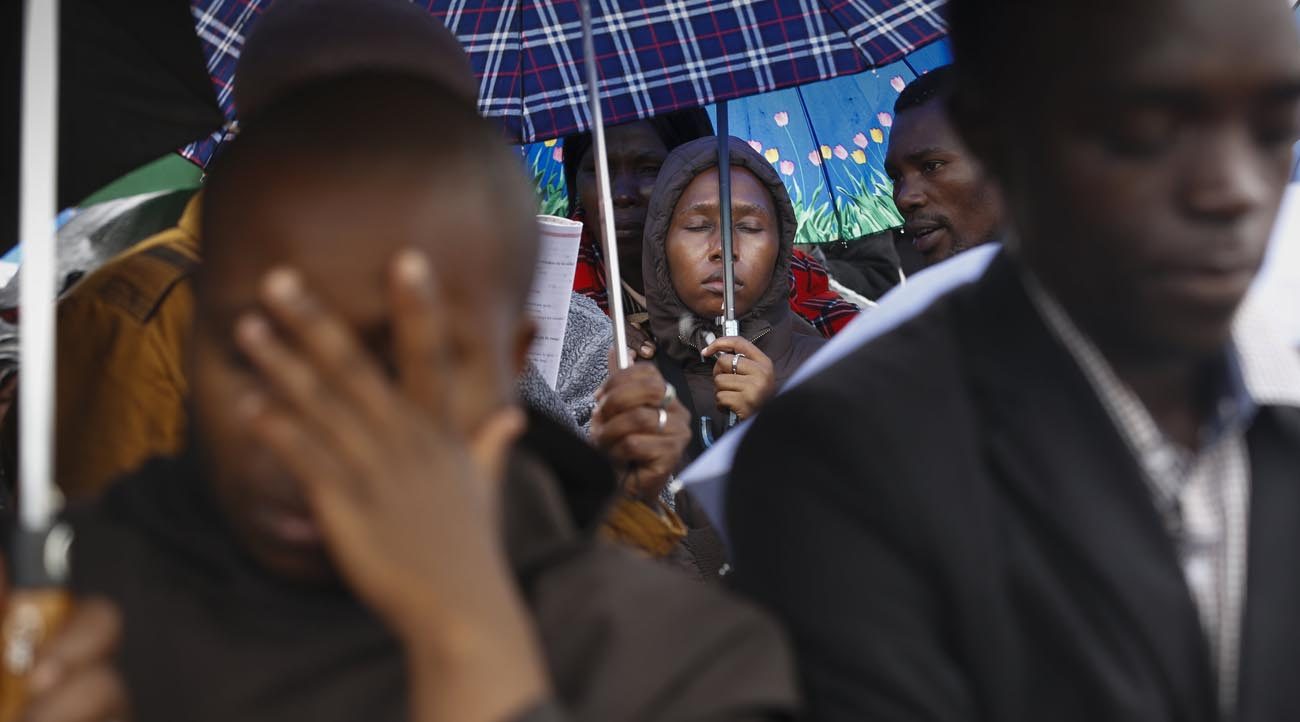 People pray with Pope Francis during a public Mass at the University of Nairobi in Kenya Nov. 26, 2015. (CNS photo/Dai Kurokawa, EPA)

VATICAN CITY (CNS) — The best formula for Catholic evangelization is “go and listen,” not “go and proselytize,” Pope Francis said.

“All men and women have a restlessness, whether good or bad, in their hearts. Listen to that restlessness,” the pope said May 4 during his early morning Mass.

The first step in sharing the faith, he said, is always to go out and the second is always to listen to the joys, questions and concerns of the people one meets.

To evangelize one must know what the other person thinks. “But if they have wrong ideas? I want to hear those wrong ideas in order to understand where the restlessness comes from,” he said.

Pope Francis told those attending Mass in the chapel of the Domus Sanctae Marthae that the first eight chapters of the Acts of the Apostles, used for the Mass readings in the Easter season, “summarize the whole history of the church,” from the initial preaching of the apostles, to the miracles and persecutions, but also the “ugly sin” of those like Ananias and Sapphira, who used their position in the early Christian community for their own gain.

The day’s first reading was from the eighth chapter and described the story of the Apostle Philip and the Ethiopian. The “angel of the Lord” tells Philip to “get up and go” along the road where he will eventually meet the Ethiopian.

“To evangelize,” the pope said, one must “get up and go. It does not say, ‘Stay seated, relax, make yourself at home.’ No. To be faithful to the Lord, the church always must be on its feet and walking.”

Next, the angel tells Philip, “Go and join up with that chariot” in which he found the Ethiopian reading the Book of Isaiah. Philip draws near and asks the Ethiopian what he thinks the prophet is saying, giving Philip an opportunity to explain who Jesus is.

“But this was possible only because Philip drew near and listened,” the pope said.

He ended his homily praying, “May the Lord gives all of us the grace of living in the church on our feet and going out, listening to the restlessness of the people and always full of joy.”

NEXT: Media reform must be intelligent, even fierce, pope tells Vatican office