‘It Comes at Night’ sends virtue scuttling by dawn 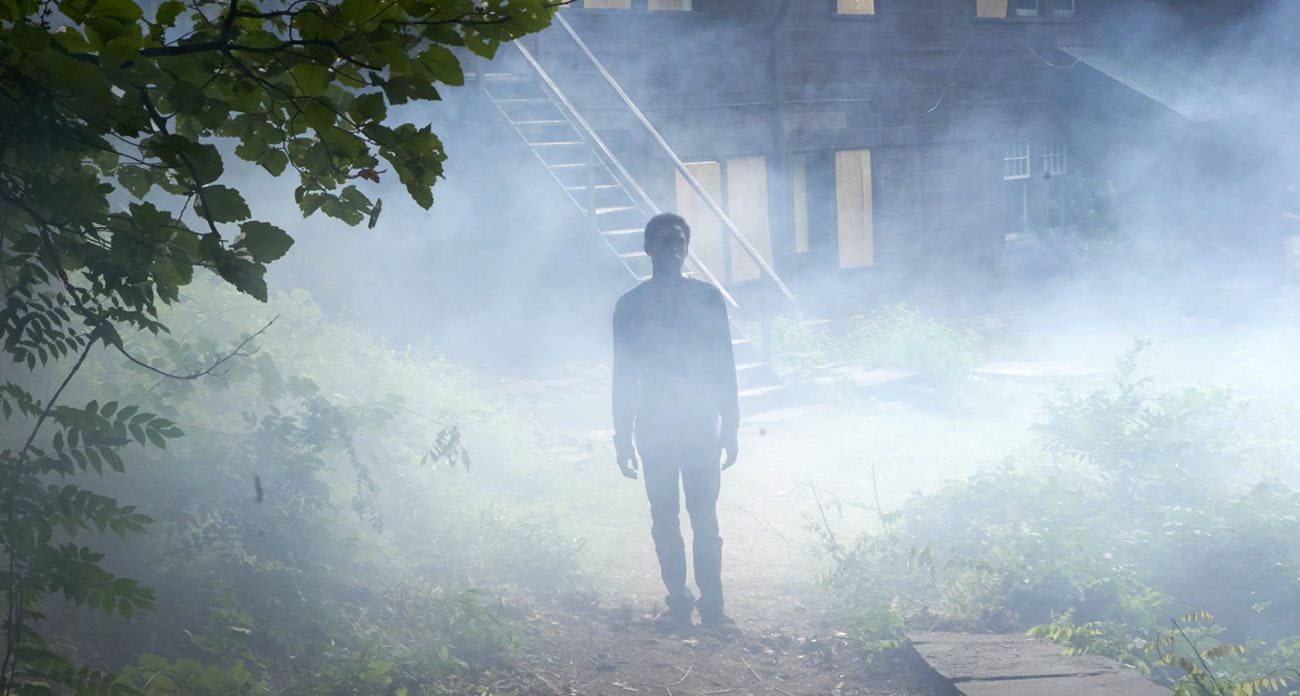 Kelvin Harrison Jr. stars in a scene from the movie "It Comes At Night." (CNS photo/A24)

NEW YORK (CNS) — Morality is put to the test and fails in the bleak thriller “It Comes at Night” (A24). Well executed, yet painful to watch, writer-director Trey Edward Shults’ drama plays skillfully on the psychology of fear, working more through subtlety and suggestion than depiction.

But maturity is required to grapple with its lifeboat ethics and tacit acceptance of euthanasia in extreme circumstances.

Set in a dystopian version of rural America that’s being ravaged by an unspecified but inevitably fatal plague, the film powerfully conveys the claustrophobic isolation of the family — dad Paul (Joel Edgerton), mom Sarah (Carmen Ejogo) and teen son Travis (Kelvin Harrison Jr.) — at the center of its plot.

Since any contact with an infected stranger could mean death, the cooped-up clan is terrified when an intruder, Will (Christopher Abbott), breaks into their home in the middle of the night. Though they initially treat him like a prisoner, tying him up and interrogating him, they eventually come to accept Will’s story that he was only looking for supplies and thought the house was empty.

Deciding they would all be better off combining forces, Paul and Sarah invite Will to bring his wife, Kim (Riley Keough), and toddler son, Andrew (Griffin Robert Faulkner), to live with them. But anxiety and suspicion eventually undermine the good intentions behind this arrangement, with horrifying results.

Given its apocalyptic premise, the movie’s portrayal of the elimination of one of the Black Death-like disease’s victims — specifically, Travis’ grandfather, Bud (David Pendleton), who’s put out of his misery early on — can be taken as having no troubling application to everyday life. And the extremes to which some characters are later driven are a source of dread, not a pattern to be imitated.

However, like Travis’ adolescent sexuality — his attraction to Kim leads him to dream of an encounter with her that shifts abruptly from fantasy to nightmare — these elements of the story, together with the distressing nature of the violence on screen, put “It Comes at Night” out of bounds for youngsters.

Even grown viewers may be unsettled by Shults’ deeply pessimistic view of human nature as a Darwinian struggle for survival takes hold. Neither heroism nor self-sacrifice play any role in his narrative. In fact, even the most basic laws of civilization are breached in the end.

So, although the mayhem of the situation is not handled gratuitously, moviegoers may be left wondering why they subjected themselves to this artful but bitter slice of doom-laden life.