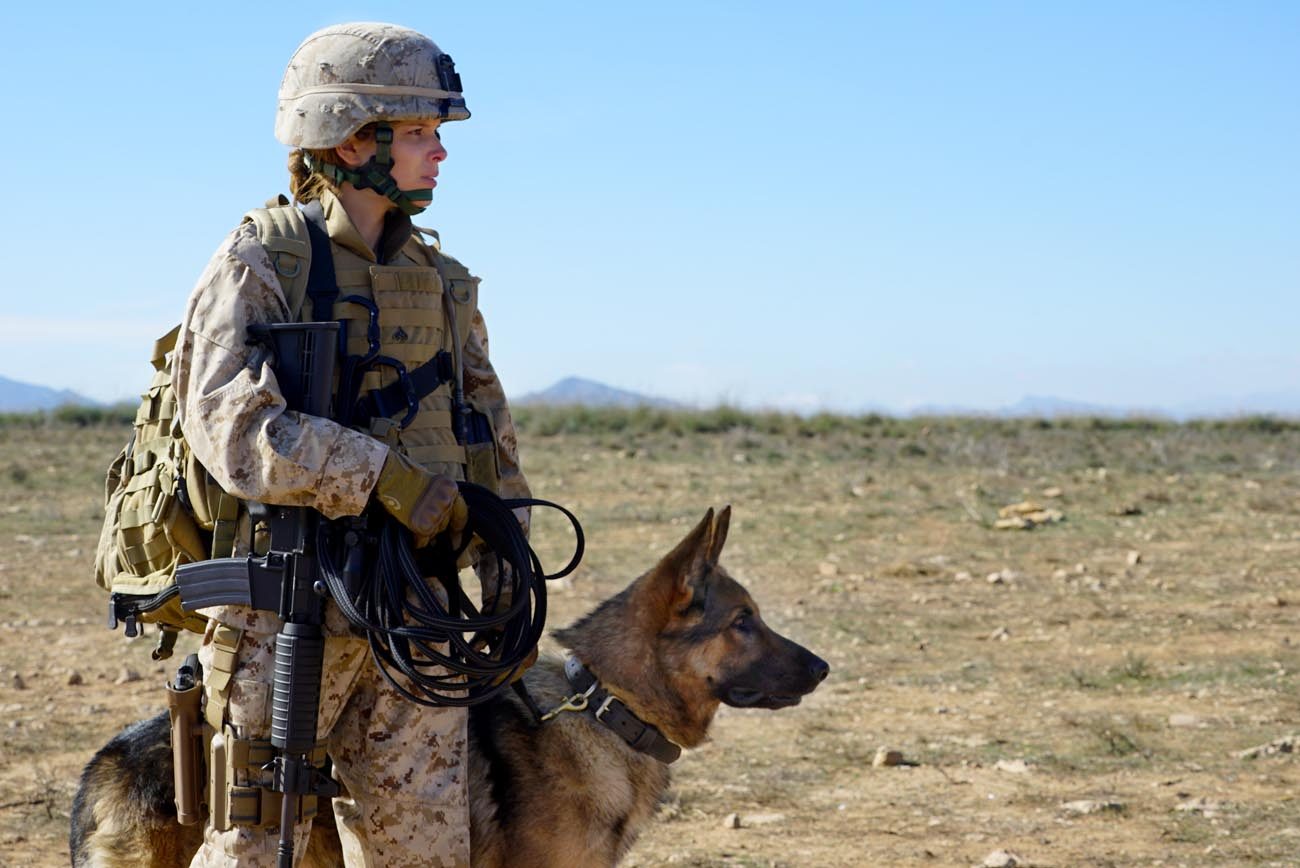 NEW YORK (CNS) — Man’s best friend is also a lifesaver in “Megan Leavey” (Bleeker Street), the inspiring true story of a female Marine corporal and the bomb-sniffing dog she bonded with during the Iraq War.

Leavey (born in 1983) and Rex, her trusty German shepherd, together completed more than 100 combat missions in Fallujah and Ramadi, uncovering roadside bombs and caches of weapons, before an explosion sidelined both in 2006.

It’s a supremely heroic and exciting story that transfers well to the big screen, directed by Gabriela Cowperthwaite from a screenplay by Pamela Gray, Annie Mumolo and Tim Lovestedt.

We first meet Megan (Kate Mara) before she enlists — and her life does not make a pretty picture. A listless and depressed 20-year-old, she’s mourning the overdose death of her best friend and coping with her parents’ ugly divorce.

On a whim, Megan decides to jump-start her life by enlisting in the Marines. It’s a huge leap from her shiftless existence to such a regimented life, and rebellious Megan butts heads often with her superiors.

Caught urinating in public after a night on the town, Megan is nearly expelled. Her punishment is to clean out the cages of the K9 Division, the elite unit of bomb-sniffing dogs headed by Gunnery Sgt. Martin (Common).

It’s dirty work, of course, but Megan perseveres — and has an unexpected epiphany. Witnessing the strong bond between the German shepherds and their human trainers, she decides to try her hand. Overcoming cynicism and verbal abuse from her male counterparts, Megan connects with her charge, Rex, and soon both head to Iraq.

But fate intervenes during an ambush, when an explosion injures both Megan and Rex. Sent home to recover, Megan is devastated to be separated from her beloved canine, now reassigned.

Suffering from physical injuries as well as post-traumatic stress disorder, Megan decides not to re-enlist. But she is determined to reunite one day with Rex and adopt him as her own.

With its gritty portrayal of the horrors of combat, “Megan Leavey” is a reminder of the personal sacrifices made by those who serve our country, as well as a salute to the enduring rewards of friendship.

The film contains a few scenes of intense wartime violence, off-screen nonmarital sexual activity, several profanities and occasional rough and crude language. The Catholic News Service classification is A-III — adults. The Motion Picture Association of America rating is PG-13 — parents strongly cautioned. Some material may be inappropriate for children under 13.

PREVIOUS: Searching for a plot, ‘The Mummy’ lurches toward nowhere

NEXT: ‘It Comes at Night’ sends virtue scuttling by dawn