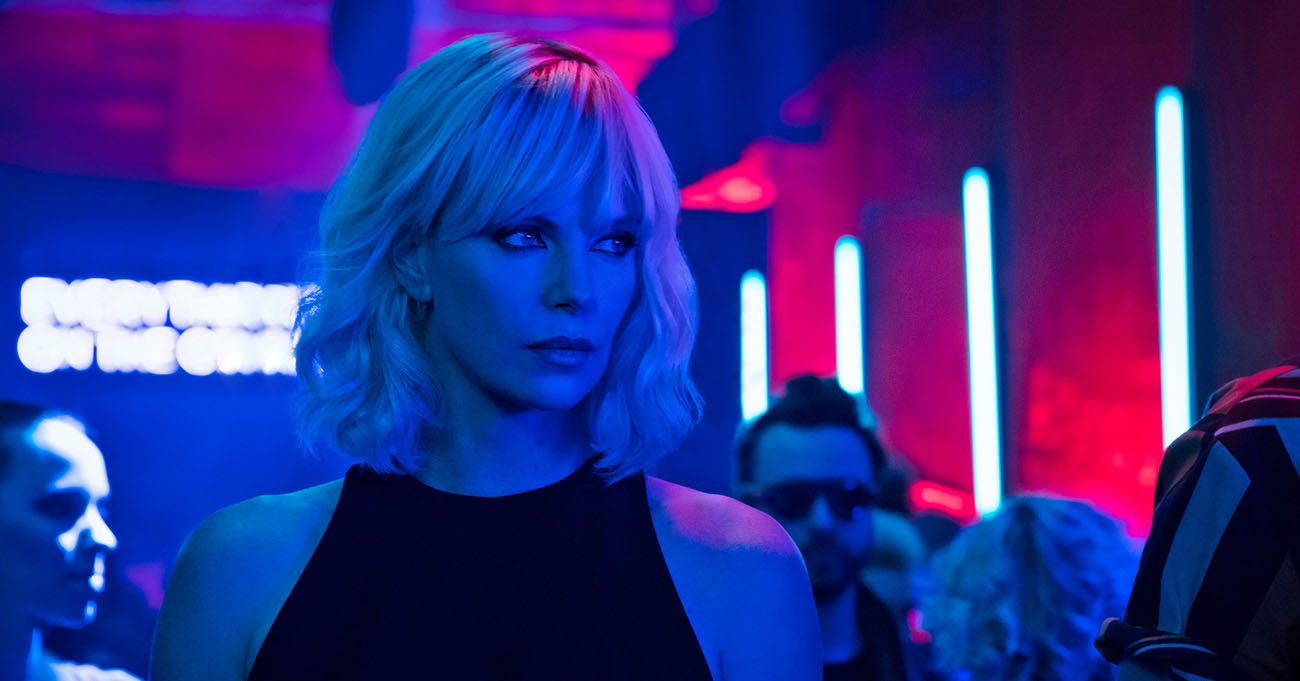 Charlize Theron stars in a scene from the movie "Atomic Blonde."

NEW YORK (CNS) — Aspiring to be edgy and stylish, the espionage thriller “Atomic Blonde” (Focus), matches sometimes sadistic brawling with exploitative scenes of aberrant sex. The result is not only degraded but tedious as well.

In the weeks leading up to the fall of the Berlin Wall in 1989, British operative Lorraine Broughton (Charlize Theron) is dispatched to the still-divided city. Her mission is to retrieve a vital dossier containing the identity of every Western agent active in the metropolis.

Broughton gets unreliable help from the jaded station chief, David Percival (James McAvoy). Percival, viewers are led to suspect, may be the mole whose double dealing the elusive file would reveal along with its other secrets.

Broughton receives less expected but more dependable aid from novice French spy Delphine Lasalle (Sofia Boutella). Rather rapidly, the two women wind up in bed together in more ways than one.

Told in flashbacks during a debriefing in which CIA officer Emmett Kurzfeld (John Goodman) joins Broughton’s superiors, Eric Gray (Toby Jones) and Chief “C” (James Faulkner) as she tells her tale, the plot of director David Leitch’s film is as convoluted as its tacky appeal to its audience’s lowest instincts is straightforward.

When she’s not groping Lasalle, Broughton grapples with enemies from the Stasi and the KGB, finding creative ways to eliminate them such as plunging a corkscrew into the esophagus of one opponent. Percival, for his part, prefers a handy ice pick to the forehead. He also does Broughton one better by waking up in one scene with a duo of dames bookending him.

Tough on the men and tender with her lady, Broughton, whose adventures are adapted from the 2012 graphic novel series “The Coldest City,” embodies a pornographic adolescent fantasy anyone committed to a Christian view of human dignity should shun.