When not in the gutter, ‘Girls Trip’ offers some bonding time 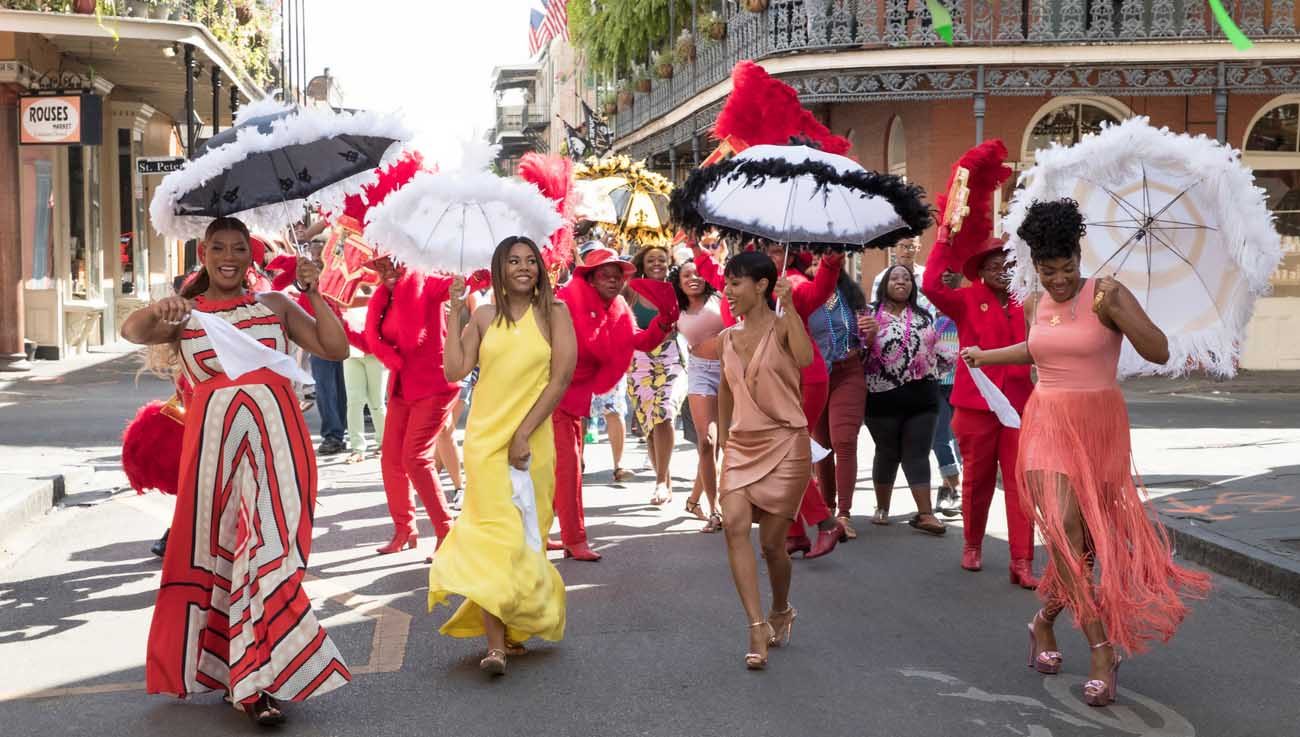 NEW YORK (CNS) — Buried underneath several layers of crass gags, “Girls Trip” (Universal) has a substantial story about loyalty and moral decisions. But libidinous raunch is the evident lure.

The intended audience for this film is women in groups, eager to vicariously enjoy some road-trip misbehavior that comes with a considerable helping of melodrama. It’s meant to be a bonding experience.

The cast is having a very good time of it, in some cases referencing scenes from the actors’ earlier films. And the physical gags, which almost always involve sexual behavior, are somehow separate from the core story about reconnecting and finding support.

Four women, best friends since college — when they were known as the Flossy Posse — have, in the ensuing years, gone their own ways. Sasha (Queen Latifah) is a perpetually broke former journalist hoping to hit it big with her own celebrity gossip site. Lisa (Jada Pinkett Smith) is divorced with small children and living with her mother.

Dina (Tiffany Haddish), still the live wire of the group, hasn’t settled down, and Ryan (Regina Hall) is a successful self-help author with an NFL star husband, Stewart (Mike Colter). She’s on the verge of receiving a massive investment so she can form “the first black Huffington Post.”

The group re-forms to go to the annual “Essence” Festival, sponsored by the magazine in New Orleans. There Ryan is to give a keynote address as a prelude to a marketing deal.

The event provides a backdrop for a lot of drinking, dancing and sexual talk prompted by Dina, especially after she learns that Lisa hasn’t had sex in years. As directed by Malcolm D. Lee from a script by Kenya Barris, Karen McCullah, Tracy Oliver and Erica Rivinoja, the quartet somehow keep their dignity when sober, but the Crescent City nights give them an excuse to cut loose.

There’s a dramatic center as well: When Sasha learns that Stewart’s been cheating on Ryan with an “Instagram model,” she has to decide whether to sell that information or give Ryan a chance to clean the situation up out of public view. That becomes difficult when Stewart turns up with the model in New Orleans.

Later, Ryan has to decide whether maintaining the illusion of a happy marriage is worth millions of dollars.

There’s a solid structure and wrap-up to the proceedings. But the drunken — and sometimes distasteful — goings-on are certainly not for everyone.

NEXT: ‘The Exception’ might stretch credulity, but it’s still exceptional