‘The Exception’ might stretch credulity, but it’s still exceptional 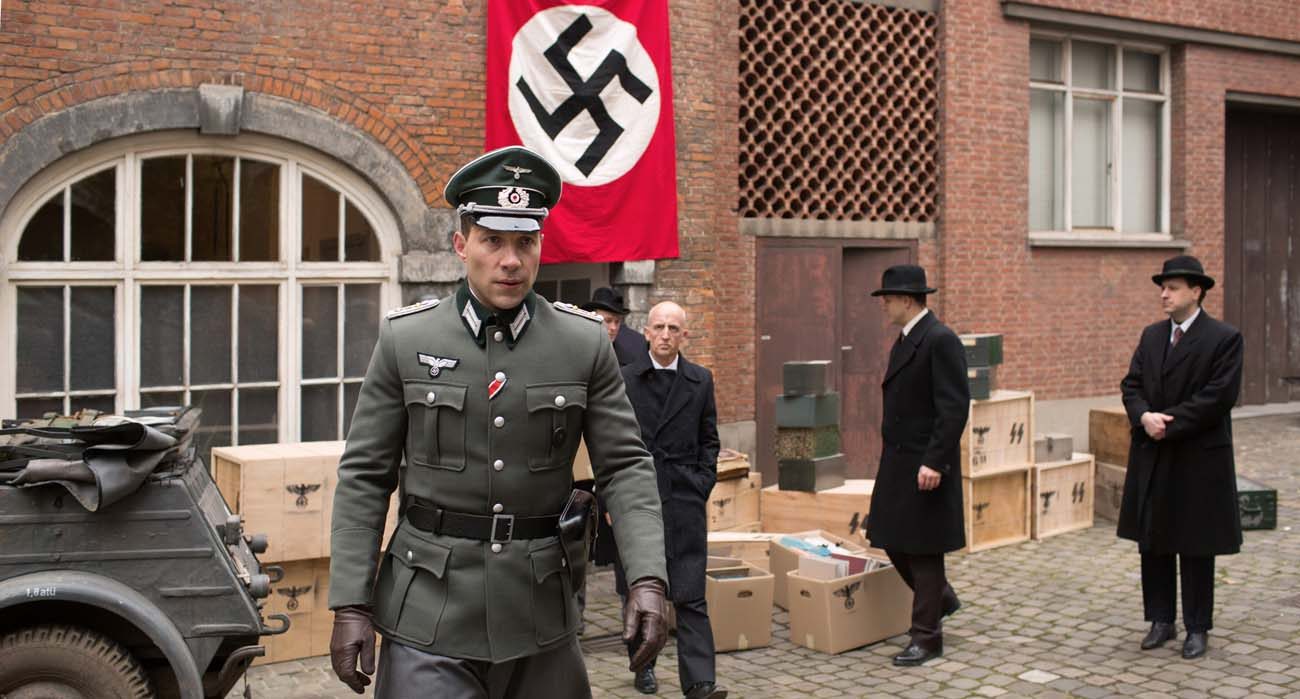 Jai Courtney stars in a scene from the movie “The Exception.” (CNS photo/A24 Films)

NEW YORK (CNS) — Historical kitsch applied to World War II espionage doesn’t get more gloriously over the top than in “The Exception” (A24).

Based on Alan Judd’s 2003 novel “The Kaiser’s Last Kiss,” it has, as billed, Kaiser Wilhelm II (Christopher Plummer) living out the last year of his exile in the Netherlands before his 1941 death.

Wilhelm is portrayed as a bitter, yet also kindly, twinkly eyed oldster who chops kindling wood and feeds ducks in his endless spare time while he yearns for the grand old days of the Hohenzollern Dynasty in Germany: “After all I’ve done for them, they stabbed me! In za back!”

This being the opening stages of World War II, a royal comeback’s not in the cards. But Adolf Hitler’s regime considers the Kaiser — exiled since the end of World War I — and wife, Princess Hermine (Janet McTeer), good for the morale of the Fatherland. So they’re kept on a generous allowance and provided a mansion, along with vague promises of a return.

Capt. Stefan Brandt (Jai Courtney) is assigned as the Kaiser’s new bodyguard so he can ferret out the spying, after he’s told, “If anything goes wrong, Captain, you’ll be shot!”

He’s so quickly attracted to Mieke that even when she tells him she’s Jewish, he doesn’t care. He’s still haunted by his role in the slaughter of Poles in a botched military operation the year before.

There’s some gratuitous nudity involved in their romantic encounters. But there’s not much of it, and director David Leveaux, working from Simon Burke’s screenplay, quickly returns to the conventions of a historical thriller, and the plot churns along to its overheated conclusion.

We are led to believe that although the Kaiser was anti-Semitic, the plans for the Nazis’ Final Solution, delivered by Heinrich Himmler (Eddie Marsan), sickened him.

The plot is loosely based on real events. Still, the moment when Mieke approaches the Kaiser to tell him, “I heff a message for you — from Winston Churchill!” sounds more like an episode of the 1960s Stalag-set sitcom “Hogan’s Heroes” than a plausible piece of history.

PREVIOUS: When not in the gutter, ‘Girls Trip’ offers some bonding time

NEXT: ‘Dunkirk’ tells of evacuation as one of war’s greatest stories