‘A Ghost Story’ reflects on loss while suggesting purgatory 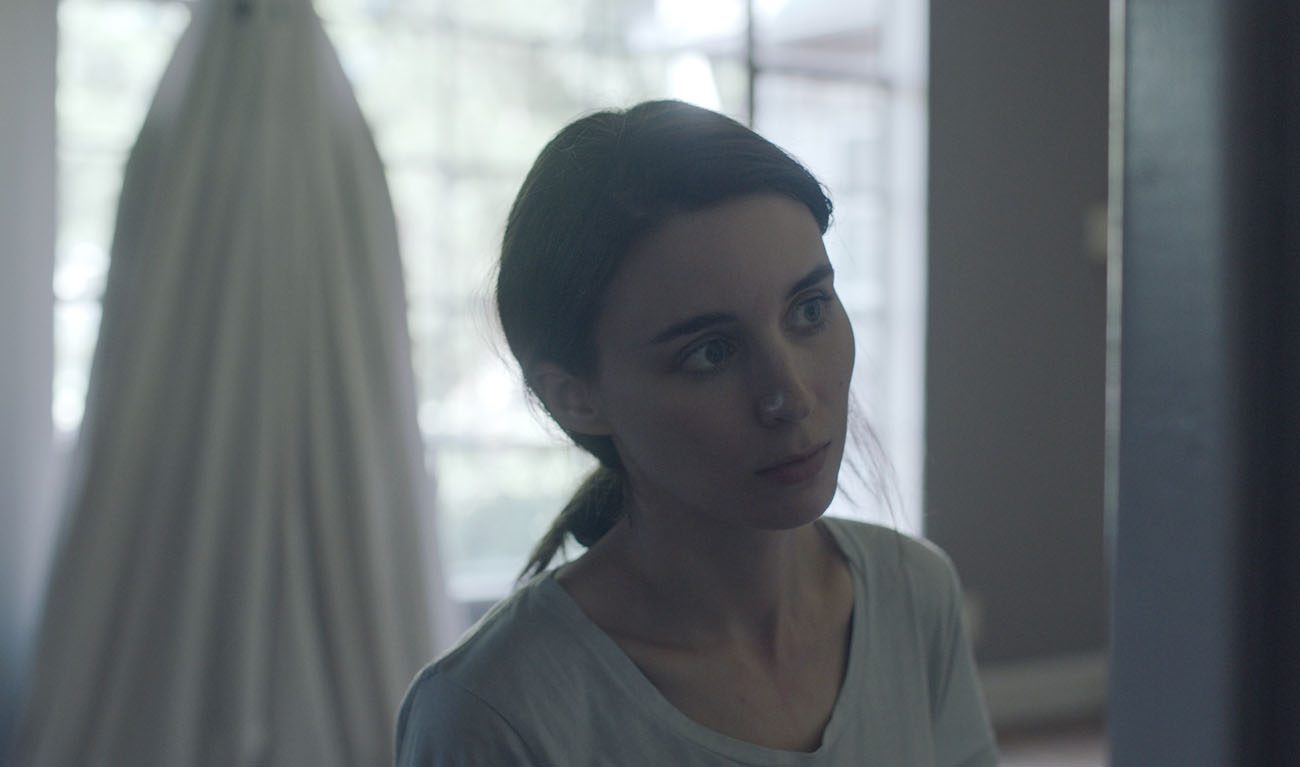 Rooney Mara stars in a scene from the movie "A Ghost Story." (CNS photo/A24)

NEW YORK (CNS) — “A Ghost Story” (A24) could be the best film about purgatory you’ll see this year.

That depends, of course, on whether you think that purgatory is the state in which Casey Affleck’s recently departed character exists. Writer-director David Lowery hasn’t attempted a story about religion specifically or spirituality generally, but rather has made a reflection on loss.

Still, there is a case to be made for the idea that Affleck is undergoing purgation. His silently querulous, shrouded spirit, looking like one of Charlie Brown’s trick-or-treaters with cut-out eyeholes, needs to fulfill a task in order to set things right with someone or something and thus be released from his earthly bonds.

In that, the story adheres to a formula of after-death second-chance journeys that, done in a lush fashion, became 1990’s “Ghost,” the 1945 Rodgers and Hammerstein musical “Carousel” and, in the old days of Hollywood, films such as “Here Comes Mr. Jordan” or “A Guy Named Joe.”

Lowery has taken a very minimalist approach, though, with exceedingly long takes and a ghost who, although he sometimes can rattle a bookshelf or toss crockery around, is otherwise uncommunicative — except to another ghost next door, with whom he speaks telepathically.

The result is often confounding, but viewers will find it difficult to rid themselves of the imagery.

Affleck and Rooney Mara play a married couple, identified only as “C” and “M” respectively. They live in a slightly tumbledown Texas ranch house to which he feels an odd devotion. He doesn’t get to explain that in detail, however, since he quickly dies in an auto mishap just outside the home.

His corpse, left alone in the hospital, suddenly springs up and heads down a hallway where a tunnel of light beckons, then suddenly shuts off. So he hangs a left and walks (we surmise) back to his house.

There, he stands, mostly in corners, and watches life — and his widow — go on without him. Is he learning anything? Lowery isn’t telling us.

The image of the dead still being near us will be comforting to many. The idea that they’re standing in corners staring at us, albeit not trying to haunt us, probably less so.

Later, somewhat like Ebenezer Scrooge’s Christmas Eve dream, Affleck’s ghost journeys into the distant past of the property, and also into the near future, where he listens to a partygoer gas on about how life on earth means little, since we’re all quickly forgotten, and not even love or works of art endure.

This is patently false, of course. But Lowery’s not interested in building a mordant argument — or any argument at all.

Eventually, Lowery gives his ghost a task. He needs to retrieve a note his widow stuck in a doorway crack. He’s mostly just curious, but this document could also lead to a resolution of what amounts to his earthly exile.

Since Lowery doesn’t try to supply any pat answers, he instead invites the audience to discover their own questions. The result falls a little short on the entertainment scale, but demands thoughtful interpretation by discerning adults.

NEXT: Dark chapter of recent American history plays out brutally in ‘Detroit’