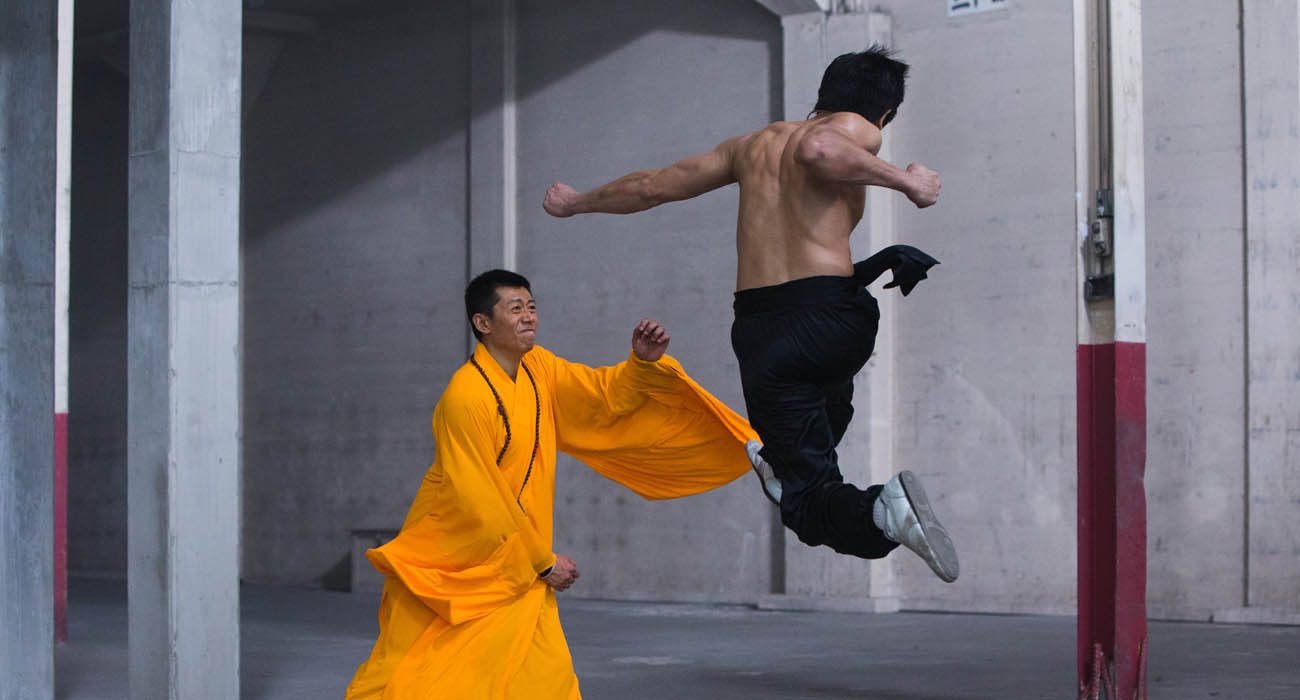 Xia Yu and Philip Ng star in a scene from the movie "Birth of the Dragon." (CNS photo/BH Tilt)

NEW YORK (CNS) — No one goes to a kung fu movie to savor plot nuances. They’re all about tightly choreographed kicks and punches, and pleasing epigrammatic dialogue about near-monastic discipline and self-control, mixed in with a dusting of Asian spice.

“Birth of the Dragon” (BH Tilt) — a fictional retelling of a real confrontation between Bruce Lee (Philip Ng) and Chinese martial-arts master Wong Jack Man (Xia Yu) in San Francisco in 1964 — hits all these notes, but dully. There’s far more talking than punching, plus a subplot involving Chinese criminals that comes off as stereotyped.

The good intentions and moral core of the film, adapted from an article by Michael Dorgan, are on display, though. Director George Nolfi and screenwriters Christopher Wilkinson and Stephen J. Rivele show Lee — a future martial-arts legend who died at only 32 in a 1973 accident — as cocky and engaging. He teaches his craft to groups, including white men, with the intention of popularizing it while building his nascent screen career.

Lee wants to make kung fu “bigger than the hula hoop,” he claims. “Bigger than Coca-Cola.”

Most of the screen time, though, is taken up by Lee’s student, Steve (Billy Magnussen). His earnest goofiness ties all the plot threads together — as when he becomes enamored of shy waitress Xiulan Quan (Qu Jingjing) who’s actually a “possession of Auntie Blossom” (Xing Jin), a crime lord who brought her to America.

There aren’t any opium dens here; mostly there are just scowling gangsters throwing punches and making threats. But viewers get the feeling that such ancient Asiatic canards are never far away.

Wong, older and dignified, arrives from China and takes a job as a dishwasher because he’s undergoing some form of penance. He’s suspicious of Lee’s teaching of Westerners, since he believes that all forms of martial arts address one’s soul, and should not be used to procure fame and wealth.

Eventually, Lee, who admires Wong, challenges him to a fight. Bets go down, there’s a big finish as old school takes on new school, and Lee’s legend, like that of a gunfighter, is born.

The relatively restrained language and low level of mayhem in “Birth of the Dragon” probably make it acceptable for at least some mature adolescents.

The film contains much nonlethal violence and fleeting rough language. The Catholic News Service classification is A-III — adults. The Motion Picture Association of America rating is PG-13 — parents strongly cautioned. Some material may be inappropriate for children under 13.

PREVIOUS: Immigrants raise a dying parish to new life in ‘All Saints’

NEXT: Fans of Jesuit author will find surprises in collection of his works