Immigrants raise a dying parish to new life in ‘All Saints’ 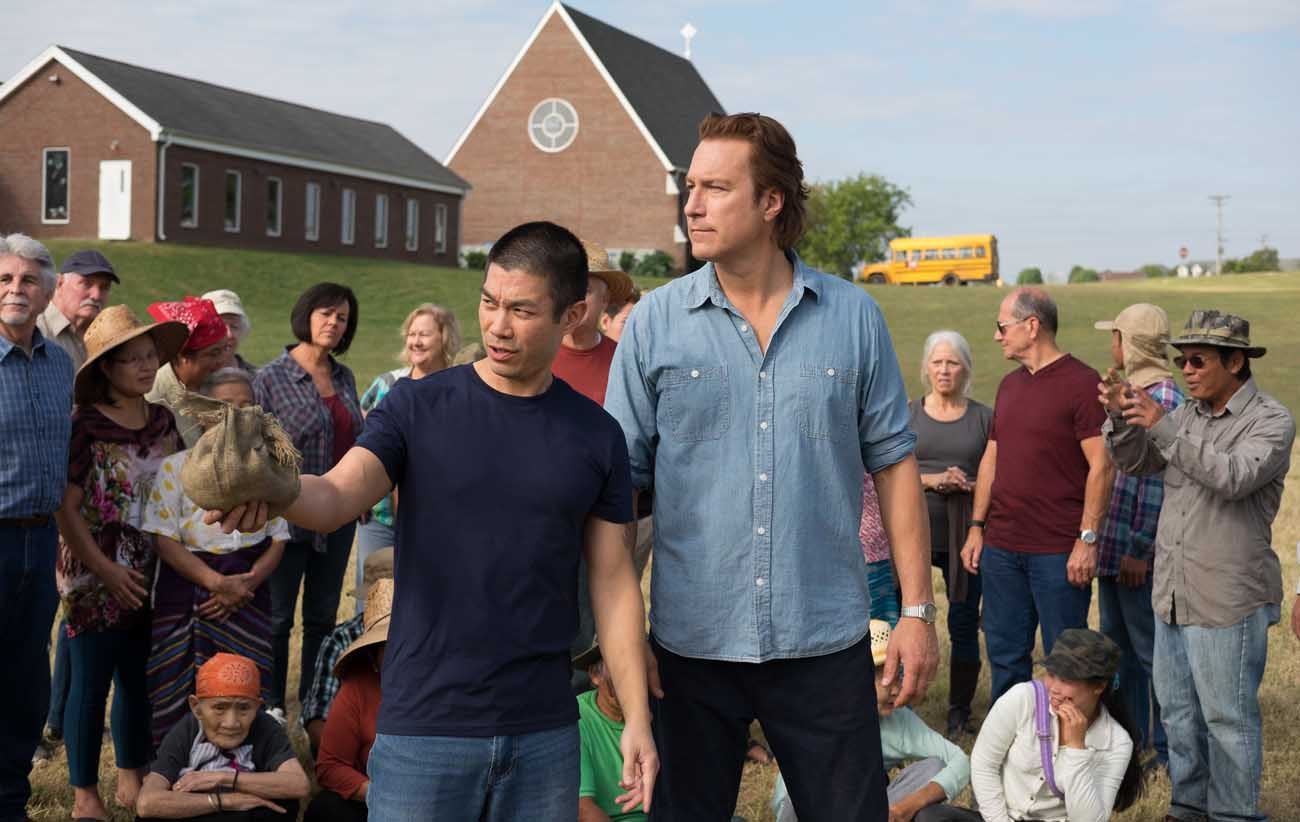 Nelson Lee and John Corbett star in a scene from the movie "All Saints." (CNS photo/AFFIRM Films)

Director Steve Gomer and screenwriter Steve Armour recount the story of the titular Episcopal parish in Smyrna, Tennessee. With its dwindling congregation down to a mere dozen, the church appears to have no future. So its new pastor, Michael Spurlock (John Corbett), arrives with orders from his superior, Bishop Thompson (Gregory Alan Williams), to shut it down and sell off its property.

A former salesman taking up his first assignment in ministry, Michael is not disposed to question his instructions, at least at first. But the revitalizing influence of an influx of devoutly Anglican refugees from Southeast Asia — Nelson Lee plays their leader, Ye Win — begins to change his outlook.

The newcomers are Karen people, the victims of long-standing and bloody persecution by the government of their homeland, Myanmar. Partly in order to aid them, but also with an eye to rescuing All Saints, Michael launches a scheme to transform the fields around the church into a profitable farm.

His plan draws the support of his dedicated wife, Aimee (Cara Buono), but the steady opposition of Forrest (Barry Corbin), an ornery veteran parishioner. Other challenges come in the form of a lack of equipment and a potential drought.

Through the changing fortunes that follow, Michael demonstrates determination, perseverance and solidarity with the immigrants who now make up the bulk of his flock. Gomer clearly aims to inspire his audience, and “All Saints” — despite its necessary discussion of the ill-treatment to which the Karen have been subjected — is generally wholesome and suitable for most age groups.

Considered on a purely aesthetic level, however, the picture suffers from a sluggish pace and often awkward tone. Good intentions help to make up for, but cannot entirely mask, these defects. Still, patient patrons will find positive values awaiting them under the sometimes-imperfect surface.

The film contains mature themes, including references to atrocities and rape, and a marital bedroom scene. The Catholic News Service classification is A-II — adults and adolescents. The Motion Picture Association of America rating is PG — parental guidance suggested. Some material may not be suitable for children.

PREVIOUS: Two books on prayer – one raw, one romanticized

NEXT: ‘Birth of the Dragon’ retells Bruce Lee story without breathing too much fire