‘Home Again’ may be good excuse to hit the road 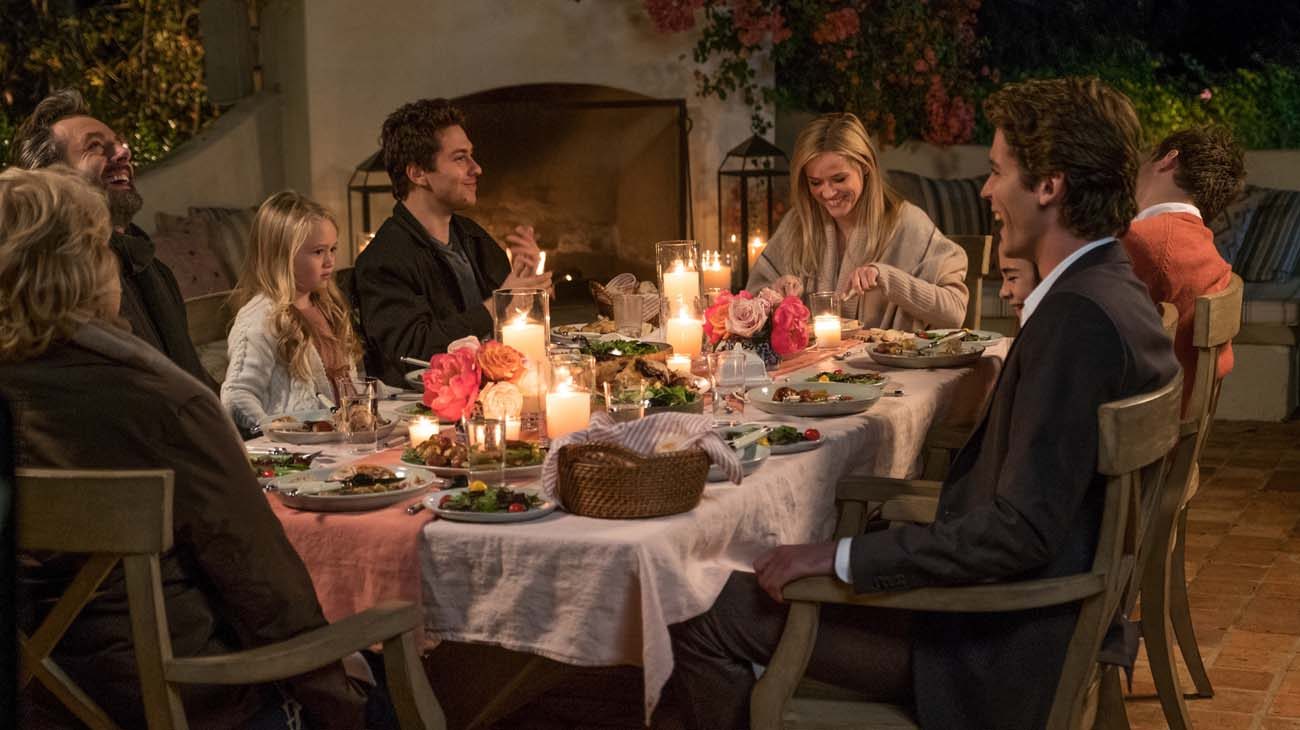 NEW YORK (CNS) — Genteel decorum prevails in the romantic comedy “Home Again” (Open Road). At least, it does so everywhere beyond the confines of its protagonist’s bedroom. The result is a morally mixed film in which kindly characters follow the misguided marital and sexual dictates of contemporary society.

Although the movie opens with the aforementioned main character, Alice Kinney (Reese Witherspoon), in tears, her situation turns out to be more tumultuous than tragic.

Recently separated from her British-born, New York-based husband, Austen (Michael Sheen), Alice has returned to her hometown of Los Angeles, her two young daughters, Isabel (Lola Flanery) and Rosie (Eden Grace Redfield), in tow. There they’ve settled into the lavish house in which Alice grew up and which she inherited from her father, John (David Netto), a famous director of 1970s arthouse movies.

While out on a liquor-fueled spree celebrating her 40th birthday, Alice crosses paths with a trio of promising but broke filmmakers: brothers Harry (Pico Alexander) and Teddy (Nat Wolff) and their pal George (Jon Rudnitsky). Alice and Harry fall for each other at first sight, but he loses his cookies before they have the chance to get physical.

The morning after the night before, the lads — homeless after being turned out of the cheap motel room they were occupying — stick around, charming Alice’s mom, Lilian (Candice Bergen), with their enthusiasm for her series of starring turns in her late husband’s pictures. At Lilian’s behest, and after some hesitation, Alice agrees to let her new friends take up residence, rent-free, in her guest house.

Naturally, the polite and considerate youths bond with Isabel and Rosie and, inevitably, Alice and Harry pick up where nausea had forced them to leave off. But back east, Austen, who has all along wanted to reconcile with Alice, is none too pleased to learn of this novel domestic arrangement — even though he is still in the dark about its sexual aspect.

There’s a gentle spirit to writer-director Hallie Meyers-Shyer’s feature debut. In fact, the daytime interaction between Alice and her three tenants sometimes recalls that between Snow White and her seven dwarfs.

But the script presents marital breakup as a form of liberation. And, though it coyly avoids having the romantic leads sleep together within hours of meeting each other by sending Harry off to worship the porcelain idol, Meyers-Shyer obviously takes the duo’s subsequent fling as a given.

Additionally, the girls’ accidental exposure to the relationship — babysitting Lilian unexpectedly shows up with them, just as Alice and Harry are emerging in the morning — is milked for laughs.

Unsound but not obnoxious, “Home Again” (Open Road) will easily be parsed by grownups, for good and ill. The entertainment value of the positive residue, however, is slight at best.

The film contains a benign view of divorce and cohabitation, momentary semi-graphic and brief nongraphic sexual activity, comic brawling, a few uses of profanity and at least one rough and about a half-dozen crude terms. The Catholic News Service classification is A-III — adults. The Motion Picture Association of America rating is PG-13 — parents strongly cautioned. Some material may be inappropriate for children under 13

NEXT: Like the conflict itself, ‘The Vietnam War’ is disturbing but unresolved