Money, drugs, sex and Tom Cruise: It certainly is ‘American Made’ 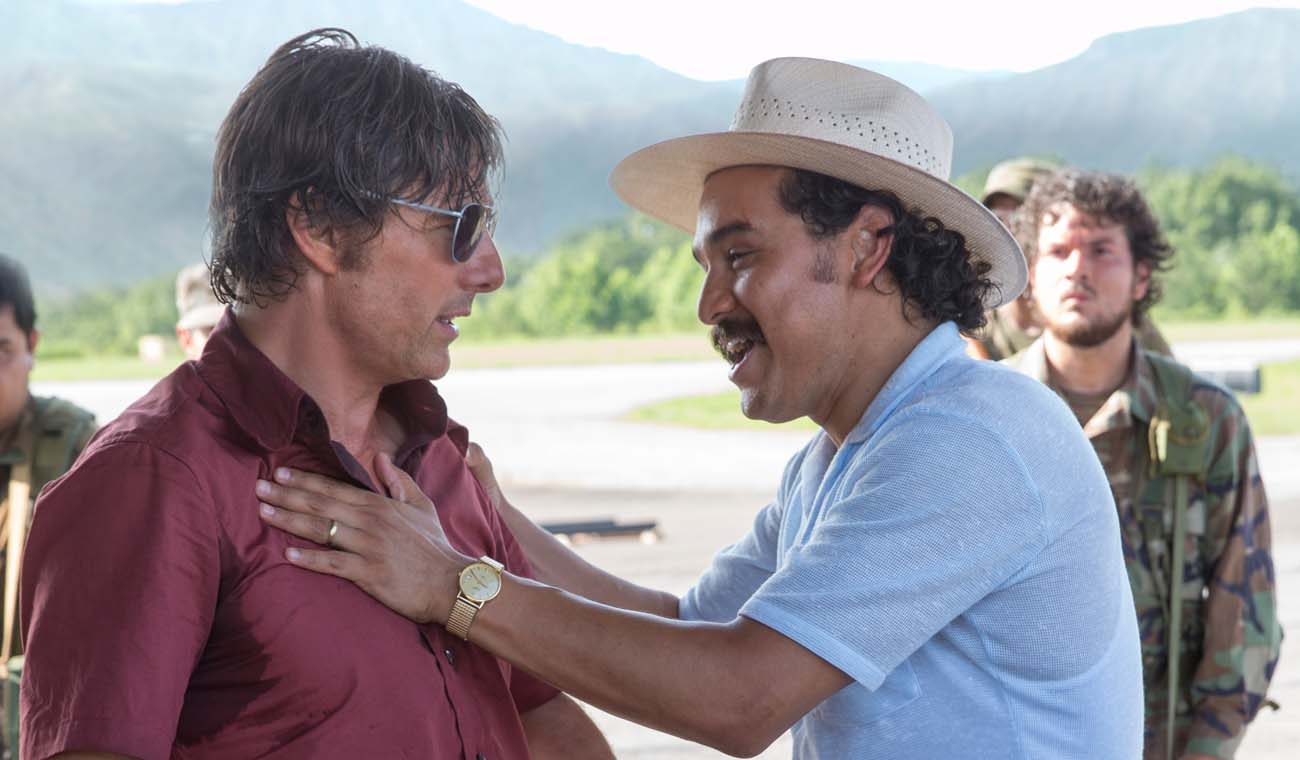 Tom Cruise and and Alejandro Edda star in a scene from the movie "American Made." (CNS photo/Universal)

NEW YORK (CNS) — “American Made” (Universal), the wild, fact-based story of airline pilot-turned-gun-runner Barry Seal (Tom Cruise), is far too turbulent for youngsters and even too bumpy for most of their elders.

That’s a shame because, given a different treatment, this unlikely tale of a man playing several sides against the middle might have made an entertaining slice of recent history for a much wider audience.

Bored with his career ferrying passengers around the country for TWA, Barry reacts enthusiastically when approached by CIA operative Monty Schafer (Domhnall Gleeson) with the offer of a covert mission. It’s the early 1980s and the opening stages of the Reagan administration, and Schafer wants Barry to transport arms to the U.S.-backed contra forces fighting the Sandinista government in Nicaragua.

This turns out to be exciting, dangerous but straightforward work. Yet Barry is soon diverted from it by the chance to smuggle cocaine for the leaders of the nascent Medellin drug cartel, Jorge Ochoa (Alejandro Edda) and Pablo Escobar (Mauricio Mejia).

Discovering, more or less simultaneously, that the contras would rather get rich than fight, Barry develops an elaborate scheme to supply the weapons to the gangsters and the narcotics to the guerrillas — all the while pretending to carry on with his original assignment from Schafer.

The immense wealth Barry amasses as a result delights his loyal wife, Lucy (Sarah Wright Olsen). But it also arouses the suspicions of Craig McCall (E. Roger Mitchell), the local FBI agent in the area of Arkansas to which Schafer has relocated the Louisiana-bred Seals, as well as those of their new home town’s Sheriff Downing (Jesse Plemons).

Director Doug Liman and writer Gary Spinelli revel in the improbability of their tale and the law-flouting skills of their protagonist. But, after further complications set in, they try to have it both ways where the white powder is concerned, condemning government hypocrisy while letting Barry himself off the hook.

Add to this ambivalence their explicit portrayal of the passionate nature of the central pair’s bond and the constant vulgarity that marks the script, and the result is a free-for-all that makes apt fun for few.

The film contains strong sexual content, including graphic scenes of marital lovemaking, a glimpse of full nudity and implied aberrant behavior, some stylized combat and other violence, a drug theme, several uses of profanity as well as pervasive rough and much crude language. The Catholic News Service classification is L — limited adult audience, films whose problematic content many adults would find troubling. The Motion Picture Association of America rating is R — restricted. Under 17 requires accompanying parent or adult guardian.

PREVIOUS: Author’s take on why church matters seems like time travel to 1950s

NEXT: On TV or at the movies, the water’s fine to dive into ‘Swim Team’