Wilderness trek takes the usual route in ‘The Mountain Between Us’ 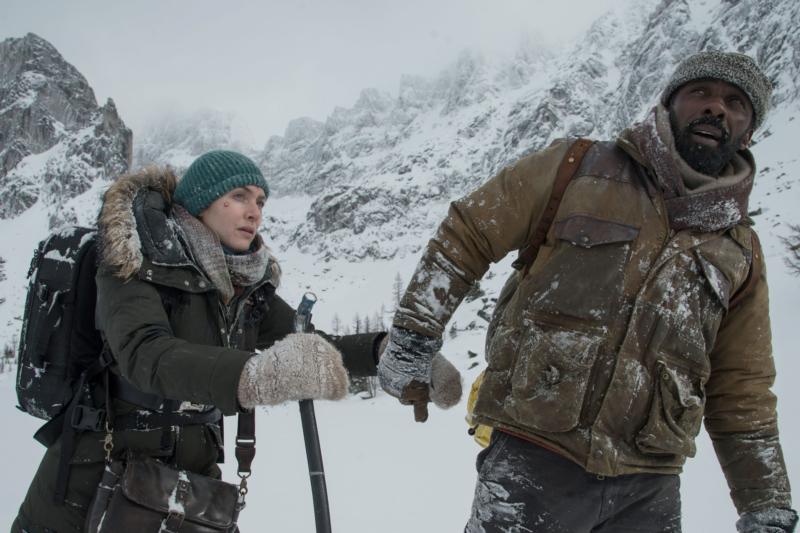 Kate Winslet and Idris Elba star in a scene from the movie “The Mountain Between Us.” (CNS photo/Fox)

NEW YORK (CNS) — The proverbial call of the wild sounds more like a roar in “The Mountain Between Us” (Fox), a trapped-in-the-wilderness survival drama based on the 2011 novel by Charles Martin.

At an Idaho airport, Alex Martin (Kate Winslet) is desperate. The high-strung photojournalist is getting married in New York the next day, but her flight has been canceled due to an approaching storm.

She bumps into dashing surgeon Ben Bass (Idris Elba), who’s in the same predicament. He’s not heading to the altar, but scheduled to perform life-saving surgery.

Alex decides to charter a propeller plane to Denver, where a flight connection to New York awaits. Ben has misgivings about the bumbling pilot, Walter (Beau Bridges), but decides to throw caution to the wind and share the ride. Bad move.

With storm clouds looming, the trio sets off, joined by Walter’s dog. There’s barely time to admire the gorgeous mountain scenery before Walter has a stroke and the plane goes down, crashing on a remote snowy peak.

Walter is killed, but the passengers — and pooch — survive. Alex is badly injured, but lucky for her Ben is just fine and can heal her wounds.

The outlook is bleak. It’s freezing and they’re in the middle of nowhere, with no food, water, or cellphone service, and as Walter never filed a flight plan, no one knows they are missing.

Ben prefers to stay put inside the airplane wreckage and wait for rescue. Alex insists their only hope is to make their way down the mountain in search of civilization.

And so they set off, dog in tow, battling Mother Nature and Father Time. Weeks pass, and the two strangers get to know each other very well indeed — especially when the predicable romantic sparks fly.

Director Hany Abu-Assad does his best with a screenplay by Chris Weitz and J. Mills Goodloe that is more talky than tense, and often borders on the preposterous. But the stunning outdoor cinematography is a welcome distraction, and, mercifully (spoiler alert!), they don’t eat the dog.

The film contains a scary airplane crash, moments of peril, a nongraphic sex scene, and two profane oaths. The Catholic News Service classification is A-III — adults. The Motion Picture Association of America rating is PG-13 — parents strongly cautioned. Some material may be inappropriate for children under 13.

PREVIOUS: ‘The Story of Us’ tells of universal themes, with moral stumbles

NEXT: Hurt by the church? Catholics can find a way to healing