The Christmas story as told by the animals in the manger 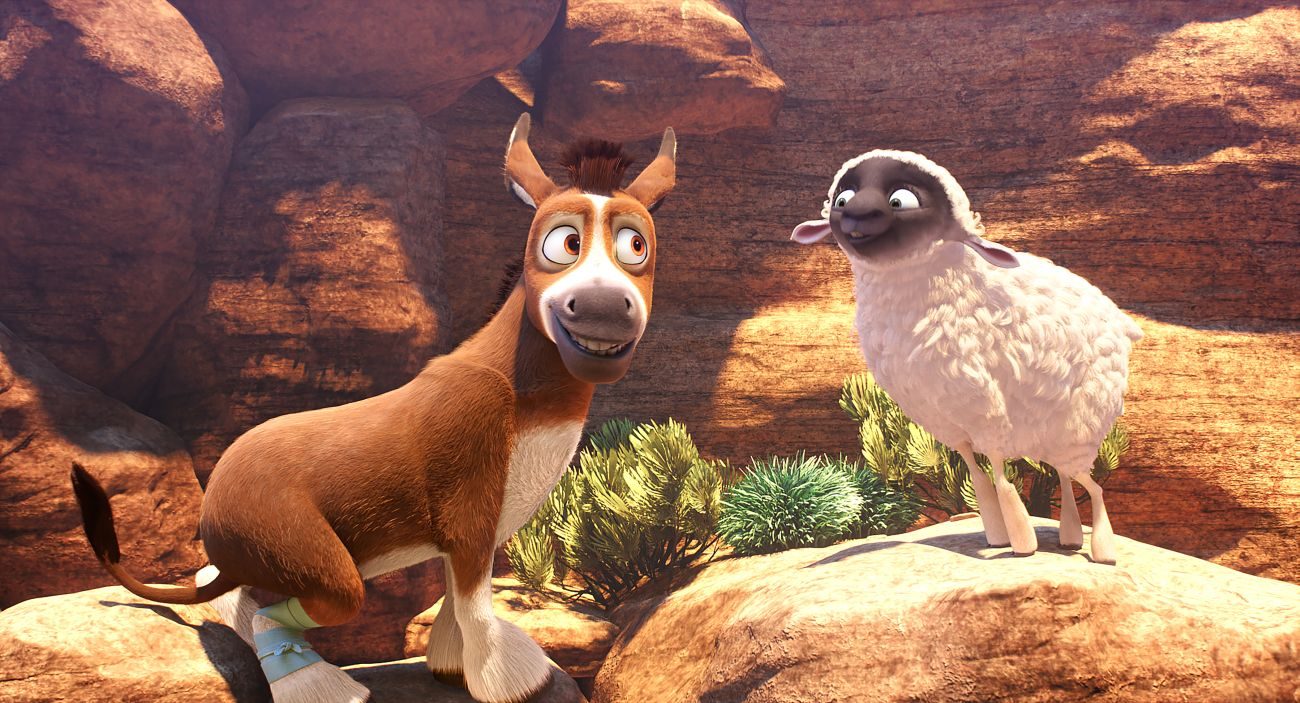 Animated characters appear in the movie "The Star." (CNS/Sony Pictures)

NEW YORK (CNS) — A holiday treat suitable for all but the tiniest, “The Star” (Sony) is a delightful animated version of the Christmas story told from the perspective of some of the animals present in the manger.

Director Timothy Reckart and screenwriter Carlos Kotkin skillfully balance religious themes such as the importance of prayer and the value of forgiveness with a more secular message about pursuing your dreams. They also throw in a healthy dose of straightforward entertainment.

They work their way into the biblical narrative of Jesus’ birth through the adventures of a gentle donkey from Nazareth named Bo (voice of Steven Yeun). Curious about the world beyond the grain mill where he carries out his monotonous work, Bo yearns to exchange his life of drudgery for the fame and prestige to be gained by joining the storied royal caravan.

Bo’s best friend, a lively dove by the name of Dave (voice of Keegan-Michael Key), shares this ambition. And the pals get their chance to fulfill their aspirations when Bo successfully escapes his confinement, though he injures his leg in the process.

Bo is tended to by no one less than Mary (voice of Gina Rodriguez), after which his quest takes a detour. Despite the mild disapproval of Joseph (voice of Zachary Levi), Mary adopts her patient as a pet. Bo, in turn, becomes dedicated to protecting the parents-to-be, as they journey to Bethlehem, from the murderous scheming of King Herod (voice of Christopher Plummer).

Bo is aided in this endeavor not only by Dave but, eventually, by an affectionate sheep called Ruth (voice of Aidy Bryant) whom the pals encounter along the way. Together, the critters do what they can to thwart the unspeaking hulk of a soldier Herod has dispatched to slaughter the Holy Family and the pair of ferocious-seeming but not entirely evil dogs, Thaddeus (voice of Ving Rhames) and Rufus (voice of Gabriel Iglesias), accompanying him.

As a range of characters rely on prayer for guidance and strive to do God’s will, Mary and Joseph present the image of a well-balanced marriage by being strong for each other in moments of trial or doubt. Though some liberties are taken with the scriptural account — Catholic viewers will especially notice the absence of the phrase “Hail, Mary” from the Annunciation scene — overall, the script is faithful to the Gospels.

The inclusion of lighthearted humor, moreover, does nothing to detract from the appropriately reverent treatment of the movie’s sacred subject matter. Though a couple of silly guano-themed lines designed to make little ones giggle might have been dispensed with, overall this is a very solid choice for family viewing. All the more so, as it may serve as the starting point for a discussion of faith in general and of the Incarnation in particular.

The film contains scenes of peril and a bit of very mild scatological humor. The Catholic News Service classification is A-I — general patronage. The Motion Picture Association of America rating is PG — parental guidance suggested. Some material may not be suitable for children.

PREVIOUS: Life of African-American priest told through play ‘From Slave to Priest’

NEXT: New museum tells the story of the Bible — chapter and verse